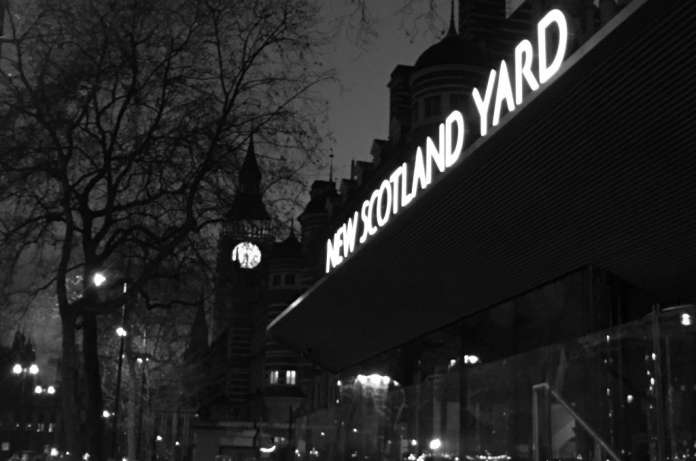 The United Kingdom, ruled as it is by a female monarch in the person of Her Majesty, whose government is headed by a female Prime Minister, with a female Scottish First Minister whose opposite numbers are also female, and also whose province of Ulster has a female First Minister, plus female Sinn Fein leadership, is apparently experiencing severe gender inequality. The co-leader of the Green Party is female, as is the leader of the Welsh Nationalists. It is therefore surely some comfort to British menfolk that Jeremy Corbyn is the current Labour leader.

Piled on to this preponderance of women in high office is the appointment of Cressida Dick as Commissioner of Police of the Metropolis after the retirement of the current male incumbent. The appointment of Ms Dick as Commissioner is not without controversy. She was the commander in charge of an anti-terrorist operation where an innocent bystander was mistakenly identified as a potential suicide bomber and shot dead by armed officers.

The shooting of Jean Charles de Menezes was taken up by the opportunist hard left as a way to garner sympathy and publicity for their perverted politics. It did no service to Mr de Menezes’s bereaved family for their loss to become a political football this way. In truth, this unfortunate man was the 53rd victim of the London tube bombings of 2005. A tragic mistake was made. However, the Left just saw tragedy and loss as a means to weaken the forces that protect us from evil. But then this is what they always do.

Ms Dick’s rise seems to be all but irresistible, and has the smack of inevitability. She was profiled on Radio 4 as far back as 2007. Her main advantage may be that she was outside the questionable relationships that existed between numerous senior police officers and News International that prevented proper investigation of endemic voicemail-hacking, despite the police having sack loads of evidence seized from Glenn Mulcaire and others.

It’s open to debate if London ever gets the Commissioner it actually needs. Appointed by politicians, it is a political job. The incumbent has to balance the interests of numerous self-appointed ‘community leaders versus the need to keep the streets safe. This is not helped by liberal commentators who, when mugged outside their houses in Islington, Hackney, or Shoreditch, actually blame themselves for being robbed and make out that the criminal is actually a victim of economic circumstance and thus technically ‘innocent’ of anything the police should be interested in. It’s a kind of liberal meme.

A factor is that London, certainly the areas that need the most policing, is heavily socialist. Policing in this country is more or less by consent, so diversity, for better or worse, has to be in the mix. If this gets in the way of public safety, that that is an issue. There are a disturbing pattern of knife murders of teenagers in the capital, while nationally the murder rate goes down. This does not attract as much attention as it should do, apart from a burst a few years back.

Cressida Dick’s London is a highly cosmopolitan city. It has the roughly the same population and GDP as Sweden. And yet of the two, it is the ‘liberal’ Sweden that is experiencing difficulty integrating the new arrivals to its shores. This belies the so-called ‘Nordic Model’ so beloved of the Left.

There are serious levels of violent disorder in Sweden associated with the failure over several years of its government to assimilate the new arrivals to their country. An official report states:

[…]there are currently 55 geographical areas where local criminal networks are considered to have a negative effect on the local community. The areas are distributed over 22 cities – from large cities to smaller towns and are considered to be socioeconomically vulnerable. The large criminal impact on the local community appears to be tied to the social context in the area rather than a will among the criminals to take power and control over the local community. […] The development in the areas has made it difficult to investigate crime. The police has also in other respects had difficulty working in these areas, among other reasons because the surrounding reacts against the police during arrests or by attacking police vehicles.

Imagine if there were 55 such areas refusing to be policed on Cressida Dick’s watch. There would be public outrage. As in Rotherham, the Swedish authorities are hiding the truth behind serious crime statistics by refusing to acknowledge the relationship between immigration and criminality. The last time statistics on immigrant crime were collected in Sweden was over a decade ago in 2005. The closest that the Swedish government itself will admit is that “According to the most recent study, people from foreign backgrounds are 2.5 times more likely to be suspected of crimes than people born in Sweden to Swedish-born parents.”

The facts are that the ‘Nordic Model’ deters recruitment due to the high costs of employment, which hits immigrant communities the hardest. The foreign-born unemployment rate in Sweden is three times that of the UK. The Swedish government excuses the criminality thus: “the main difference in terms of criminal activity between immigrants and others in the population was due to differences in the socioeconomic conditions in which they grew up in Sweden. This means factors such as parents’ incomes, and the social circumstances in the area in which an individual grew up.” And yet left-wing pundits, like Owen Jones, still mindlessly sing the Nordic Model’s praises, most recently when faced by The Conservative Woman‘s Laura Perrins on the BBC.

Instead of cosmopolitan Britain looking to Sweden, it is in fact monoculturalist Sweden that should look to Britain. The ‘Nordic Model’ is actually cultural and social, not economic and political. It has not travelled anywhere outside of Scandinavia and appears exclusively nativist. As the country properly globalises, it is finding that this social model is breaking down. The Swedish police could do worse than look to the model of law and order in London.

Cressida Dick has had to make the toughest of decisions in her career to protect the people of London, decisions her Swedish counterparts seem to be shying away from when faced with them for the first time. Liberal commentators are wrong in the utopian praise of Sweden. And they should not rake up challenging operational matters to prevent Ms Dick from keeping Londoners safe.