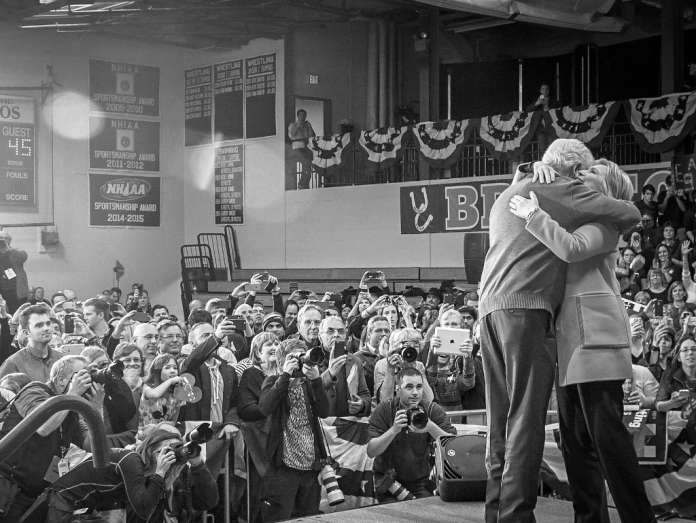 The polls were, once again wrong. A confirmation bias crept in, favouring the Left. This is not too surprising. Since the media and pollsters appear to have been steeped exclusively in ‘progressive’ thought for the duration of their academic and professional careers, they will tend to disregard opinions and ideas they regard as heretical, despite their statistical significance.

While Democrats were trying to build a coalition of so-called ‘victim’ groups, liberal commentators regard the ascendancy of Trump as being due to an alliance of the ‘victimisers’, racists, homophobes and misogynists. This is the irrational nonsense that passes for sane discourse in the left-wing journals of choice. It is no wonder there is confirmation bias in the media and professions based on it if they subscribe unquestioningly to this kind of Manichean tripe.

Once again, after losing an election, the Left is mounting scornful attacks on voters for the winning side. And, true to form, the sore losers in this Republican clean sweep are taking to the streets. The protesters seem to regard any election that their side does not win as undemocratic. But this is normal for the Left the world over. They cannot understand how their ideas can lose at the polls.

It is, however, a kind of mirror image. Before the vote, Trump derided the ballot as rigged. After the vote, the accusations come from his losing opponents. Neutrals officiating at this quadrennial festival of democracy must despair.

And what of Hillary? Will she come back in 2020? Not if Trump has anything to do with it, if he keeps his promise to investigate her activities. At this time, Hillary seems doomed anyway.

Barack Obama could give Mrs Clinton a presidential pardon, like the one given by Ford to Nixon over Watergate, for any illegal activity she committed in office, even if she has not been charged with a crime. This would forestall Trump, making an investigation irrelevant, but would destroy Mrs Clinton’s ambitions, by branding her as a crook who got away with it. However, it would limit the collateral damage to the Democrat Party, and Obama’s loyalty will probably be more to his party’s future than his former primaries’ rival’s past. Speculation on this is now trending news following a question put to White House staff, and the halting answer given.

So, as well as saying hello to President-elect Trump, it may be finally time to say goodbye to Secretary Clinton. She got that far, but no further. I am sure the whole Clinton political machine will be missed by some people.