NewsPaperthe art of publishing
HomeNewsPaul T Horgan: The fall of the Ottoman Empire explains most of...
27

Paul T Horgan: The fall of the Ottoman Empire explains most of our ills 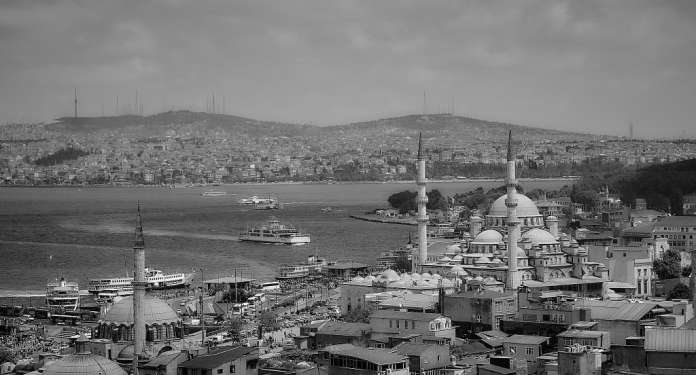 We are in the middle of a war against Islamist terror. At the same time, the world is moving out from the worst economic disaster for over 80 years. Pull out further and we see that this new war succeeds the Cold War, which went rather well for the West. Pull back further, and we see that the Cold War was a consequence of World War II. Further back and this can be regarded as the second segment of a 30 years’ war running from 1914-1945, with an interval during which a new generation of menfolk could be born to nations to continue the fighting.

The over-arching event that covers this era and more is the rise, decline and demise of the Ottoman Empire.
Although the Ottoman Empire fell 99 years ago, the effect of that decline and fall is felt through most of the world. The empire spanned Eastern Europe, North Africa, Anatolia, the Middle East and parts of what used to be the USSR. To trade with the Far East using overland routes, it was necessary to travel through its territory. With trade came prosperity.

Up to the 1600s or thereabouts, the Ottoman Empire had the potential to extend its reach to Western Europe. The tipping-point in favour of European ascendancy is widely regarded as the Battle of Lepanto, a naval engagement that successfully challenged Ottoman control of the Western Mediterranean. At the same time, Europeans discovered nautical trade routes that bypassed Ottoman lands, as well as colonising America. The Renaissance and Enlightenment also bypassed the Ottomans.

Despite being in a relative decline that spanned three hundred years to its fall, the Ottoman Empire avoided a decisive military defeat for a couple of centuries. However that started to change in the post-Napoleonic era. This marked the beginning of a new and growing destabilisation of Eastern Europe.

Imperial Russia saw itself as the champion of the Slavic races that were under the Ottoman yoke. It also had ambitions to take over Constantinople (now called Istanbul) and to dominate the Turkish straits. It was the start of the Eastern Question. What to do about the vacuum left by the decline of Ottoman power? The answer was simple: war.

The Crimean War of 1854-6 and the Russo-Turkish War of 1877 were both triggered by Ottoman weakness. General war over the outcome of the latter conflict was avoided in 1878 by a Great Power peace conference. The next 30 years were marked by Ottoman retreat from Europe following military and diplomatic defeats and not-too-stable successor states takings its place.

The creation of the Serbian nation began to destabilise the Balkans. Organisations within Serbia, not the most stable of countries, sowed discontent in Bosnia and elsewhere as part of a goal to create a Serb-dominated kingdom of the Southern Slavs. Austria’s warlords were itching for a fight. Germany, concerned that their only real ally in Europe was fracturing, had no choice but to support them.

The spark came in 1914, after a succession of crises and regional wars in the previous decade that were nearly all related to the decline of Ottoman power in the Balkans and Mediterranean. The Ottomans decided to join Germany and Austria-Hungary in making war on the Entente powers as a way to avoid the abyss. This had the effect of shutting off Russia’s Black Sea ports from food and material imports that could sustain it in the fight.

Had Britain and France been able to supply Imperial Russia due to Ottoman neutrality, the USSR may never have existed.

In World War I, the Ottoman Empire once again demonstrated its resilience at Gallipoli and elsewhere. The fighting in the Middle East, although at a lower intensity than the Western Front, lasted as almost as long, with a similar ending.

The fall of the Ottoman Empire was not the end of the story. We are living with the consequences of how the empire’s former territory was redistributed. Arabia ended up under the control of a family that practices a most puritanical form of Islam in the form of Wahhabism. They later discovered oil under their desolate lands, ensuring global genuflection. Mesopotamia was partitioned with no reference to the distribution of ethnicities, tribes or denominations. Palestine was promised to its inhabitants, but also to Jewish immigrants. The Caliphate was effectively abolished, destroying a focus for the religion of Islam. None of these events promoted lasting peace.

There is a general war of the kind discouraged in Europe taking place amongst the empire’s successor states and factions in the Middle East that has been in full swing since 2011. There is no reason to believe this situation will not persist for decades, if not centuries.

The decline and fall of the Ottoman Empire is a global event that has occupied all of the Great Powers except China for about 300 years. It has caused the fall of younger empires in war and weakened others. It has started one World War that led to another. It threatened war between the superpowers in the 1970s. The Arab-Israeli conflict is directly related to the collapse of Ottoman power in its Palestine territory. It is the cause of a multi-sided conflict in the Middle East, as well as terrorism across three continents. The partitioning of Ottoman lands into sovereign nations created failed states that harboured fanatics and despots. The most stable post-Ottoman countries are the monarchies that did not fall to republican revolutionaries.

The maps need to be redrawn. This is a task that will take decades, if not centuries, to complete. Even Turkey is not entirely stable.

The Ottoman Empire has been largely forgotten or ignored by people who have a Euro- or Anglo-American-centric interpretation of world history. This is a far too parochial a view.

In similar circumstances, following the fall of Rome, it took the various imperial territories close to a millennium to emerge from tribal lands to recognisable nascent nation-states. There were many wars. We are not even into the first century of a Post-Ottoman world.

Like it or not, we have all been living in the shadow of the Ottoman Empire, and may do so for many years to come. The fall of empires is never peaceful.