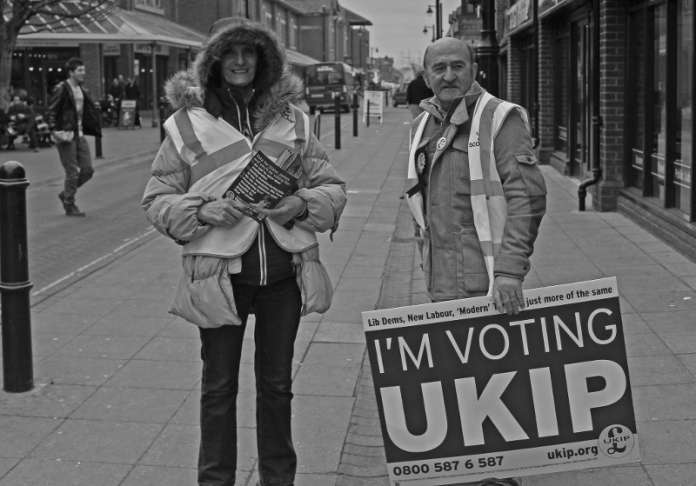 Of course there has been a lot of fallout following this result. The surprising thing is that our political betters seem to have been unprepared for the result. Perhaps the word ‘contingency’ is not in their dictionary. To assist them, it is near the phrase ‘continental drift’.

The ‘young’ are blaming the ‘old’ for voting to leave the EU. This voting pattern seems strange. Traditionally, it is the ‘young’ who opt for change and the ‘old’ who prefer the status quo. For some reason this has been reversed. Apart from visa-free travel in a gap year or to the fleshpots of Ibiza in the summer, it is difficult to understand why this is so. Perhaps there are some graduates who are seeing their chance of working in Warsaw diminishing. For the ‘old’ they have lived under the EU for longer. They did not want to do so any more. Theirs was the informed decision.  The ‘young’ wanted to avoid filling in a form.

If the young wanted to remain in the EU, perhaps they should have voted in greater numbers. While a majority of young voters apparently wanted to Remain, the total number of young voters who voted were proportionately smaller than their elders and betters. Put brutally, the young stayed at home in front of the flat screen of their choice. The old braved the elements on a very rainy day and voted.

I make a point of voting at 7am at my polling station at election-time. At the General Election, I was there at the appointed time with three or four others. At the PCC election, I was the only person there. For this referendum, there had to be two or three dozen people waiting to vote. And this was in the pouring rain. None of the voters present were under 25. Young people were apparently not interested in voting. The only young people who feel betrayal are those who voted Remain and did not see the vote go their way. Well, boo-hoo. Grow up. People vote to express an opinion, not to back a winner. There is a difference between a ballot paper and a betting slip. The vote is over. No backsies.

The State bent over backwards to increase the Remain vote, to the point of extending the voter registration period by a couple of days after the online registration website crashed as people rushed to perform a simple five-minute task they could have completed any time in the previous months instead of at the very last minute. This was seen as largely benefiting the Remain vote. Had this not been done, the margin of victory by Leave would have been larger. But there would still have been the moaning.

This is also a referendum that leaders in the main parties have avoided holding for two decades. There can only be one reason why John Major, Tony Blair, Gordon Brown, David Cameron and Nick Clegg did not hold a vote in their first full term of office: they all knew that the British public would have voted to Leave at any time in the last 20 years, especially after the euro-meltdown in 2008. They also knew that there was no parliamentary political party that could articulate this desire.

The only reason that David Cameron promised to hold a referendum at this time is that the only pro-referendum party in the UK, Ukip, was taking votes away from him, and he feared that it was entirely possible that a refusal to make this promise in 2013 would have lost so many votes to a third-placed Ukip at the 2015 General Election that the Conservatives would have come second in numerous constituencies as their vote split. Ed Miliband with his absurd ’35 per cent strategy’ of only appealing to his core vote would have entered 10 Downing Street on a leash being pulled by Nicola Sturgeon. As to whether he would have been on all fours while doing this is entirely up to your imagination.

In fact the rise of Ukip can be directly traced to this ongoing refusal by any government to hold a referendum. 2010 was the last possible moment that any government could refuse to hold a referendum and not have parliamentary seats go to Ukip. Even after David Cameron’s 2013 promise to have the referendum as a manifesto commitment at the next election, following Ukip’s victory in the 2014 European Parliament elections, two Conservative MPs realised they could still lose their seats in 2015 and defected to Ukip to avoid this.  One was vindicated.

In 2015, Ed Balls did not benefit as much from the collapse of the Liberal Democrat vote in his constituency as much as Ukip did. Because Labour did not hoover up the anti-Tory vote in Morley and Outwood, Ed Balls is out of Parliament, perhaps for all time. Fear of Ukip is informing the current Labour coup against Jeremy Corbyn. Labour voters do not regard Ukip as a vote for a Tory tribe. In fact, they see themselves in its candidates as Labour becomes excessively middle-class, studenty and metropolitan. It is possible that a new Tory Prime Minister will win a snap election and find Nigel Farage as Leader of the Opposition, thus making Ian Hislop and Paul Merton a significant force in British politics.

An explanation of why the young in this country were so pro-Remain may be because for many years, national images and a sense of country and history has been suppressed for England and the Union. The England flag was associated with football hooliganism. The Union Jack was co-opted as a symbol of the National Socialists of the far Right. The colours of the flag even disappeared from the Conservative Party logo; red white and blue were replaced by a green and turquoise tree. ‘Cool Britannia’ tried to redefine this country by erasing its heritage and history.

Then came the London atrocities on 7th July 2005.

They were committed by three men who had been born and bred in this country and one who had lived here from the age of five, but who had lost all affinity or loyalty to the point that they saw the mass murder of innocents going to work was an acceptable political statement in this country. The suppression of British identity had to go into reverse. Innocent people were now dying. The State was failing in its duty to protect by undermining one of the foundations of civil society in the pursuit of an internationalist ideal.

Labour politicians started talking about British identity for the first time in decades. The Union Jack made a comeback as a popular national symbol, as did the cross of St George outside of soccer. National identity based on Great Britain and not its constituent parts gained greater prominence. Gordon Brown started talking about ‘British Jobs for British Workers’, even though he was prevented by the EU from doing anything about this.

We are also seeing Scotland and Northern Ireland opposing leaving the EU on the basis that a majority of people there voted to Remain. This is actually irrelevant. The referendum was a binary vote covering the entire United Kingdom based on a single proposition. The counting took place at a local level to provide value for money, but it is only the UK-wide aggregate of all the counts that is of significance.

Had the UK voted to Remain, with the votes of London, Scotland, Wales and Northern Ireland voting Remain and the rest of England voting Leave, it is unlikely that there would be so many voices raised in protest, but this is because the political establishment routinely suppresses English nationalism to the point that an English Labour politician of a metropolitan bent believed that mocking the flag of St George was generally acceptable.

Referenda are decreasingly rare in this country, but they have to be regarded as a binary choice for the entire electorate, not for politically significant subdivisions, which can form the basis of separatism. Ironically, a majority of voters in Leave supporter John Redwood’s Wokingham voted to Remain. Does this mean that Wokingham District Council should get on the phone to Juncker or Tusk or whoever to establish a special economic relationship with the single market? If this kind of nonsense continues then perhaps in future all the votes in a referendum should be taken from the polling stations to a central location to be counted for the country as a whole. But, of course, the risk of lost votes and the cost of the exercise would both be high.

Despite the extra registration time and the regional differences, the delay of many years until a new generation with different thinking injected by state and higher education and the media, the United Kingdom people voted by a majority of over a million to leave the EU. Providing exemptions for different voting areas is ridiculous. The nationalists in Ireland and Scotland should be ashamed of themselves for sabotaging the expressed will of the British people as a whole in this way by using the vote as an argument for greater devolution. They are willing to abuse democratic voting until they get the decision they want, just like the EU does. That way lies dictatorship.