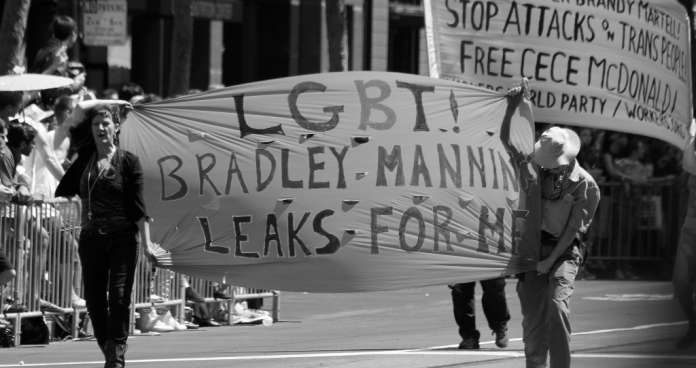 During World War II, the US Army published a series of intelligence bulletins to alert soldiers of what they would experience in the combat zone. They make sobering reading, especially about the booby-traps left by retreating German soldiers to kill and maim the unwary.

Formal documentation was not the only tool used to educate soldiers to control their behaviour. The Warner Brothers production team, responsible for classic cartoons featuring Bugs Bunny, Porky Pig, and the rest, was enlisted by the US Army to find a way educate their citizen army and prevent reckless conduct. The ‘Private Snafu‘ cartoons were the result.

Snafu, for the uninitiated, stands for ‘Situation Normal, All Fouled Up’, in the cleaned-up version of the acronym. The eponymous hero of the cartoons was a bumbling idiot, abjuring common sense and always following his desires. In this regard, he bungles his way through his military career, making avoidable mistakes that kill him several times over. The objective was to ensure that no soldier behaved like Snafu. The logic was that solders are not programmed robots or always under supervision, but have some ability to make good and bad choices.

Last week, the US Army released a real-life Private Snafu from military prison. Born Bradley Manning, the he is now officially, if not anatomically, a she. Manning was sentenced to 35 years in jail for betraying his country by releasing intelligence while serving in Iraq. Manning, who is now actually wo-manning away from masculinity, seems to have been unfit to serve in the US Army. This was a person beset with problems since before birth. You may read the troubled life at Wikipedia.

The article is a list of excuses. Manning betrayed his country and caused damage. For this, while still a he and called Bradley, Manning was jailed.

For some reason Manning is regarded as a hero. But this status is being conferred only by America-haters. Manning was not a hero. He was useless at his job. He failed the Army and his country.

However, all the sound and fury does distract from what should be the main issues.  Why was such an unsuitable soldier as Manning placed in a position of responsibility?  Why was there not more than an ‘honour system’ to prevent anyone leaking intelligence?

Manning’s treachery was not sophisticated. This was not a Philbyesque or Bluntite mole who had spent years working his way into the organisation with specific intent. It is not clear when exactly Manning decided to betray his country, but the justification that this was a protest against US military policy rings false. Manning was not a whistleblower, drawing attention to a single issue that was in the public interest. Instead Private Snafu stole everything he could get his hands on. For months. No-one noticed.

It is clear that the US Army, for the trillions spent on it, was not immune to Private Snafu. His treachery was not difficult. Manning took a rewritable CD into his place of work. The disk was cunningly disguised as a Lady Gaga album. Manning would act as if he was using his computer’s CD drive to listen to music while working. Instead, Manning was downloading thousands of classified documents. No-one noticed the ‘Gagabytes’ of data traffic going into his workstation, including such gems as cables about Prince Andrew’s overseas trade visits. The security system was unable to differentiate on relevance. Information was not organised into silos based on need-to-know. While USB drives were banned by the military, computer drives that would write data onto removable CDs were permitted. No-one in the entire apparatus of the US Military seems to have noticed this.

If Manning had not performed his treachery, then someone else could have done it. Given the crime’s simplicity, they probably have. All the US military had to protect itself from a massive leak of information was a sense of honour and loyalty by its soldiers, and that’s it. It only takes one.

And this may explain why President Obama decided to release his nation’s worst soldier. Yes, he was Private Snafu made flesh. Yes, he betrayed his country. Yes, he caused damage by his disloyalty. However it seems clear that he should have been joined in jail by a slew of more senior personnel. There were criminal levels of negligence by officers that facilitated this treachery. Manning’s celebrity means that no-one pays attention to his superiors, who ignored the obvious risk of computers from which data could be removed, and who devised systems that allowed universal access irrespective of job function or task requirements. These people also allowed a person with documented mental health issues to work in a highly sensitive position.

Whenever a major organisation suffers a catastrophic failure directly due to a lowly individual’s actions, like the collapse of Barings at the hands of Nick Leeson, the true responsibility for the disaster radiates upwards. These fiascos are invariably the failure of management, a disaster waiting to happen. If deterministic forces, such as organisational processes, can be totally subverted by an individual, then the processes are at fault, and so is the management that devised, signed off, and implemented them. The security apparatus of the most powerful army on earth was made irrelevant by a sole private soldier with gender issues.

Manning is set up for life as a celebrity traitor thanks to his leveraging of identity politics. Less Private Snafu and more a gamine ingénue with a story, the now-she can dine out on this for decades. The book deal, interviews, one-woman show and biopic await  However, there should be no doubt that Private Snafu would not have got there without the antics of Captain Clot, Major Mistake, and General Disaster.

Share
Facebook
Twitter
WhatsApp
Email
Previous articleKathy Gyngell: Time to get tough with the would-be jihadists in our midst
Next articlePhilippa Taylor: If we trust women, we should listen to them on abortion