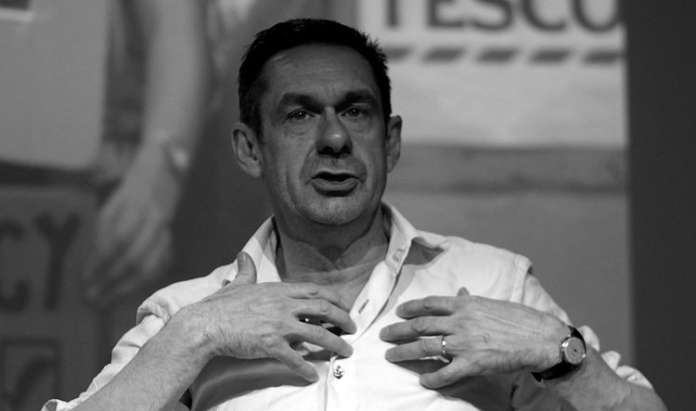 Lev Bronstein, aka Trotsky, tells of once following a line that differed from that of Vladimir Ulyanov, aka Lenin. Trotsky was obliged to recant and confess his sins for this heresy. Once Lenin passed away from cancer in 1924, there was a schism as the remaining Russian leaders of time the vied for personal power despite their collectivist beliefs. Trotsky was the loser and went into exile. Ioseb Jughashvili, aka Stalin, triumphed and led the USSR, dying by natural causes in 1953. Trotsky didn’t in 1940.

In the late 1930s, Stalin had a problem. As the undisputed ruler, the failures of the USSR on his watch had to be his responsibility. It would have been possible for some of his fellow Old Bolsheviks to formulate a line whereby Stalin could be deposed. This represented a potential threat to the rule of the paranoid dictator.

There is a saying that has been incorrectly attributed to Stalin: ‘Death solves all problems. No man, no problem.’. The reason it was incorrectly attributed is that Stalin followed this idea with gusto. Paranoid about potential threats to his rule, he carved a scythe through the Old Bolsheviks to ensure none of them could organise to succeed him.

There were numerous show trials, where the men who had walked side by side with Lenin were accused of fantastic crimes. They were promised their lives if they admitted to Trotskyite conspiracies, incorrect thinking, and collusion with foreign governments. Instead their false confessions to imaginary crimes resulted in a bullet in the brain in a basement cell in Moscow’s Lubyanka prison.

Stalin’s last hatchet-man, Lavrentiy Beria, had two predecessors at the top of the NKVD, the ancestor of the KGB, who were executed after similar bogus confessions. Beria himself was executed shortly after Stalin’s death, accused in a show trial of being a British spy and numerous other fantasies.

The career of Corbyn as Labour leader seems to be an amalgam of Lenin and Stalin. Like Lenin, Corbyn’s disciples hang on his every uttering, however ridiculous it may be. Like under Stalin, those comrades who criticise the Dear Leader are unflinchingly purged, except that the violence takes place in cyberspace, in the form of online abuse and threats. This is not too surprising.

Corbyn has openly associated with Stalinists for years. There is an organisation called the Stalin Society. Its function is to ‘rehabilitate’ Stalin’s reputation by producing revisionist histories that eliminate the crimes against humanity, including the holocaust in Ukraine, the mass murder of the purges, the genocide of the Poles. Corbyn shares a platform with these Stalin apologists in the Stop The War Coalition.

The association with Stalinism goes further. The most faithful of the Corbynites are members of an organisation called Momentum, that depicts itself as building upon the impetus of Corbyn’s first leadership campaign. Like all left-wing groups, it is having its first schism. The target is a group of Trotskyites called the AWL who, appropriately, wish to poke their way into the organisation. A recent policy change means the Trots are being purged. Stalin would have approved.

Curiously, while the Labour Party was assiduous in purging Trotskyites, it seems to have had no problem with Stalinists.

Fantasy accusations redolent of Stalinist show trials also form part of the Corbynite left’s culture. Paul Mason was the economics editor of Channel 4 News, after holding the same job on BBC’s Newsnight. He is also a left-wing extremist, having been immersed in Trotskyite politics. Mason recanted his previous ‘incorrect’ position to become a Corbynite cheerleader. Managing editors at Channel 4 did not seem to mind him taking to platforms in front of like-minded comrades to pledge his devotion to the Dear Leader. Perhaps this is because Channel 4 News is a lost cause when it comes to objective reporting. No-one has bothered to set up a Channel 4 Watch.

Mason’s new-found adherence to the Soviet nostalgia bandwagon was found to be faltering when Corbyn’s polling kept nose-diving. He was recorded in a Liverpool cafe at the time of the Labour Party Conference saying:

“The person who I would replace Corbyn with eventually is this guy called Clive Lewis. He’s good. He’s to the right of Corbyn. Not a very convincing politician, he’s not 30 years of ultra-Left, but he’s good. He’s good enough for me. […] Corbyn doesn’t appeal to the mainstream working class vote. It’s to do with a cultural thing about London. Mainstream working class voters like big… to be honest if Clive stood, that’s what they want – somebody with a big ego who would shout. Corbyn goes to England on a bike and cycles round. Working class people go to Ibiza. He has no cultural references to the way they live.”

The truth. The horror.

The Sun gleefully published this. Mason complained. He wanted The Sun in a show trial and demanded the Independent Press Standards Organisation do the dirty work. Like at a Stalinist theatre of the grotesque, Mason made several fantastic accusations of his intended victim.

None of them were proved. This is not the USSR. Stalin is actually dead.

Mason accused The Sun of a breach of privacy. Not so. The recording was made in a public place. The restaurant had bench seating. Mason was not in a booth and was talking loud enough to be heard by fellow diners, including The Sun‘s journalist.

Mason accused The Sun‘s journalist of being a specialist in secret recording and planting listening devices. Not so. The recording was made using a smartphone by a regular journalist.

Mason accused The Sun of using specialist photographic equipment. Not so. Again, this was a smartphone. Available in all good stores.

Mason accused The Sun of breaching the industry code. Not so. There was no bugging or subterfuge involved. If Mason wanted privately to voice misgivings about Corbyn, he should have chosen to do so in private. He didn’t.

Has Mason been purged by the comrades for his legitimately-acquired heretical statements? It’s difficult to determine. Perhaps he redeemed himself by using Stalinist hyperbole in his failed attempt to attack a newspaper he openly hates. Perhaps, like his former hero Trotsky, he can recant and confess, as he has previously done. Whatever Mason’s fate, Stalinism remains alive and well and functioning at the heart of the Labour Party. Trotskyism has been picked off.