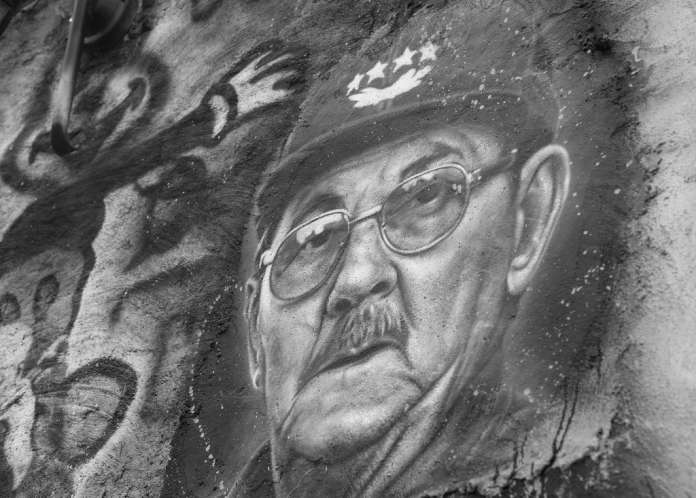 The reaction to the death of communist dictator Fidel Castro divides neatly into two strands. There is the Liberator/Moderniser strand as articulated by Jeremy Corbyn, which glosses over the crimes Castro committed against his own people. There is also a Communist/Dictatorship strand that is articulated by the sensible remainder. Much has been made of how Castro developed Cuba’s health service and sent doctors overseas to impoverished nations. This is a distraction. Thoroughbred racehorses also receive excellent medical treatment. This does not stop them from being saddled, bridled and whipped. The materialism of socialism engages in a human form of animal husbandry so its workers may be healthy enough to function in an economic dictatorship.

The BBC jumped on this bandwagon with the assertion that ‘Castro was the longest serving non-royal leader of the 20th Century.’

This is a lie. A Big Lie typical of socialist propagandists.

The BBC also produced this graphic, showing the US Presidents that, according to leftist commentators, Castro has ‘seen off’. Castro did not see them off. Unlike Castro, these men submitted themselves to election and re-election in free, fair and open democratic elections, that became more free, fair and open as the years progressed, thanks to developing civil rights legislation. After two terms, these US Presidents stepped down according to the limits prescribed in the Constitution.

Castro only served one term in office, that term being as long as he wanted it to be. There were no free, fair and open elections. There were no limits on longevity of office, apart from mortality, which is a bit of a dead giveaway as to what the office actually was. There was no development of civil rights in Cuba. There was no political opposition permitted in this slave state.

Castro was a monarch. He was a royal leader by another name. His rule followed the characteristics of royalty. Just because he was a ‘President’ instead of a ‘King’ it does not meant he was not head of a Cuban royal family. On stepping down due to infirmity, Castro was directly replaced by yet another Castro. This is indication enough of a dynastic succession, which is the prime characteristic of royalty.

The fact that other communist dictatorships did not have family members assuming leadership is proof enough of Castro’s royal status in Cuba. Despite all of the so-called social, political, educational and cultural advancement in Cuba, the only person with talent and ability to replace Fidel Castro as dictator-for-life was his own brother. Not even in the Soviet Union did Lenin or Stalin secure positions for their own family in such a way that, on their passing, these family members would have sufficient authority to move the required few spaces down the table in the Central Committee meeting-room to occupy the newly-vacated chair as of right. However this was the case in Cuba.

There are other countries where dynasties hide behind the façade of republicanism. The Kims in North Korea and the Assads in Syria come to mind. Had the world walked away from curbing Saddam Hussein’s ambitions, either Uday or Qusay, his sons, would have succeeded him. Just because the words used are different, it does not mean the outcome isn’t. Jokers and Guardian readers might include the Bush and Clinton dynasties here, forgetting that Hillary and Jeb both lost to other people in open elections.

If someone is styled a ‘president’, this does not mean they are not a king or queen by another name.