NewsPaperthe art of publishing
HomeNewsPaul T Horgan: Len McCluskey is fighting to become Leader of the...
15

Paul T Horgan: Len McCluskey is fighting to become Leader of the Opposition 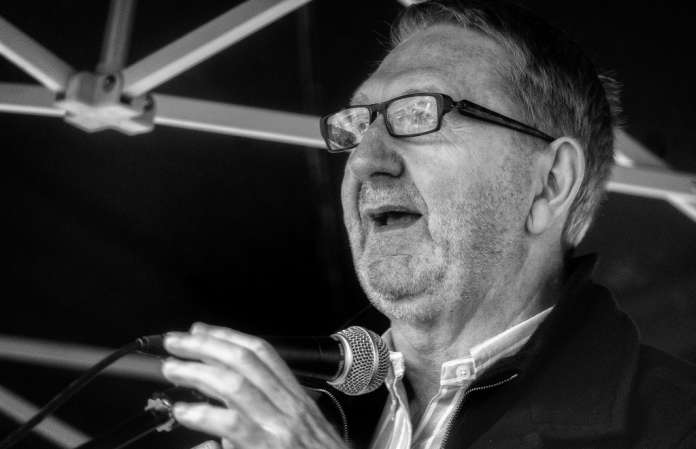 There is currently a leadership election taking place in Britain’s Unite superunion. The election did not have to take place; the incumbent leader, Len McCluskey, triggered it to avoid having to relinquish office, fearing he would have to retire in 2018 after serving a full second term. This way, he has a chance of being a player in the 2020 general election.  Unite is also gradually taking over the Labour Party.

The turnout in McCluskey’s leadership elections is feeble at about 15 per cent of the eligible membership. There is no good reason why the majority of members do not participate in what is billed as a free and fair secret ballot.  By contrast, there are a number of bad reasons. There have been reports of dirty tricks as well as over-the-top attacks against the moderate challenger, who wants the union to stop being run by its most extreme members in accordance with a political agenda.  It is possible that most members keep their heads down for a quiet life. Meanwhile, the union is used to promote a socialist one-party republic in the UK, instead of looking to increase its appeal to the employees of British firms.

The Unite union is the result of a series of mergers of the giant unions of the 1970s. However these mergers may be a consequence of the decline of union membership in the UK. For the union movement to persist as a relevant political force while fewer British workers are members, these dying organisations have to consolidate or perish. This is true of any declining industry; the stronger players will devour those competitors that falter. Unite’s alleged strength is a consequence of its weakness.

Unions exist on the fiction that they act in the interests of their members. This is not true; they act in the interests of their worst-performing members and force everyone else to level down in the name of ‘equality’. They also regard foisting socialist governments on the British people as more important than the prospects for their members. Historically, they have acted as the monopoly suppliers of labour and try to extract maximum value based on that monopoly. They use labour as a form of commodity just as much as the owners of businesses use capital, implying that a shop steward is some kind of joint owner of the enterprise. In this context ideology and altruism are nothing more than smokescreens for the political ambitions of the union leader. Union members are seen as their property.

A union member cannot be his own man, her own woman. They are just drones working at the behest of the union, and not actually working for their employers, denying adaptability, innovation and curbing productivity. Collectivism is incompatible with individual rights. To enforce their control over their members, British unions have been willing to use any form of intimidation from workplace ostracism through, on rare occasions, to manslaughter.

It is public disgust with the culture of violence and commercial decline that informs their reluctance to join a union. Unions have the taint of business failure through their mindless adherence to workplace sabotage in the name of ideology. It is no surprise that the greatest concentration of union membership is in the state sector, a sector that by its nature cannot go bust without national collapse and has no competition that the victims of stoppages can go to short of emigration.

Up until the 1970s, the labour monopoly of the union movement was secure. Union action was having a negative effect on the UK economy as its political agenda to outlaw profit in the private sector eliminated the UK’s global competitiveness. However capital had a solution, which was to close down UK businesses and transfer their investment in jobs to other countries or to non-unionised firms. The British government abandoned full employment as a policy objective, creating a functioning jobs market outside union control. If the result of following the union line was unemployment, members shied away from doing so. For this, the unions had no answer. They still do not.

Unions could not destroy British jobs without destroying themselves. Unite’s weakness was demonstrated in Falkirk, when the owners of an oil refinery dictated terms to the workforce backed by the threat of closing down the business. It is when businesses do not have the option of relocation that unions have captive victims, but in a global economy, these opportunities are rarer.

This then may explain Unite’s desire to take over a political party. It is now impossible for any union to advance a political agenda using industrial action as they did before Margaret Thatcher decisively defeated them. The membership decline is continuing. The problem is that while the predecessor unions had leaders ranging from the soft to the hard left, this superunion is led purely by the hard left, and wants to stay that way.

How does this affect the country? At present there is no functioning opposition party to hold the government to account. Instead there is a loose mixture of anti-Brexiteers, nationalists and commentators that are trying to do the job, but they cannot be a government-in-waiting. Ed Miliband’s opposition was an incoherent shambles, its legacy being tacit encouragement of Syria’s policy of gassing its people.

However, for all that, it did provide a viable alternative for the British voter, which now no longer exists. So there is a serious risk that political opposition may be increasingly expressed by extra-parliamentary action, as most Labour MPs are now on strike. Unite has removed the words in its constitution that restricted it to lawful behaviour. Len McCluskey’s re-election may demonstrate to the British public exactly what that means.