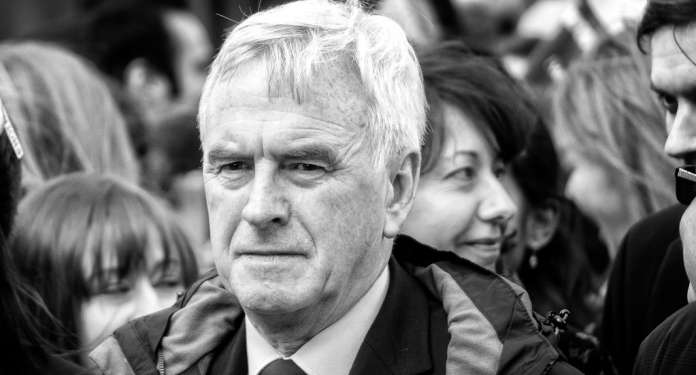 One thing you can say about the Shadow Chancellor is that he does not hide his Marxist beliefs. Unlike his boss St Jeremy of Corbyn, he is quite open about it.

John McDonnell has been deeply involved in the unconscionable politicising of the Grenfell Tower disaster, blaming the tragedy on capitalism in general and the Conservatives in particular, describing the deaths as ‘murder’.

Asked by Andrew Marr to clarify his comments about ‘murder’ on Sunday, McDonnell said “There’s a long history in this country of the concept of social murder”.

Actually there isn’t. McDonnell is talking emotive nonsense. Worse, Andrew Marr and the BBC is letting him get away with it.

The term ‘social murder’ was coined by Friedrich Engels, second only to Marx in founding Communism. It was used in his survey of the Condition of the Working Class in England. There the term lay until it was reused by McDonnell on television last Sunday. It was not used in the years in between by any journalist or politician of note.

The reason that ‘social murder’ is a junk term in Britain is that the dire living and working conditions witnessed by Engels improved over time. He and Marx made the mistake of basing their perverse philosophy on a narrow slice of history during a time of rapid, dislocating change called the Industrial Revolution. McDonnell and his equally-deluded fellow-travellers conveniently ignore the fact that the quality of life for people living at the end of the Victorian era in Britain was better than at the beginning. All without the need for a communist revolution, or indeed the threat of one.

There was no ‘social murder’; there was actually ‘social progress’. No socialist government was responsible for this improvement. The first Labour government was not elected here until the 1920s. Any social improvement between Engels and Ramsay MacDonald has to be the direct consequence of the policies of Liberal and Conservative governments, plus Christian morality. McDonnell’s remarks ignore this. Rich or poor, people in this country live to a ripe old age. They mostly die of diseases of consumption or age, and not deprivation, living conditions, or infection, however much socialists would have us believe otherwise.

I will be writing an analysis of the Grenfell Tower disaster soon. One thing for sure, it was not murder, social or otherwise. McDonnell is stirring up trouble and causing mischief out of human tragedy for his personal benefit and nothing more. He deliberately forgets that the only countries that explicitly practised social murder were the Marxist dictatorships. Their incompetent economic management of their slave populations led to the avoidable deaths of millions when they were not being deliberately killed by the state for political reasons. North Korea, Cuba, and Venezuela still continue this practice today on a smaller scale. A self-confessed Marxist like McDonnell has to be adept at doublethink lest he be driven insane by guilt.