NewsPaperthe art of publishing
HomeNewsPaul T Horgan: On its 100th birthday, the British tank is a...
7

Paul T Horgan: On its 100th birthday, the British tank is a post-Brexit inspiration 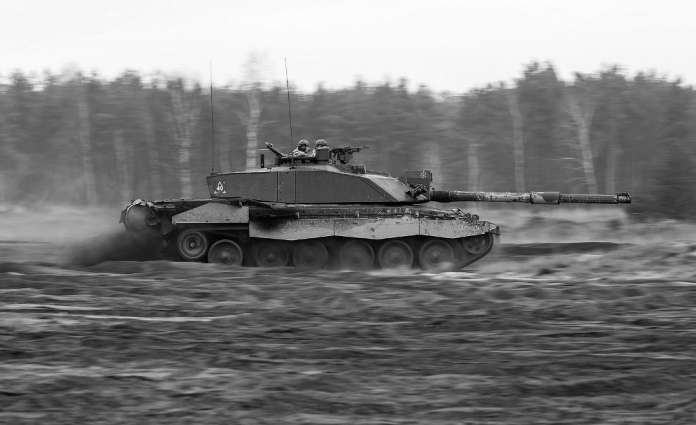 ‘From mud, through blood to the green fields beyond’ is the inspiration for the brown-red-green unit ‘flash’ of the Royal Tank Regiment (RTR).

The RTR is the oldest tank unit in the world. It is one hundred years this week that the RTR went into action during the Battle of the Somme.

The tank is a British invention, an example of British engineering being used to solve a real-world problem. In this case it was increasing the survivability of offensive forces trying to assault through the killing grounds of no-man’s land between the trench lines of the Allies and Imperial Germany.

Is it right to mark the centenary of a weapon of war, a new piece of killing technology? We mark, but do not celebrate, the first atomic test, or the first use of nuclear weapons in anger. We do celebrate VJ Day and Allied lives that were saved by demonstrating to Imperial Japan exactly what the ‘prompt and utter destruction’ mentioned in the Potsdam Declaration actually meant, providing the leadership with the political will to surrender a country where death was preferable to capitulation. Left-wing naysayers, their fellow travellers and useful idiots will use any excuse to condemn the United States of America, and the dropping of the atomic bombs on Hiroshima and Nagasaki. Winning the Pacific War is no exception to this. Peace comes at a price.

Depictions of the use of heavy machine guns in old war films were never accurate. They were area denial weapons, designed to create a zone of death that it was impossible to cross and live. An example of this is in August 1916, when the British 100th Company of the Machine Gun Corps fired their ten Vickers guns continuously for twelve hours. Using 100 barrels, they fired a million rounds without a failure. These were not aimed rounds. The non-stop gunfire created a force-field of leaden death that no human could survive. Enter the tank.

It was H G Wells in his short story ‘The Land Ironclads’ that predicted the invention of the tank as a way to defeat the defensive technology of trench, wire and machine-gun. His creations used ‘Pedrail’ wheels with jointed feet around their circumference where their real-life counterparts used caterpillar tracks. Pedrail wheels were used on heavy artillery to stop them sinking into soft ground by diffusing the recoil of firing.

Winston Churchill established the Landships Committee when movement in the Western Front became impossible. Yet another facet of this great man is his fascination with technology and its use to solve problems, especially in wartime. Churchill also masterminded the Mulberry harbours used in the Normandy invasion in 1944.

Having developed the tank, it was necessary to determine how to use it. This new weapon was slow and unreliable, being prone to breakdowns. But this is actually normal for every new and untried weapon. No modern weapon of any type ever works the first time. It has to be intensively tested in action and the correct adjustments made. This has been the case for decades.

Its first use was a shock to the Germans and tactical victories were scored, but sustained use was impossible. There were far too many breakdowns that depleted the force. The Germans in reply developed their own tank, an unwieldy monster, but only produced twenty examples during the entire war. Their tank forces mainly consisted of captured British tanks.

So why mark the tank? Why celebrate this armoured killing machine? It is to help us remember how great this country can be when it is tested. Britain was a world leader in engineering design and but also production. Prior to the start of World War I, Britain developed the Dreadnought, a type of battleship that instantly rendered every competing design obsolete. There was a naval race with Germany. British shipyards, British engineers and British workmen won this for the country by outproducing the Germans, who could not afford to keep up.

During the war, Britannia ruled the waves, keeping the German High Seas Fleet cowering in their ports for much of the war and mounting a blockade that nearly starved Germany to death. A combination of mutinous seamen and hungry civilians plunged Germany into revolution in 1918. At the same time, British massed tank formations using new tactics pushed the Imperial German Army back and broke the previously impenetrable Hindenburg line.

British military technology, British tactics and British soldiery played a major part in winning the First World War. The defeated Germans were so impressed, they copied and improved on our tactics for their offensives from 1939 until they were halted at Kursk.

Britain has a proud heritage of engineering excellence. It is something we do not hear much of nowadays. Now that we are leaving the EU, it is something we should rediscover about ourselves.