NewsPaperthe art of publishing
HomeNewsPaul T Horgan: Pity the rich like the Rausings. Especially when they...
2

Paul T Horgan: Pity the rich like the Rausings. Especially when they destroy their lives through drugs 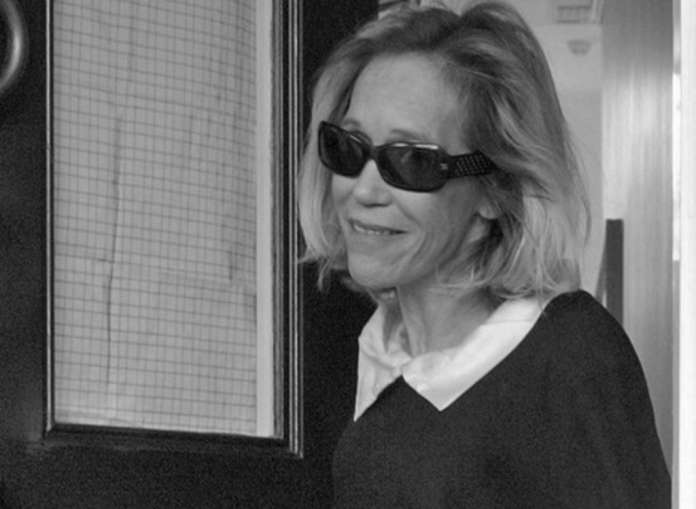 Christmas is a time of year when people traditionally think those less fortunate than ourselves.

It is in this spirit that I ask you to consider Hans Kristian Rausing.

Who he? Mr Rausing is the heir the the multi-billion-pound Tetrapak fortune, which is valued at between five and six billion pounds, possibly more.

How can such a man be ‘less fortunate’, you may ask. Mr Rausing is a widower. His first wife, one of the wealthiest women in the country at the time, died a few years ago. They had four children. Her passing was not without controversy. The Rausings were for part of their lives drug addicts and it was the coroner’s verdict that Mrs Rausing’s death was drug-related.

Before I continue, I should like to assure you that I write solely in the spirit of ‘There but for the grace of God go I.”, which is the proper English thing to do when faced with someone else’s misfortune, especially in this case. There is a reason ‘Schadenfreude’ is a foreign word. The closest term we have for this is ‘gloating’, but even that does not encompass the delight at another’s troubles that the German word describes. A product of envy, it is not too surprising that Socialism has infected its supporters with this disgraceful behaviour, where they will through their actions look first to cause misery rather than improvement in people’s lives, due to the perverse belief that the ends justify the means. As the King James Bible puts it,

“Rejoice not when thine enemy falleth, and let not thine heart be glad when he stumbleth: Lest the LORD see it, and it displease him, and he turn away his wrath from him.” (Proverbs 24:17–18)

The Rausings, at the time of Mrs Rausing’s demise, lived in one of, if not the most, expensive parts of London. According to the Daily Mail:

“For eight weeks after the death of drug-addicted millionairess Eva Rausing, her husband carried out a bizarre and desperate charade to convince their servants she was alive.  Tetra Pak heir Hans Rausing banned staff from entering the couple’s squalid ‘crack den’ bedroom in their otherwise-immaculate £70million London mansion.  He said she was suffering a fever and he was taking her temperature three times a day. In fact he was covering her rotting body with 12 layers of clothes, blankets and plastic sealed with industrial tape before covering it in deodorant to mask the smell.  By the time police raided the 50-room house in Cadogan Place, Belgravia, 48-year-old Mrs Rausing was so badly decomposed that she had to be identified from a fingerprint and the serial number on her heart pacemaker.”

Mr Rausing pleaded guilty to delaying the burial of a body and was given a suspended sentence.

Apparently Mr Rausing, in his youth, had decided not to go into the lucrative family business as a career, but instead to travel the world. It appears that the consequence of this journeying was the acquisition of a drugs habit. He met his future wife, the daughter of a soft drinks executive, in a rehabilitation facility. The wealthy value their privacy and as such the life of the Rausings remained private. It is reported that they were philanthropists, donating to drugs charities. However philanthropy is not in and of itself a profession. Extreme wealth, when it is not earned, does render the possessor as economically invisible. They may consume, but this is not balanced by any produce. This is the state of children, where it is understandable. In adults it is difficult to justify outside of royalty.

A reasonable excuse may be that the wealth of a person’s parents means that there is no need to earn a living and thus a job that does not require the fulfilling of the basic needs for survival can be pursued. However, there remains perhaps a moral duty to direct wealth or labour to add value and create more wealth in a way that benefits humanity. In the case of Mr Rausing, his redirection of wealth seems to have been in part to the benefit of the drugs production industry and the gangsters who ruin people’s lives as a matter of routine. And also to drugs charities, which are the consequence of the drugs production industry.

However, this may not be Mr Rausing’s fault. Here is a man whose economic circumstances meant that the only choices he needed to make were good ones which could provide positive life experiences to him and others. However, it was one choice Mr Rausing made in his younger years that swept all potential positive choices off the table. He chose to place in his body a powerful mind-altering substance.

And this is perhaps what is meant by ‘mind-altering’. The drug or drugs Mr Rausing took altered his mind to such an extent that it appears that none of the material, emotional or spiritual pleasures that life, especially one financed by extreme wealth, could compete.

Wealth that has not been earned can perhaps never be fully enjoyed because it may not be properly understood. When Elon Musk made his fortune in information technology and engineering, he applied it to building spacecraft. So did the entrepreneur behind Amazon. These capitalists understood wealth and how to apply it because it had not been given to them as an allowance. Elon Musk’s latest spacecraft includes a first stage that lands itself instead of being discarded, lowering launch costs and heralding a new revolution in space exploration. These wealthy men of the Apollo Generation, brought up with the excitement of Neil Armstrong’s giant leap for mankind are giving something back by financing the development exciting new technology. They understand how wealth can harness dreams for the benefit of humanity instead of being smoked, snorted or injected into your arm.

The best explanation of heroin use I have ever come across is that supplied in Irvine Welsh’s ‘Trainspotting’:

“Take the best orgasm you ever had, multiply it by a thousand and you’re still nowhere near it. When you’re on junk you have only one worry: scoring.”

The accuracy of this statement is one I will never test. It is a very good reason never to do so. Drug use, heroin or otherwise, is a one-way street. Not even a person who has all of the opportunities and luxuries that extreme wealth provides had the strength of will to divest themselves of the habit. No amount of money can pay for the habit to be successfully excised once acquired. The best way to get rid of a drug habit is not to have one in the first place. Mr Rausing is living proof of this.

Of course there will be people who will say that Mr Rausing is a special case, that moderate drug use is possible, even beneficial, perhaps using the author Will Self, William H Burroughs and Boy George as examples They are bad examples, there are no good ones. T’was ever this; the Ninth, ‘Scholars’ edition of the Encylopaedia Britannica had this to say about Opium Eating at the turn of the 19th Century:

[…]excessive indulgence in it is confined to a comparatively small number of the wealthier classes of the community. […]It seems probable that violent physical exercise may counteract in great measure the deleterious effect of opium and prevent it from retarding the respiration, and that in such cases the beneficial effects are obtained without the noxious results which would accrue from its use to those engaged in sedentary pursuits. […] To break off the habit of opium-eating is exceedingly difficult, and can be effected only by actual external restraint, or the strongest effort of a powerful will, especially if the dose has been gradually increased.

Opium, from which heroin is chemically derived, was the drug of the energetic labourer, not the indolent westerners, especially millionaires. Rich people really should get their highs from their lifestyle, not from manufactured chemicals.

So here is the cautionary tale of Mr Hans Kristian Rausing, a man not to be condemned for squandering wealth by paying criminals for supposed delights derived from chemical use, but instead to be pitied and sympathised with. He has remarried. I hope he lives a better life now. By studying his experiences, it can be demonstrated that drug use is so habit-forming and debilitating that not even unimaginable wealth can devise a permanent cure.

Drugs such as heroin are rightly banned because the economic cost to the community of dealing with the inevitable casualties who do not have Mr Rausing’s affluence is too high and unfair on hard-working people whose taxes have to pay for it all sooner or later. It is rare for an addict to be able to have a habit and be able to earn their way through life without someone else having to pay for the consequences of the addiction sooner or later.  Abstinence is perhaps seen as a stuffy, Victorian term associated more with morals than practicality, a puritan approach, but only abstinence is the best answer to drugs use. Don’t start. If you already have, well, dear oh dear…

Real life, unclouded by chemicals, offers so many pleasures for free, if people can only consider looking for them. If there is one habit to cultivate, it is to look for the pleasures in ordinary living. They are there to be found, wherever you are. By finding pleasure in real life, people can find themselves. People lose themselves forever by taking drugs.