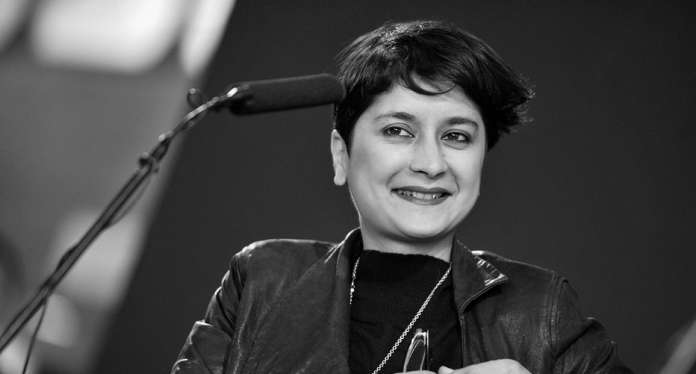 The report of the Home Affairs Select Committee into anti-Semitism was released to the public at one minute past midnight on Sunday morning. It did not make for good reading for either the Labour Party in general or Jeremy Corbyn and Shami Chakrabarti in particular.

“The Chakrabarti Report is ultimately compromised by its failure to deliver a comprehensive set of recommendations, to provide a definition of antisemitism, or to suggest effective ways of dealing with anti-Semitism.”

Of Corbyn’s Labour, it said:

“The failure of the Labour Party to deal consistently and effectively with anti-Semitic incidents in recent years risks lending force to allegations that elements of the Labour movement are institutionally anti-Semitic.
[…] This situation has been further exacerbated by the Party’s demonstrable incompetence at dealing with members accused of anti-Semitism[…]”

Of Corbyn himself, the committee did not pull its punches.

“Clearly, the Labour Leader is not directly responsible for abuse committed in his name, but we believe that his lack of consistent leadership on this issue, and his reluctance to separate antisemitism from other forms of racism, has created what some have referred to as a ‘safe space’ for those with vile attitudes towards Jewish people.”

Corbyn has attacked the report, on the basis that there were no female witnesses at the hearings. Because that is relevant.

Questions remain over Chakrabarti’s elevation to the Lords and also her appointment to Corbyn’s team as Shadow Attorney-General as to the nature of the impartiality. In fact, the committee posed three questions, asking of her when she was first advised of a prospect of a peerage, when it was offered and the date she accepted. She has, to date, declined to answer.

I had predicted in a previous article that Chakrabarti could benefit by some political award for her work for the Labour Party, suggesting her becoming an MP in a safe seat. I did not expect Corbyn to give her a peerage when he had stated previously he would never appoint any peers. But then this is what passes for ‘straight-talking, honest politics’ in Labour.

The report further states that:

This reminds me of an exchange between Sherlock Holmes and Detective Gregory in the story The Adventure of Silver Blaze:

Gregory: “Is there any other point to which you would wish to draw my attention?”

Holmes: “To the curious incident of the dog in the night-time.”

Gregory: “The dog did nothing in the night-time.”

Holmes: “That was the curious incident.”

The committee makes mention of the fact that the Guido Fawkes blog has played a leading role in exposing the antisemitism in the Labour Party. While the political alignment of the blog is not slavishly Tory – it exposes humbug from all directions – it is not necessarily a friend to socialism. The ‘curious incident’ is that there has been no publicising of anti-Semitism at similar levels in the Conservative Party. This is despite the prevalence of left-wing media in this country, from The Guardian in print and on the web, through to the BBC News channel or indeed the Corbyn-worshipping Canary blog.

Leftists would almost kill for a balancing narrative. No such set of revelations have arisen across the political divide. Given the propensity of the Left to close down political discussion by denouncing their opponents as bigots, this absence is noteworthy. Fears of being accused of racism impeded proper investigation of organised gang-rape in Rotherham and elsewhere. On this, the Left have form.

The most recent example of Labour antisemitism was only last Thursday, when not just an ordinary party member, but a Labour local councillor, was exposed by the Guido Fawkes blog as posting anti-Semitic images to Facebook as recently as last month. A party source stated to Fawkes: “it is the worst we have ever seen.” The councillor has been suspended from the party. What happens next is a party secret. Labour has drawn a curtain over its processes that cannot be penetrated even by a Parliamentary committee.

The Home Affairs Select Committee should have made inferences from this absence of evidence of widespread mainstream anti-Semitism other than in the Labour Party. However, on the basis of all the evidence unearthed so far, in mainstream politics, Labour still appears to wish to appeal to anti-Semitic voters to win elections.