NewsPaperthe art of publishing
HomeNewsPaul T Horgan: The BBC should recognise that Castro was a slavemaster...
27

Paul T Horgan: The BBC should recognise that Castro was a slavemaster not a liberator 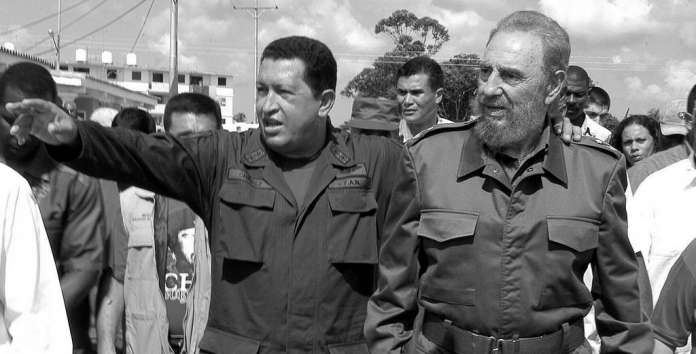 Back in 2011, I posted a message on the BBC website about the imminent demise of Colonel Gadaffi in the Libyan Civil War.  At the time it seemed that this international pariah was being hunted to death by a coalition of Western air forces and rebel militia on the ground.  I suggested that when he died the BBC should not use the description ‘former dictator of Libya’.

The BBC had form on this.  The President of Romania, Nicolai Ceaucescu, had been overthrown before Christmas 1989.  The recipient of an honorary knighthood from a Labour government in 1970s,  Ceaucescu had been feted in the West as a dissident communist leader who might be a challenge to Soviet rule over its Eastern European slave states; his deviating policies, such as they were, had not been curtailed by Moscow in the manner of the tank-led invasions of Hungary and Czechoslovakia in 1956 and 1968 respectively.  The analysis was incorrect.  The Soviets just viewed Ceaucescu as a tinpot irrelevance.  When Ceaucescu, with his shrewish wife, were machine-gunned to death on Christmas Day 1989, the BBC took to describing him as the ‘former dictator’ in their bulletins.  This appeared odd to me as at no time during his ill-gotten misrule had the BBC actually described him as a ‘dictator’.

I appeared on the BBC’s Newswatch one summer evening suggesting that the BBC should not go down this same path with Gadaffi, citing the example above.  My views were politely listened to and broadcast.  My Warholian fifteen minutes were done.  One evening a few days later, it emerged that Gadaffi had indeed been attacked from the air, despite presenting no threat to anyone at the time.  Sheltering from the airstrikes, a militia group had come upon him, beat him and then shot him.

I awaited the news that evening with trepidation.  Had the BBC listed to me?  After all they had broadcast my views to no doubt millions of eager viewers who had collectively switched over to the BBC News 24 channel at a quarter to nine on a Friday evening to do so.  The white letters advanced across the bottom of the screen: ‘THE FORMER DICT-‘.  I did not have to see the rest.

Something similar is happening at the BBC over the death of Fidel Castro.

Cuba under Castro was and may still be a communist dictatorship.  A recipient of Soviet subsidies before the collapse of the USSR, it had during the Cold War a Soviet-style security infrastructure, including intrusive surveillance, suppression of dissent, secret police and detention camps.  Economic repression impoverished the populace.  As with all dictatorships, corruption had to be rife.  People attempted to leave the country for a better life and were prevented from doing so not only by the authorities, but also by the hazards of having to cross a shark-infested stretch of water to freedom without a proper boat.  Cuba, unlike Berlin, needed no wall to imprison  its population.

Once the Soviet subsidies disappeared, the Cuban, like the North Korean economy, collapsed.  Subject to an embargo by the USA for its illegal seizure of American assets, Cuba had no real friends willing to replace the missing Russian largesse.  Cuba’s demise was similar to the Morning Star newspaper, which itself had depended on massive orders from behind the Iron Curtain and now occasionally begs for donations from the readers to produced its reduced editions.  Except this was not a collective of deluded writers and print-machine operators, this was a whole country and its captive population.

Castro was a dictator, who had seized power from another dictator.  This does not legitimise his ascension.  His diplomatic policies were disastrous and alienated his neighbours.  Selling his country to an ideological stablemate based thousands of miles away, he allowed his land and people to be a battleground in the Cold War that nearly initiated a thermonuclear holocaust for the planet.  Like Stalin, he modernised his country, but he did it like Stalin.  The difference is that we do not know how many people died to create Castro’s socialist utopia. The same regime holds on to power and is not telling.

The BBC’s coverage is reverential to a degree not shown to Margaret Thatcher when she passed away.  Why is this?

The likely explanation is that broadcast media organisations cannot normally be accurately abusive when foreign leaders die, lest they create an international incident with the country concerned, whose remaining leaders may hold the deceased in higher regard.  Coverage of the death of Leonid Brezhnev when he died in 1982 made no mention of the concentration camps and secret police that kept him in power.  As the funeral cortège passed in front of the Kremlin, the commentators were not talking about his ordering the tanks into Prague.

Foreign relations, even with dodgy states, are important.  The exception here is North Korea, whose very existence is an international incident.  The only time broadcast media can be honest about a dead leader is when these once-exalted personages are killed by their own people.

Castro is depicted as a liberator instead of the slavemaster he was because he died in bed of natural causes instead of at the hands of his victims.  No mention is made of exactly how a communist republic can have power pass from the revered leader to someone who shared the same mother.  It is ironic how many leftists complain about monarchy and ignore successions of this kind simply because the terminology is different.  Orwell was right about the political use of language.

Fidel Castro is dead.  He was a communist dictator in a one-party state.  The crumbling one-party state persists under the rule of his brother.  Castro’s only claim to fame is his catastrophic diplomacy letting his country become a battleground in a war that could not be fought.  Had this not been so, he would have been ignored and quickly forgotten as a third-world despot.  Let us forget him and hope his people quickly divest themselves of a regime that remains anti-life and anti-hope.