NewsPaperthe art of publishing
HomeNewsPaul T Horgan: The ‘inquiry’ into Labour anti-Semitism is a sham
9

Paul T Horgan: The ‘inquiry’ into Labour anti-Semitism is a sham 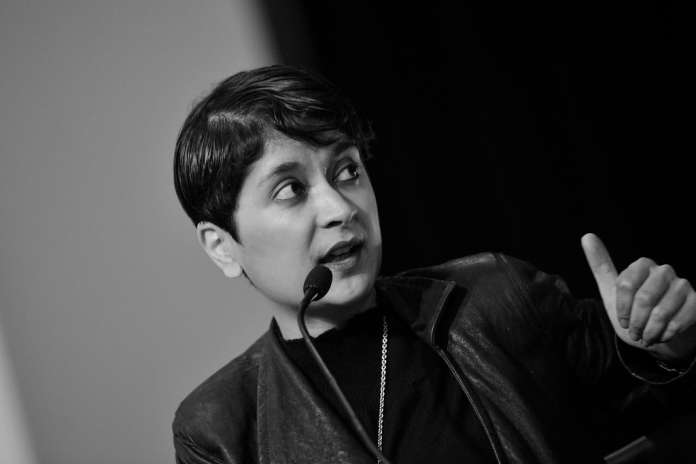 Labour’s not-so-shocking discovery that it is riddled with racist anti-Semites now enters a new phase. Tired of dodging questions and having to make a decision in under two days, Jeremy Corbyn has commissioned an ‘independent’ inquiry under the auspices of civil liberties poster-girl Shami Chakrabarti in an effort to kill the story before the upcoming elections. It is, however, not all it seems.

First, the terms of reference of the inquiry are very broad-based. Officially, it is into “anti-Semitism and other forms of racism, including Islamophobia”. So an inquiry triggered exclusively by visible and consistent top-to-bottom anti-Semitism in the Labour Party is to be muddied to include other bigotries which have not made the headlines, but also ones that, had they been detected, would have been much more swiftly dealt with by Labour.

There is simply no evidence whatsoever in the public domain of overt racism or Islamophobia by any member of the Labour Party. There is, by contrast, ample and growing evidence of overt and tacit anti-Semitism by members at every level of the Labour party all the way from its voters to the leadership.  It is, in fact, inconceivable that any member of the Labour Party could be racist or Islamophobic, given the frequency by, and willingness of, the Left to accuse other people of these traits. The terms of reference are a nonsense. There is no reason why Labour does not focus on the problem at hand apart from wanting to blur the issue.

This is pure Corbyn, in that every issue he describes is always diluted with others to arrive at a bogus equality. When 130 people were murdered by bomb-vest wearing, Kalashnikov-armed thugs in Paris, Corbyn offered little more than an expression of horror and ‘our continued solidarity with the victims and all those affected by conflict and terrorism.”, ‘those affected’ presumably including the terrorists themselves, some of whom Corbyn has shared platforms with as ‘friends’. Corbyn must have been spoken to over his weak comments. He was much more decisive in his condemnation of the attacks in Brussels, saying ‘We must defend our security and values in the face of such terrorist outrages.‘

It is even possible that Hilary Benn’s barnstorming speech in the Syria debate, which attracted prolonged applause to the obvious discomfort of Corbyn, could be described as Islamophobic by some quarters of the Labour Party. Would Benn fall foul of any new rules? Could the government’s security policy also be classed as Islamophobic? I would venture that there are some Labour supporters who believe this already. Where does anti-Islamism stop and Islamophobia start, according to Labour?

Inquiries commissioned by Labour about itself have a poor reputation. The findings are always delivered in secret but are invariably leaked. They tend to be bland, fawning about the leadership and generally uncritical to avoid causing offence. It is common knowledge that Ed Miliband was a liability for Labour, with erratic leadership, a Micawberist outlook, no direction, poor presentation, not looking ‘tough enough’ when up against Nicola Sturgeon, let alone David Cameron, and denying Labour’s responsibility for the financial mess left by Gordon Brown for the coalition to pick up. This is not reflected in any party documentation about their election defeat that has entered the public domain.

So diluted terms of reference and also having a bad pedigree, what else?

For an ‘independent’ inquiry, choosing Shami Chakrabarti, someone who ran an organisation that is effectively a seed-bed for future Labour politicians, is a strange decision if true independence is required. ‘Liberty’ used to be called the ‘National Council for Civil Liberties’ (NCCL). On its staff were people like Patricia Hewitt, Harriet Harman and Jack Dromey, all past or current Labour front-benchers. It was not an organisation that was overflowing with Conservative hopefuls. Chakrabarti’s objectivity may be reasonably open to question. In addition, at the time when these future Labour politicians worked there in senior roles, the NCCL was advocating rights for child rapists.

It was the heady days of the nineteen-seventies, when the permissive society was in full swing and there seemed to be no fixed compass points in public or private life. Liberation movements abounded, based on gender, ethnicity and orientation. There were numerous demonstrations and marches. However, I do not recall ever seeing reports of a march of children demanding the right to be molested by an adult. This did not, however, stop the NCCL from campaigning for children’s ‘rights’ to be abused as well as objectified in a variety of ways by calling for a relaxation of the law on child pornography in a fashion that could not realistically be enforced. Apparently the civil liberties of child molesters were being infringed. When the scandal broke in 2014, Liberty did allow journalists a brief foray into their archives. However here is everything Liberty now has to say about its connection with the Paedophile Information Exchange (PIE) on its website.

It would not be unreasonable for Liberty to have conducted an inquiry of its own into its connections with child sex abusers. Certainly one is well overdue. However it is highly likely that this may have caused issues with serving politicians. It’s only been forty years or so since PIE was affiliated to the NCCL. Perhaps we will have to wait another forty years, until all the personalities concerned are dead. So much for openness and guarding free speech. There is currently no indication that Liberty is included in the Independent Inquiry into Child Sexual Abuse headed by Hon. Lowell Goddard.

Chakrabarti is one of those who has received secular beautification in the media, being afforded the honour of carrying the Olympic flag at the opening ceremony in 2012. However she did run an organisation that after an ever-so-brief burst of sunlight, has drawn a veil over its sordid past. If she is inhibited from displaying full candour over dealings forty years ago concerning the antics of people who became Labour politicians, why should there be any confidence in her being able to do this for yet more Labour politicians? Chakrabarti must have been selected because she is telegenic, media-friendly and is somehow regarded as politically neutral. But her objectivity has to be debatable.

What conclusions can Chakrabarti come up with apart from pointing at Corbyn, Livingstone, and the rest of the leftist cabal that has infested Labour and saying that their association with anti-Semites has driven ideology, attitudes and behaviour? Corbyn has effectively launched an inquiry into himself. His association with terrorists that oppose Israel surely cannot be ignored. What recommendations can Chakrabarti come up with to Corbyn, apart from ‘stop being Jeremy Corbyn’? The whole of Corbyn’s political life has been about embracing anti-Western organisations and ideas. Anti-Semitism is an element of the Left’s knee-jerk hatred of Israel and has been for years. Corbyn has been recorded on television when anti-Semitic comments have been made and he has not demurred. He performed paid work for Iran’s state television at a time when Iran’s president was both calling for Israel to ‘vanish from the page of time’, and denying the Holocaust.

So a diluted brief, from a party with a bad pedigree of self-serving and reality-ignoring inquiries, conducted by a professional virtue-signaller hailing from an left-leaning organisation which has very strong and historic and ongoing links to Labour, that has also failed to be completely open about its own shady past, whose report can only reasonably blame the person commissioning her.

I am sure that will work. Somehow.

Share
Facebook
Twitter
WhatsApp
Email
Previous articleKen MacIntosh: Corbyn reaps the whirlwind of the Left’s loathing of Israel
Next articleCerberus: Can Goldsmith finish Corbyn and so save Labour?