NewsPaperthe art of publishing
HomeNewsPaul T Horgan: The mayhem in Libya is down to the Libyan...
7

Paul T Horgan: The mayhem in Libya is down to the Libyan people 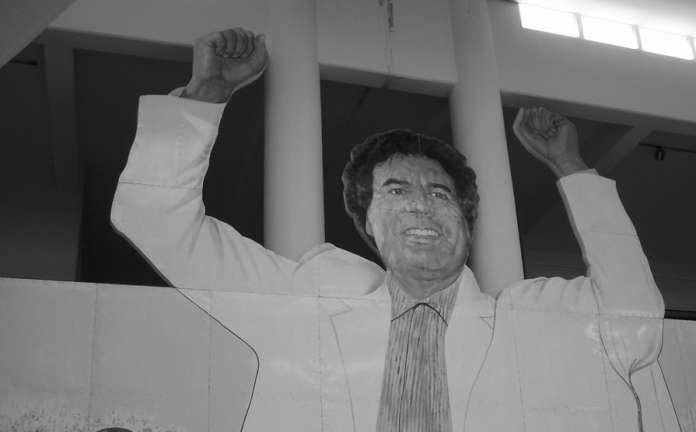 David Cameron has quit the Commons. To find out the precise reasons why, we will probably have to wait for his autobiography, which, according to reports, he has been dictating to Lord Finklestein.

One reason that can be ruled out is our former Prime Minister’s decision to intervene in the Libyan Civil War. On the back of the inauspiciously-numbered UN Security Council resolution 1973, a coalition of Western forces bombed the Gadaffi regime into oblivion, including attacking the dictator’s convoy while he was fleeing vengeful insurgents.

There has been a Select Committee report that has criticised Mr Cameron for this intervention, stating,

“A policy which had intended to protect civilians drifted towards regime change and was not underpinned by strategy to support and shape post-Gaddafi Libya. The consequence was political and economic collapse, inter-militia and inter-tribal welfare, humanitarian and migrant crises, widespread human rights violations and the growth of ISIL in North Africa.”

There is a dangerous assumption here. It is based on the tension between the determinist and individualist forces of history.

A good example of this is the British crisis of late May 1940, where deterministic forces indicated that Britain should have a compromise peace with Nazi Germany to save blood and treasure. There were a disturbing number of people in high-level Conservative circles that desired this, led by Lord Halifax.

Churchill’s position in the party was not secure in 1940 and the party was still largely Chamberlainite. Had Halifax been Prime Minister at the time – and most of the party favoured Halifax – it is likely the European War would have ended in 1940. The Axis powers, together with Stalin’s Russia, would have dismembered the British Empire. British lives may have been saved, but only under German guarantee.  It was Churchill that made us fight to victory no matter the cost.  The world is better for this one man standing against the forces of history.

The Select Committee falls into the trap of blaming Mr Cameron for the current state of Libya. By doing so, they characterise the Libyan people as deterministic robots, unable to control their own fate. The truth is that there is violence and collapse in Libya because that is the choice of the Libyan people.

Liberated from the bizarre dictatorship of Gadaffi, the Libyan people have decided to use violence to force a political settlement instead of debate. Until the Libyan people decide there should be peace, it is not possible for an external force to stop them killing each other.

The external intervention was due to a recognition of a threat to the populace from Gadaffi, who had vowed to storm rebellious Benghazi and to murder its population stating:

“I will call upon millions from desert to desert. We will march to purge Libya inch by inch, house by house, alley by alley.”

We in the West know what happens when dictatorships purge their populations.

Mr Cameron intervened in Libya with the complete knowledge of the consequences of intervention in Iraq. The motive was to save innocent lives. He cannot be held responsible for what people liberated from the Gadaffi’s dictatorship chose to do thereafter.

There were mini civil wars in a at least two of the countries liberated from Germany in 1944-45, the most notable one being in Greece, but there were also disturbances in France. In both cases it was the Communists who were making a bid for power. There were reprisals against collaborators that resulted in the deaths of thousands across the continent, despite provisional governments being set up very quickly after liberation. No-one blamed Churchill or Roosevelt for this. In Yugoslavia, the killings of collaborators and how much this was officially sanctioned remains controversial to this day.

People still seem use the liberation of Germany as their model. The absence of a government actually to surrender the country (versus the actual military surrender of forces) meant that the Allies declared their own supreme authority. There appeared to have been no organised insurgency or internecine fighting amongst the population. And yet the example of the rule of the Allied Control Council is seen as the model for all conflicts of this kind. It should not be. Liberations are messy.

The fall of regimes invariably results in civil war. But this should not deter intervention. There is now a daily death toll in Libya. But the killings are the responsibility of the killers as rational human beings, and not David Cameron. People are not robots. In Libya they are deciding to kill.