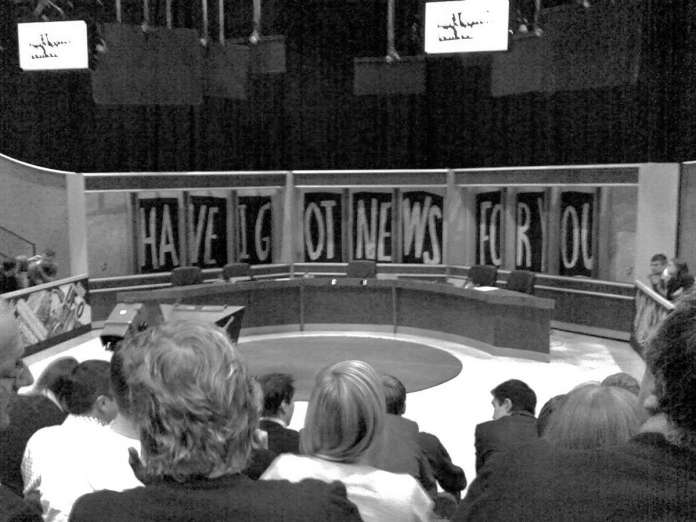 Media reaction in this country to the election of Donald Trump as the 45th President of the United States of America demonstrates deliberate ignorance and open prejudice. An example is the minute-long wail on this week’s Have I Got News For You by guest host lefty luvvie Charlie Brooker, whose sister-in-law is a Labour MP. Come back, Angus Deayton, all is forgiven.

Owen Jones and Laurie Penny have smugly articulated similar bigotry against a vote and the voters in free and fair elections. The Guardian and the New Statesman have been even more disgraceful than usual this week. The BBC’s Question Time was unwatchable for the histrionics by some panel members, who seemed unable to behave better.

To sample the written and broadcast media in the last few days is to think that America has fallen under the spell of revolutionary dictatorship overnight. Commentators unthinkingly producing this tripe merely demonstrate the limits of their cognitive abilities. They protest against an objective reality that a president was elected last Tuesday using a democratic process. Without realising the irony, they openly object to democracy by disagreeing with the outcome of a free vote within hours of its announcement.

America has not elected a Führer, Duce, Caudillo, Conducător, Nemzetvezető or indeed a Vozhd. They have voted in the chief of an executive administration and ceremonial head of state in a federated republic. America has a written constitution and a fully elected bicameral legislative assembly. Power is highly devolved to states and within them to communities of varying sizes with numerous categories of elected representatives. The State does bow to court rulings based on the petitions of aggrieved citizens. Incumbents have to stand for re-election and may also be impeached in the meantime. Nixon’s acolytes were caught and exposed by a free press for their creepy activities and their boss paid the price of fall from office and eternal disgrace. Errant politicians are routinely exposed in the wake of Watergate by journalists wanting to be the new Woodstein.

The commentators deliberately ignore the existence of freedoms guaranteed by a constitution with checks and balances to concentrated power. Indeed, Owen Jones’s sickly and incoherent video plea to American voters to remember the various movements for emancipation and civil rights omits the fact that emancipation and civil rights were granted as part of a constitutional process and not after the triumph of insurgency; no barricades were stormed, despite rioting. Indeed, the only major insurrection was by those that wanted to keep their slaves. The US government forces fought in a civil war to make them free. Lincoln was a Republican.

An all-Republican Congress does not mean that the senators and representatives will blindly comply with partisan political leadership. There are biennial events called mid-term elections where voters can punish them for executive misdeeds they have not opposed successfully.

Commentators seem to believe that Trump will announce decrees to create a Margaret Atwood-style authoritarian dictatorship. This is a perpetual leftist fantasy, that we are but hours away from rounding people up in cattle trucks at all times and thus their kind of activism is always necessary. It isn’t. The sanctimoniousness is actually always annoying.

Republican incumbents since Eisenhower have been portrayed by the media as authoritarian buffoons, crooks or warmongers, or all three at the same time. The Democrat counterparts get away comparatively lightly as liberalising well-meaning nice-guys, social reformers or serial philanderers, or combinations thereof. LBJ, despite Vietnam, is held in higher regard than George W Bush.

These leftist pundits remain unaware of their bias and ignorance. They suffer from the inability to conceive that differing outlooks exist other than as crimethink. There have been three unpredicted upsets to the liberal agenda in the last two years, a Conservative majority in the UK, the vote for Brexit and now the election of Donald Trump. The polls failed to predict these. Pollsters should perhaps adjust all their polls with a 5 per cent weighing factor for the votes of those people whose views are rendered invisible by media bias and an open hostility seen as publicly acceptable. The scorn directed at Ukip supporters is a prime example of this climate of derision against reasonable opinions.

The liberal media and their useful idiot pollsters, instead of blaming the views of those that do not conform to their robotised ideology, should recognise their own self-delusion and try to respect and understand the real humans that vote in elections. Being rude to some voters all the time is not a sound electoral tactic. Just ask Ed Miliband, the Remain campaigners, and now, Hillary Clinton.