NewsPaperthe art of publishing
HomeNewsPaul T Horgan: The next London mayor will have to tame the...
2

Paul T Horgan: The next London mayor will have to tame the Luddite tube union 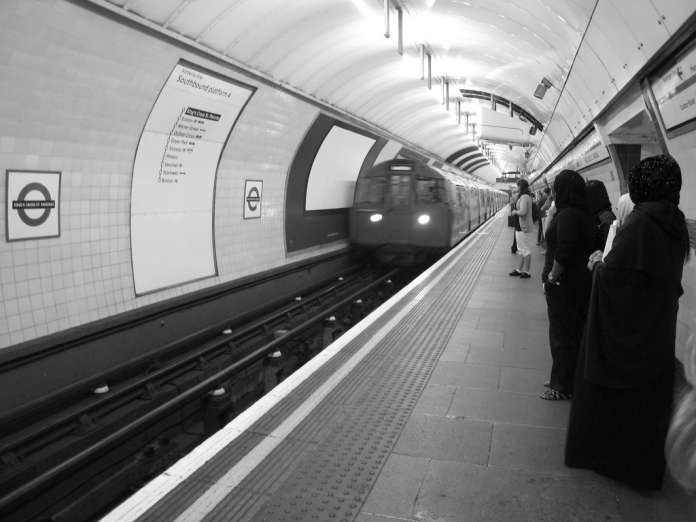 Sitting here amid the leafy hills and dales of the Home Counties, the London mayoral contest seems vague and distant. They may be partly to do with the fact that the main candidates are also vague and distant. After having the position contested by the big beasts of politics for the last decade, both Labour and Conservative parties have decided to field second-rank politicians of comparatively lower visibility this time round. Perhaps the election would be more interesting to outsiders if the candidates were bigger and beastlier.

Certainly this is the first election where the candidates’ names feature high-scoring Scrabble letters. The office of Mayor of London is a national one, despite its clear regionality. London is, for all intents and purposes, a city-state, with a population just shy of the combined total of Scotland, Northern Ireland and Wales. For all that, the post is largely a technocratic one. It has to be; despite the size of this city-state, it would be ridiculous for London to have its own foreign, defence or economic policy. Not that this did not stop Ken Livingstone from trying.

The manifestos of the candidates thus concern themselves with transport, housing and health, as well as trying to be business-friendly. Labour wants to ‘Challenge unfair visa rules which make it harder for London businesses to bring in the world’s best talent’, in other words restore an open-door immigration policy that will threaten the employment prospects of people born here. Plus ça change. The Conservatives instead promise the ‘train the talent’.

On transport, Labour wants to freeze fares and allow workers’ cooperatives to run services. The Conservatives want to deliver more transport infrastructure using the fares money Labour would not collect.

Both parties want more housing, more health and a better working and living environment. Both parties want to reduce crime. There is clear water between their offers, but Labour’s does seem to be more ideological.

The role of Mayor also involves ceremony, celebrating London and representing it around the world. Who can forget Boris’s stirring speeches that bracketed the 2012 Olympics, where he literally flew the flag. Who can forget Ken Livingstone? Labour certainly want to.

There is, however, one anniversary that neither Labour or Conservatives will want to acknowledge, as it marks a terrible political failure.

This is the half-century of the opening of the Victoria Line, as it will force whoever wins to face the dirty reality of London’s transport network and the abject failure of either party to address it.

The Victoria Line was the first all-new postwar London Underground line. True, it was routed through more existing stations than any previous line, but this was because those stations were there. Nearly every station was an interchange, notable exceptions being Brixton and Pimlico, which simplified access to the Tate Gallery and must have also pleased Stanley Holloway.

Yes, dear reader, dear London commuter. The London Underground has been running automated trains for close on half-a-century. Not that this has made any difference to how the trains are run, or not, as the case may be.

“The line is equipped with an Automatic Train Operation system (ATO); the train operator closes the train doors and presses a pair of “start” buttons, and if the way ahead is clear, the ATO drives the train at a safe speed to the next station. This system has operated since the line opened in 1968, making the Victoria line the world’s first full-scale automatic railway.”

In addition to the Victoria Line, the Central, Northern and Jubilee lines now use ATO trains. When the Docklands Light Railway (DLR) was opened in 1987 it was designed to run completely automatically. There was no ‘train operator’ as such. The train captain just checked that there were no passengers fouling the doors, closed them and the train proceeded to the next station without any human control whatsoever.

The DLR was set up with the traditional rail unions specifically excluded. When there was a transport strike in London in 1989, the DLR remained working. The queues at the Stratford terminus were massive. Nowadays, the main rail union, the RMT, has become the union for the DLR. Surprise, the strikes have returned. And that is the problem for London.

Of course, to listen to the rail unions, the role of a train operator is much more than the reality of button-pushing. The operator has the welfare of the passengers to consider. But then this does mean that the operator is more of a passenger welfare officer. Certainly it is difficult to determine the exact level of skill required to operate a modern train. Vacancies for the post are not publicly advertised, but are only internally offered to the most correct candidate. It does therefore appear that the main skill an operator needs is the willingness to obey the orders of his union, the RMT. For pushing these buttons for, we can but hope, a shift of eight hours, these ‘drivers’ are paid an annual salary north of £50,000.

The role of the RMT is to act in the best interests of their members, even if this involves what is effectively public extortion. But this also means in the best interests of their worst-performing member. In this case this included one train operator who found to be ‘driving’ an underground train while drunk on more than one occasion. When this drunkard was dismissed, the remaining train operators voted to go on strike.

The person concerned was working on the Piccadilly Line, which will be automated by 2022 if the work is not opposed by the unions, which means he had to do a bit more – how much more we do not know – than push a pair of buttons. But the fact remains that his union believed that it was acceptable for him to work while drunk, which is a bit of a worry. London’s worst Underground train accident was suspected to be due to a drunk train driver, in a time when trains were actually driven. Forty-two passengers died.

However, the fact remains that the lives of London commuters are regularly plunged into misery by striking train operators, who are not really needed or can be easily replaced.

The RMT is a hard-left union that was disaffiliated from Labour in the Blair years. It is therefore ironic that it follows the capitalistic concept of extracting the maximum possible value from a situation and hypocritical that it does so in a non-profit-making public service. The Government is proposing that strike ballots have to achieve certain thresholds. They also want it to be easier to hire agency staff to beat state-sector strikes. The London Underground is a prime contender for this.

Labour’s solution to the ongoing union problem in the Underground is to give in; it has promised there will be no strikes. The Underground will effectively be run by the unions as a workers’ cooperative, money no object. The Conservatives want to define the Underground as an ‘essential public service’, so strike ballots will have to reach set thresholds to be legal. The unions can outflank this by ensuring that the ballot takes place among a small key number of workers whose loyalty can be assured and whose absence can disable the system.

We have been here before. The print unions held the newspaper industry to ransom here in the UK and built up a series of practices on the back of this blackmail that essentially required the newspaper owners to dole out cash to anyone the union dictated, irrespective of whether they actually did any work of any kind. This was pure protection-racket gangsterism. The employers got their revenge in the end. Rupert Murdoch built a newspaper operation that used modern technology and sacked the workers that had held his business hostage to their latter-day Luddism.

Technology is the key here. Despite what the unions say, it does not need much skill to push a button, especially if the controlling intelligence is actually a computer. Automated trains and automated signalling will inevitably reduce the skill and training requirements for people working on the Underground which will mean that the people of London can do to the RMT what Rupert Murdoch did to the print unions. A service that can be safely automated should be safely automated and the unions put out to grass. The Docklands Light Railway will celebrate its thirtieth anniversary of safe automated running next year. If the DLR can do it, why not the Underground?

There may be another alternative in London. It is not inconceivable that a service of automated cars could be established in central London that use bus lanes. Efficient, computer-controlled switching of robotic traffic could render the Underground partially, if not totally, obsolete.

The Victoria Line was officially opened by Her Majesty in 1969, though it had been partially running since 1968. It will celebrate its half-century in 2019. Either Zac Goldsmith or Sadiq Khan should have to answer on 7 March 2019 to the people of London exactly why they waste so much money by overpaying highly-replaceable people whose job is to just to press a couple of buttons now and again.

Otherwise, if you want a picture of the future, imagine an RMT boot stamping on a London commuter’s windpipe — forever.