NewsPaperthe art of publishing
HomeNewsPaul T Horgan: Thought for the Day is often wrong. The English...
47

Paul T Horgan: Thought for the Day is often wrong. The English are not religious bigots 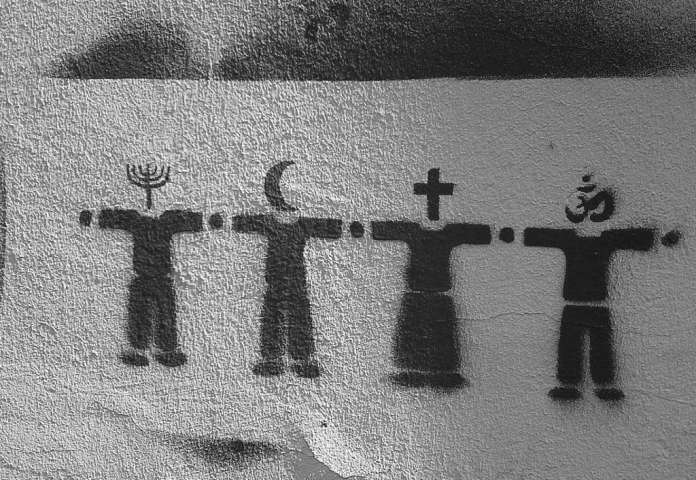 The ‘Thought for the Day’ segment on Radio 4’s Today programme is a pause in the news bustle and petitioning by special interest groups. It can be bland, and is sometimes blandly offensive.

The broadcast last Thursday by Francis Campbell falls into the latter category. Campbell, a high-achieving civil servant apparently elevated during the Blair purge of the establishment post May 1997, attended the annual Benedict XVI Lecture at the Roman Catholic Bishop of Westminster’s official residence. The theme was ‘Living as a Creative Minority in the UK’.

The lecture had three speakers: Cardinal Vincent Nichols, Chief Rabbi Ephraim Mirvis, and Maulana Syed Ali Raza Rizvi, a senior Shi’ite Islamic scholar. It was widely reported in the press. Highlights included the Chief Rabbi agreeing with Lord Tebbit’s ‘Cricket Test’ of national affiliation, Cardinal Nichols’ concern over the government’s anti-radicalisation ‘Prevent’ strategy, and Maulana Syed Ali Raza Rizvi stating that ‘London is a more Islamic city than much of the Muslim world put together’. You can hear the entire lecture here.

Campbell effectively defined Christianity as a ‘minority’ repeatedly in his broadcast, pointedly refusing to acknowledge that Cardinal Nichols was only representing Roman Catholics. He had a lot to take away from this inter-faith meeting to cram into a three-minute monologue. What he actually did was to state that the English have been religious bigots for most of our history.

Campbell lumped these faiths together as having experienced ‘centuries of suppression and persecution’ and that the UK had spent ‘many centuries of getting it wrong’, quoting the persecution and expulsion of the Jews by Edward I and the persecution of Catholics by the Tudors as his examples.

Well, hold on a minute, Mr Campbell. There is a reason why ‘Medieval’ and ‘Middle Ages’ are used as pejorative terms in debates. It was not generally a nice era, otherwise ‘Renaissance’ and ‘Enlightenment’ would not have been the comparatively positive terms used for the succeeding ones. Bashing us here and now over the head on Radio 4 for English anti-Semitism in the thirteenth century is a cheap shot. What next? Condemning the French for the genocide of the Saxons? The Italians for the suppression of the Druids? Perhaps history needs a statute of limitations. That would certainly solve some problems.

The Middle Ages were a time when religion and faith were central to human existence in a way that it is difficult to comprehend today. A person consumes as much information content in one week now that someone in the Middle Ages would receive in their entire life. People of faiths or opinions that different from the majority-favoured one of the times were subject to sanctions up to and including genocide of ‘heretical’ populations. This still goes on outside Europe.

By contrast, English action against Catholicism in the sixteenth century was a question of national security. A papal bull was issued in 1570 that called for the overthrow of a monarchy that had broken with the Church of Rome and threatened excommunication to those who persisted in their allegiance to the Crown. In 1588 an invasion was mounted by Philip II against this country on the back of this.

Everyone in England expected the Spanish Inquisition had the Armada prevailed.

The methods used to protect the State were not nice, but England was acting in self-defence in a time of open war that included insurgents trying to exterminate the entire English political establishment in 1605 by attempting to blow up Parliament.

It was only the application of Enlightenment values and the reduction in the political and social significance of religion on the English mainland that saw full emancipation of Roman Catholics and Jews. However Campbell does not link the rise of secularisation in public life with the growth in religious freedom. Perhaps this is not seen as appropriate when speaking about an inter-faith meeting.

The success of minority faiths in this land is a tribute to the tolerance and freedoms that began in the Anglocentric world and that are spreading around the world. Campbell should have celebrated our unique history of Enlightenment values in developing universal tolerance and freedom of thought instead of finding ways to attack us.

Share
Facebook
Twitter
WhatsApp
Email
Previous articleReader’s Comment of the Day: Why does Labour turn a blind eye to sexual segregation?
Next articleChris McGovern: We should shed no tears for the demise of the LEA