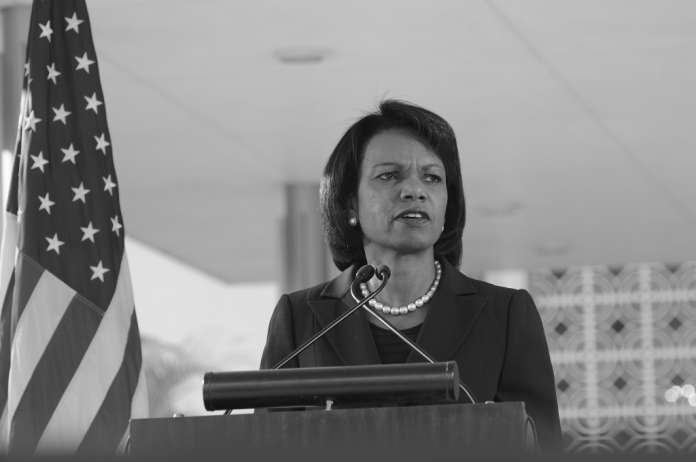 To be elected President of the United States is to become the head of that nation’s executive branch. This means that decisions have to be made. President Truman had a sign on his desk that read ‘The Buck Stops Here’, indicating the enormous levels of responsibility.

However, there is one decision that every presidential candidate has to make. It is the first of many and does indicate the the decision-making ability of the hopeful individual.

I am referring to the choice of running-mate. When Americans vote for the President, they also vote for the Vice-President.

The Vice-President is an unusual construct for a system that explicitly and violently rejected constitutional monarchy as the method of governance. The Vice-President occupies the same function as the Dauphin, Prince of Wales or Crown Prince. It is an office designed to ensure a defined and rapid succession to head of state in the event of presidential death, incapacity, impeachment or resignation, avoiding any wrangling, politicking, or even civil war.

The role of the person nominated to be one heart-beat away from the presidency is quite fluid. There is no constitutional executive function, but the role has evolved over the years. From Truman, who, like all Roosevelt’s deputies, was excluded from decision-making in wartime, the Vice-President was a core member of the National Security Council. The most powerful Vice-President in modern times has to have been Dick Cheney, a member of the Bush dynasty’s political machine, whose influence over policy called into question among some, admittedly left-wing, commentators, exactly who was in charge of the country.

The choice of Vice-President can sometime derail a campaign. Veteran senator John McCain chose Alaskan Governor Sarah Palin as his running-mate, perhaps as a counter to Barack Obama’s appeal to traditional Democrat voters and the magnet of identity politics. Palin’s disastrous performance in interviews took away focus on the McCain campaign and she was heavily mocked, not the least by Saturday Night Live. Obama won more than twice as many electoral college votes and ten million more votes.

George H W Bush was mocked for his choice of Dan Quayle after his running mate made several epic verbal blunders. In 1992, Republicans considered jettisoning Quayle as Bush’s numbers were low against Clinton and Quayle was seen as contributing to this, but he survived. The Republicans lost in November.

Some candidates appoint erstwhile political enemies. George H W Bush denounced Ronald Reagan’s policies as ‘voodoo economics‘ when they were competing for nomination, only to find that he became Reagan’s running-mate. This is the presidency that saw the defeat of communism and the beginnings of the collapse of the USSR. Bush’s involvement was apparently marginal.

Given that Hillary Clinton is guaranteed to be the Democrat nominee and that it is highly likely she will be facing off against Trump, who should Trump choose for his ticket? Choosing a Conservative woman was a disaster for McCain, but that may be because McCain chose the wrong Conservative woman. I would suggest that facing Hillary, Trump, or indeed any other nominee, would have to choose a woman.

There really is only one choice for this, in my opinion. Condoleezza Rice.

Rice has repeatedly refused to run for presidency, despite a ‘Draft Condi’ campaign in 2008. However there is no doubt that she is a highly talented individual and has had more direct experience of the challenges America has over race issues than Barack Obama. Academic, a pianist to concert standard, she served in the George W Bush presidency as National Security Advisor and was promoted to Secretary of State, Clinton succeeding her in the latter post. She has the knowledge and ability to deliver heavyweight competence to a Trump presidency. Iraq should not be an encumbrance.

Rice has never married. Should this be a detraction in modern America?

Trump could simply choose one of the losing candidates for Republican nomination and shut him out of any form of decision-making. However, given that not even registered Republicans would vote for them, it is hard to see why the wider public should.

Rice is the obvious counter to Clinton and would enhance the appeal of a Trump campaign. If Trump plays find the lady, Rice is, to this writer, the clear choice.