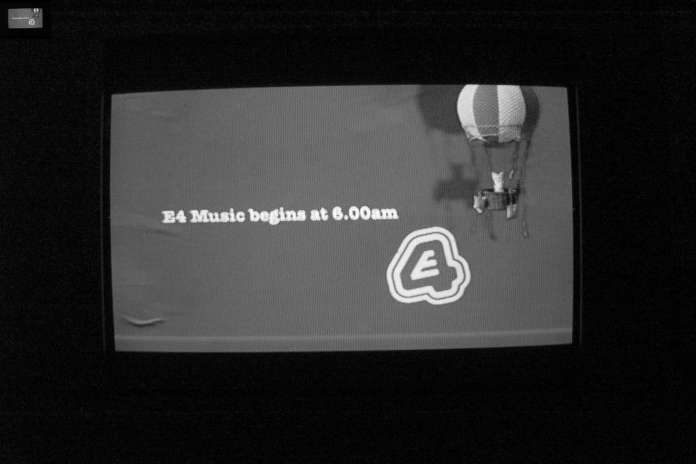 If you are like me and remain eternally fascinated about how exactly Ted Mosby met Tracy McConnell or indeed the progress of Dr Sheldon Cooper’s unlikely relationship with Dr Amy Farrah Fowler, you may have noticed that the state broadcaster E4 is to shut down on polling day.  They have a short trailer to this non-broadcasting event featuring a stereotypical couch-potato and television addict with his hands poised over a large switch ready to shut down the channel so people will get out and vote, all to the tune of pioneer synthesiser band Hot Butter’s ‘Popcorn’.  The rationale is that without the allure of American sitcoms and dramas, – E4 does not show reruns of any British comedies –  structured reality shows featuring the upper classes at leisure or soap operas about the life of ordinary Chester folk, people will feel an impulse to abandon their sedentary behaviour and take a short walk to the nearest polling booth, assuming they have registered to vote.  It does seem to be all quite virtuous.

Or is it?  What this state broadcaster is not telling you is that the channel is not off-air for the entire 13 hours that the polling stations are open. E4 resumes broadcasting at 7PM, three hours before the polling  ends.  Thus the channel will deprive the habitual watchers of daytime television their entertainment and, assuming that these viewers won’t just simply switch channels, will instead have them rise en-masse from their sofas to march joyously into a polling booth to exercise their hard-won democratic rights.  However, if someone has been at work all day in a job that actually pays taxes to the State whose government is being determined, E4, by their own logic, will happily keep that person distracted until the polling stations close.  Thursday night is, after all, the day when all the new episodes of US sitcoms are broadcast on their channel for the first time.  Dr Leonard Hofstadter and Dr Sheldon Cooper will have an argument over the joint authorship of a physics paper, I understand.

E4 may have a commercial reason for resuming broadcasting when their trailer states they will be off-air, thanks to the not-so-unique way they are funded.  They do get their revenue from advertising and the most valuable eyeballs are those who have money, which will be people who are in paid work.  Daytime TV watchers are simply not as economically significant to advertisers, harsh but true.  It may therefore be uncharitable to suggest this state broadcaster wants its viewers who are more likely to be the recipients of welfare to go out and vote but not the those who actually pay for it.  However, E4’s smug claim to be off-air to encourage the totality of their viewers to value democracy is bogus.  This election is the most closely-fought in decades.  Based on their own trailer, the state broadcaster wants the people who are most likely to have to pay for Labour’s wrecking of the economy to stay at home on polling day.

Share
Facebook
Twitter
WhatsApp
Email
Previous articleDavid Keighley: If 1.5 million Scots decide the election, voting reform will be back in play
Next articleKathy Gyngell: Farage is a hero for our times. It will be a national tragedy if he loses