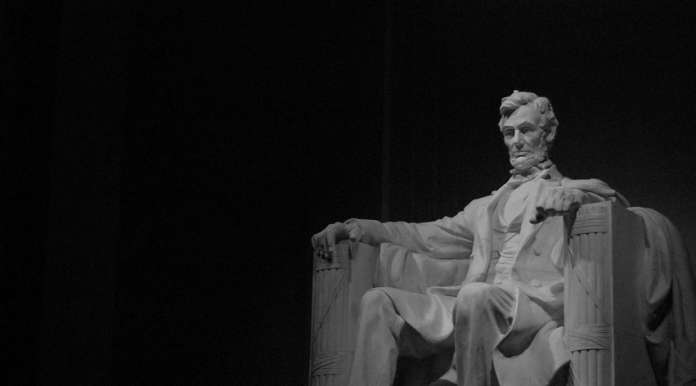 The tone of the coverage by broadcasters here in the UK of Donald Trump’s presidential inauguration seems to have no parallel other than the signing of the Treaty of Versailles from a German point of view.

The commentary would not have been out of place if had been made during a ceremony to mark the appointment of Yuri Andropov to replace Leonid Brezhnev. ‘Deferential hostility’ seems to be the best way to describe it.

I was, however, caught by the words of one British commentator who, in a fit of unrestrained hyperbole, described Trump as the ‘most controversial president in American history’.

Well, no. There was one president who was way more controversial than Trump, whose actions unleashed ruin upon the American people, and almost triggered a world war.

I am referring to none other than American’s sixteenth president, Abraham Lincoln.

Like Trump, Lincoln was a divisive figure, but in a more literal sense. His actions divided the USA into opposing alliances of states and caused a costly civil war.

The American Civil War was a national disaster for a young country that was not even a century old. More people were killed as a proportion of the fighting forces or population in the American Civil War than in the world wars. The war ruined the economy of the defeated Confederate states.

All the ingredients of twentieth century warfare were there, including instant communications in the form of telegraphy, aerial warfare in the form of observation balloons, mass transportation by railway, trench fighting, barbed wire, machine guns, attritional warfare and concentration camps. The introduction of ironclad warships blowing away their wooden-hulled predecessors foreshadowed the rise of the dreadnought. There were rudimentary submarines with torpedoes. The images of the troops and their battlefields were captured using photography.

Union action to prevent a Confederate diplomatic mission to Europe resulted in the boarding of a British mail ship. This was at a time when South-supporting Palmerston was British Prime Minister and ‘gunboat diplomacy’ was a feature of British foreign policy. War was averted when cooler heads prevailed.

The American Civil War was a failure of politics. It was, to contradict Clauswitz, decidedly not ‘politics by other means’. On Lincoln’s watch, and despite the existence of the much-vaunted US Constitution that he swore to uphold and protect, elected politicians could not arrive at a peaceful solution to their differences in the conference chamber, and the soldiers took over on the battlefield for four destructive years.

Lincoln was a controversial figure for his time, but people of a progressive slant cannot recognise this. He wanted to liberate the slaves used by the South’s largely agrarian economy. There could not be slavery in a land founded on truths held as self-evident by the authors of the Declaration of Independence in the name of the People. The Confederate States violently disagreed.

On the cusp of victory, and at the hands of a cowardly assassin, Lincoln’s martyrdom ensured his immortality. His image appears on every one cent coin, next to the word ‘Liberty’. It also appears on the five dollar bill, as does the monument raised in his memory in Washington DC.

Abraham Lincoln became president on 16th March 1861. America’s civil war started less than thirty days later. However controversial he is, I believe I can state with complete confidence that the USA will not be in a state of civil war by February 20th 2017, no matter how hard President Trump’s detractors may want us to believe to the contrary.