NewsPaperthe art of publishing
HomeNewsPaul T Horgan: With Labour imploding who will protect us from Sir...
0

Paul T Horgan: With Labour imploding who will protect us from Sir Humphrey? 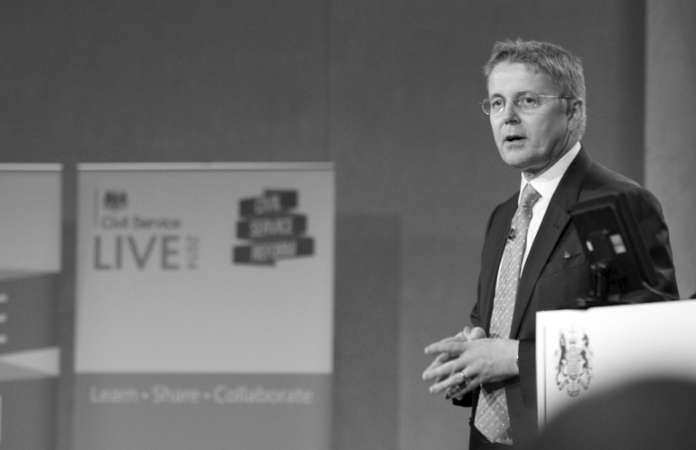 It feels a little bit like the early 1980s all over again. We have a tough female Prime Minister, who is calling the shots over Europe and an ineffectual opposition party led by an extremist who is presiding over a damaging split. All we need now is a best-selling single by Ultravox to be kept off the top spot by a novelty act promoted by a Terry Wogan clone.

Of course, Mrs May’s premiership is in its early days. We are not experiencing a drastic economic correction of the kind that caused unemployment to shoot up as union-ordained overmanning was reduced, nor indeed inflation at over twenty per cent as the economic dictatorship under Labour was dismantled and prices and wages found their natural level in a liberated market. Of course, exit from the EU is a shock of sorts, but actually the only thing that has happened is the referendum vote and a change of government. There has not been any dramatic implementation of policy change, although the markets are already pricing that in.

Labour is in a mess. The incompetent, unapproachable and malevolent figures that run the Labour Party are disconnected from most of the party’s MPs. This disconnection was inevitable as socialists do not actually view MPs as people who are there to represent the concerns of their constituents as well as using their skill and conscience in political discourse. Instead, socialists have always regarded MPs and the like as delegates, meaning that their activity is the delegated wish of the constituency party. The constituency party opposes military action in Syria, so the MP must do so as well. The constituency party demands unilateral nuclear disarmament, so the MP must vote that way. The MP is not meant to have a say in the matter, but is simply a vessel for the expression of the views of the constituency party which is determined after a pseudo-democratic process.

I say ‘pseudo-democratic’ because socialists believe that if anything is the subject of a vote, it is automatically democratic. All of the circumstances surrounding that vote are not considered. Thus, Labour’s NEC arrived at its decisions after a ‘democratic’ process. However Jeremy Corbyn, wanted these votes to be public and open. Other members of the NEC, having experienced threats and abuse for the social crime of holding a different view to the beloved leader, wanted a secret ballot. An open vote would have been pseudo-democratic as consideration would have had to be made of the violence that surrounded the process. Activity by constituency Labour parties has been suspended because of this outbreak of pseudo-democracy.

The shortage of MPs willing to serve under Jeremy Corbyn means that some of them are having to hold two government departments to account. These MPs are not necessarily the most talented and have been selected because they are there.

However this should not necessarily be a cause for celebration by Conservatives. People are concerned by the absence of proper opposition, which seems on the surface to be unusual. Surely the removal of any obstacle to the Conservative government being able to implement its policies is to be celebrated?

Yes and No. The assumption is that these policies, which are no longer being scrutinised properly by overloaded Labour MPs who were not chosen for their ability, are actually Conservative party policies. This is because for most people, it is not entirely clear where policy actually comes from.

The illusion is that all policy is formulated in the heart of the party office. This is not, and should not, be the case. Mr Corbyn, please take note.

Policy can be divided into a number of categories. There is the ideological, technocratic and political, to name but three. Sometimes they overlap. The defeat of Arthur Scargill’s miners’ union in the 1980s is an example of this. Scargill was a revolutionary socialist who wanted to use direct action to topple the Conservative government and to impose his version of socialism. The Conservative party opposed this for ideological reasons. For technocratic reasons, the unreliability of coal due to Scargill’s union militancy and uneconomic nature of the coal industry indicated that Scargill’s demands for the its preservation should be ignored and alternative methods of guaranteeing energy security for the country be employed. The government also had a large mandate from the electorate to sort out the unions and there was popular support to put the unions in their place.

An awful lot of policy, the technocratic kind, is generated by the Civil Service. Government ministers are somewhat beholden to their officials. The relationship depicted in the excellent TV series Yes, Minister, is based on the direct experiences of people at the heart of government in dealing with the Civil Service machine. The fact the government of the country persists, even when for political reasons there is no ministerial activity, is an indicator of how much power the unelected Civil Service actually has.

Government ministers can keep this bureaucratic power in some degree of check by ensuring that policy made by civil servants is in the public and national interests and not just in the State’s interests. In fact , making sure this is the case is a core function of government, in addition to its fundamental role of protecting the citizen. However, a functioning opposition is useful to ensure that a minister does not ‘go native’ and simply become a spokesman in Parliament for his permanent secretary, or worse, is acting purely in his party’s interests. The country should be run by people we elect, with the assistance of the people we appoint, and not the reverse. A government should be in charge, not a party.

So a credible opposition is important. At present, this seems to be being delivered by a nationalist party with no interest in a United Kingdom. An single example should suffice of how far Labour has fallen. The Government successfully passed a measure concerning fees for employment tribunals. This is something that a party representing working people should have strongly opposed. It is arguable that a party taking its cue from Mrs May’s words as she entered Downing Street should have done so as well. Instead, Labour did not make this a three-line whip issue, demanding a mandatory vote.

The government won by a handsome majority of 135, or over eight times its working majority.

The hapless Shadow Cabinet Minister concerned, Richard Burgon, protested that he had ‘expressed his disapproval of the fees with his speech and his vote’. Yes, Richard, your speech and vote, but not your party. For people who do not know Mr Burgon, here is a short video of the poor man in action. Readers may judge for themselves how competent this man can be at holding the Government and the bureaucracy to account.

That Britain needs protection from Corbyn’s Labour is a given. The party has nothing to offer anyone outside its special interests. It certainly displays no evidence of promising to govern in the national interest.

However, our country also needs protecting from Sir Humphrey and his statist instincts. We should not have started our escape from unelected and provably corrupt European officials only to have to fall prey to another group of unelected bureaucrats, even if they are considerably more honourable and dutiful than their foreign counterparts.

Dissident Labour MPs should have a higher calling than saving a party that has rejected them and that is their duty in our unwritten constitution to be a check against the power of the executive and bureaucracy. They should decide if they are patriots before they are party members. The country should come first. If Corbyn remains leader in September, forming a new party to hold the Government in check should be a priority.  It is in the national interest.