NewsPaperthe art of publishing
HomeNewsPaul T Horgan: Working from home would derail the bully boys of...
13

Paul T Horgan: Working from home would derail the bully boys of the transport unions 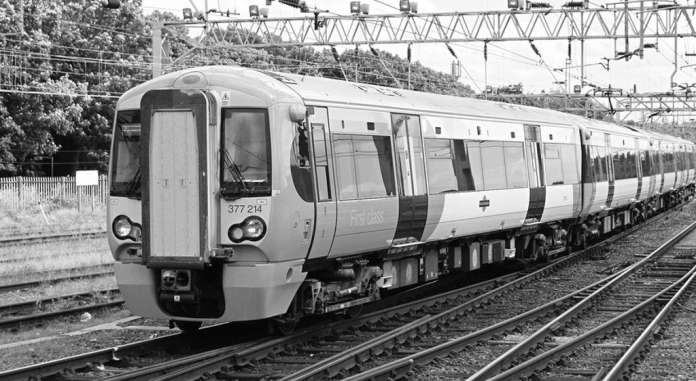 So there’s a rail strike. The unions object to more trains being operated by a single person.

Passengers depend on the rail service for their livelihoods. Rising property prices in town centres mean affordable housing may be a long way from the workplace. A reliable connecting rail service is vital. That is the leverage used by the unions. To them, people are pawns.

Despite stating that the current strike is about passenger safety, the unions have no main interest in the passengers, who just happen to be in the trains their members are employed to operate, as well as paying for them to do so.

There are already trains running safely without guards. The whole argument is a red herring. This dispute is only about jobs.

Unions lose power and leverage when jobs are lost. The management states that guards are no longer needed on trains, thanks to modern technology. The unions disagree. Marx has almost nothing to say about technological progress. So unions, like dinosaurs, are unable to adapt to change. Instead, they lash out. They do not know any better.

The rail unions exist to look after their themselves and their members, but also to bring around a socialist one-party republic.

The first two objects of the RMT union are:

(a) to secure the complete organisation of all workers employed by any board, company or authority in connection with rail, sea and other transport and ancillary undertakings and offshore energy;

The sixth object of ASLEF, after securing overmanning, suppression of dissent, maximum extraction of wages, absolute control of all employee-management interactions, and demarcation control, is public service. The seventh is to “assist in the furtherance of the labour movement generally towards a Socialist society.”

The RMT makes no mention of public service in its rules whatsoever.

It is ironic that the workers in socialised services are the most heavily unionised. Surely the notion of public service would be central to a socialist ideology. Not so. Socialist trade unions wish to extract maximum value from any situation, irrespective of the harm caused.

During the 2012 London Olympics, the RMT secured a bonus just to keep on working as normal. They knew that when the world was watching London, they could extort that little bit more out of TfL.

Striking and other kinds of bullying of the helpless does not rely on much thought. The rail union leaders do not seem the brightest bananas, especially if this interview of Steve Hedley, the assistant general secretary of the RMT, is anything to go by.

Defeating entrenched unions may require closing the rail service down, which the unions know to be impossible, or to remove the monopoly or requirement for mass commuting. These are the kinds of techniques used to defeat the print and mining unions in the 1980s, which led to a collapse of union power in the private sector.

Rupert Murdoch simply closed down his print works when he relocated to new premises, firing all the militant print workers. He was able to produce his papers using about one tenth of the number of people hired to replace them by making use of new technology.

The coal mines were shut down and coal was imported. Power stations were adapted to use fuels other than coal.

Reliable and secure communications and computing technology mean some people do not have physically to travel to a place of work. Once upon a time, offices were where the filing cabinets were, so the paperwork had to be in the same place. Nowadays, the virtual filing cabinet is located in a remote datacentre, to be edited and transmitted using productivity suites on portable computing devices. Meetings may be conducted using videoconferencing, which is now a mature technology. Telecommuting is making actual commuting obsolete. In an era of rising union militancy in response to an ineffectual Labour Party, employers should be asking if their employees’ journeys are really necessary.

The development of driverless cars could be used for those people who actually need to go to a workplace. It is possible to imagine a future where a single-seat robot car arrives at a person’s house, picks them up, and then joins in a high-speed automated convoy to the place of work. Uber could go driverless. In this future, it might be illegal manually to operate a car. Sorry, petrolheads.

Of course, it could be possible to automate the trains. London Underground has been running automated trains for nearly half a century. Yet for some reason there still appears to be an overpaid human in the front cab, thanks to the RMT, but also because of management cowardice. So rail automation seems to be a dead end.

In the 1970s the government learned that direct confrontation with unions would fail. In the 1980s, the unions were defeated by being bypassed to irrelevance. Now they have retreated to quasi-monopoly socialised services, technology provides the best way to bypass the unions to oblivion.