NewsPaperthe art of publishing
HomeNewsPaying the Africans for abortions – is this the new imperialism?
127

Paying the Africans for abortions – is this the new imperialism? 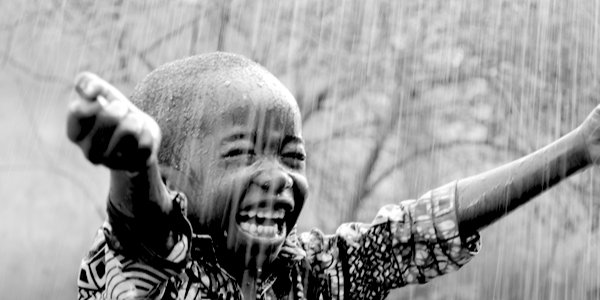 This summer, Theresa May committed to spend £200million on ‘family planning’ in Africa and Asia.

More accurately, I should say ‘another’ £200million, because the UK Government has already given £163million in UK taxpayer money to the abortion giant Marie Stopes International (MSI). And it is not just for contraception but abortion, including helping to liberalise laws on abortion in developing countries (see my blog here).

This money will mainly be targeted at Africa, particularly women and girls in the poorest communities. We do not know exactly how much will go towards paying directly for abortions, because our Government doesn’t know! However there is no denial that the money will be used for abortions.

The Minister of State for International Development said: ‘As the Women’s Integrated Sexual Health programme will deliver integrated sexual and reproductive services, we cannot provide a figure for the number of safe abortions which will be supported . . . we cannot provide a specific figure for the amount of funding that will be spent on comprehensive and safe abortion care. WISH will operate in 24 African and 3 Asian Countries’:

No other country has given as much money to MSI as ours, via the Department for International Development (DfID). The next two big spenders on MSI are the US Agency for International Development (USAID), followed by the Bill and Melinda Gates Foundation – also supporters of abortion in developing countries (although they prefer the term ‘reproductive rights’.) This is despite a ComRes poll showing that 65 per cent of the public oppose UK taxpayer money being spent on abortions overseas.

MSI is not just about contraception ‘services’. They ‘provided or supported more than 4.1million safe abortion and post-abortion care services in 2017, a 12 per cent increase on the previous year’.

However we should look at the need for contraception in Africa, the place where most of this new UK money will be directed. It is argued that this funding is needed to help women stop having unwanted children and unsafe births.

However the Guttmacher Institute (another known abortion and sexual rights campaigning organisation) in its own research found that: ‘Women with unmet need for contraception rarely say that they are unaware of contraception, that they do not have access to a source or supply, or that it costs too much.’ Even going back to 1995–2005 they note that women rarely cited a lack of access or cost as a reason for not using a contraceptive method.

Instead, they report that women express concerns about the side-effects and health risks associated with modern contraceptive methods and that ‘in Africa, opposition to contraception is somewhat more frequently cited as a reason for non-use than in earlier years.’

This is important. The issue here is not about access and availability but about women not wanting to use contraception.

Family planning organisations have a vested interest in this business so their answer is to ‘educate’ women. They say that poor and uneducated African women need ‘broader educational programs designed to address opposition to family planning.’

Obianuju Ekeocha of Culture of Life Africa says that this is simply a new form of neo-colonialism and imperialism. It certainly reeks of ‘we know better than you’ as the UK imposes its own Western-centred ideological values on other nations. Evidence, it seems, is not allowed to stand in the way of ideology.

Interestingly, last month, after Theresa May’s announcement made from neighbouring Kenya, President Magufuli of Tanzania suspended all family planning advertisements funded by USAID while the donor is reviewed for its population control motives. In front of the United Nations Population Fund (UNFPA) representative, the President questioned the merits of family planning and expressed concern over low birth rates experienced by many countries: ‘I have travelled to Europe and elsewhere and have seen the harmful effects of birth control. Some countries are now facing declining population growth. They are short on manpower.’

Added to this, Ekeocha comments in her book Target Africa that the staggering prevalence of corruption makes one wonder why donors keep giving money to African leaders, knowing full well that they will line their pockets with it.

Africans, as a generalisation, tend to value larger families, hold to more religious and ‘traditional’ views of sex and relationships, and see children as a blessing, not a cost. They are also wary of the costs and side-effects of contraception and attach greater value and importance to unborn human life than we in the ‘West’.

What about the UK paying for abortions for African women, and using the money to try to liberalise abortion laws?

Almost 80 per cent of African countries have some sort of law prohibiting or restricting abortion, predicated on the widely held belief that unborn babies have a right to life and deserve to be protected by the law.

And the concern about ‘unsafe abortions’ is disingenuous. Abortion, spontaneous and induced, accounts for less than 5 per cent of maternal mortality in resource-poor countries, according to the WHO. Moreover, as proven in many resource-rich countries, abortion incidence markedly increases with legalisation, and that increase is accompanied by an absolute increase in mortality and morbidity.

South Africa has one of the most liberal abortion laws in the world, freely provided in public healthcare facilities, yet they have a very high maternal mortality rate (higher than neighbouring Botswana with no legal abortion). They also have high numbers of illegal abortions, despite offering free legal abortions.

Before I end this, I need to mention MSI’s record of illegal abortion practice exposed in the documentary, Killing Africa. An upcoming film, Strings Attached, will show how some of the millions pledged by Western nations on ‘sexual and reproductive health and rights’ is being spent.

The tables need to be turned the other way. What makes us think we in the West, with our culturally biased views, our high abortion rates, high family breakdown rates and shrivelling community values, know what is best for Africa? It should be the other way round. As Ekeocha says in Target Africa: ‘The most precious gift that Africans can give to the world right now is our inherent culture of life.’