NewsPaperthe art of publishing
HomeNewsPC Annie, get your gun!
0

PC Annie, get your gun! 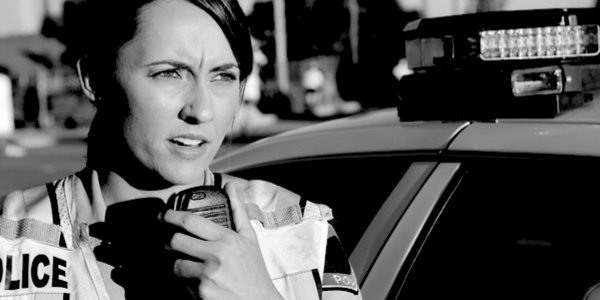 Commenting on the BBC serial The Bodyguard, on September 1 Margaret Ashworth wryly noted the preponderance of woman in positions of authority, describing this on-screen representation as ‘a clear attempt at portraying not the real world but the world as the BBC wants to see it’. It was an observation which put Margaret into a box labelled ‘sexist Neanderthals’ by the show’s tetchy writer.

Also sensitive to criticism of this dramatised wishful thinking was the Metropolitan Police. On October 9 Lucy D’Orsi, Deputy Assistant Commissioner in Special Operations, issued an extraordinary statement defending the BBC’s fictionalised depiction of female superiority: ‘The Bodyguard’s storylines may be far from reality, however what is true is that every day in the Met women are running armed operations, surveillance operations, carrying firearms, supporting victims of crime and abuse, and leading the biggest police force in the country. To say women do not exist or are not integrated in these roles is unfair and fails to recognise the achievements of many of my female colleagues.’

D’Orsi even sought to justify entertainment shows exaggerating the extent of female power: ‘Television and film has, in my view, a social responsibility to inspire women and young girls to think differently and ambitiously about their career pathways and what they can achieve.’

Lucy D’Orsi is again in the news because of what Sky News reports as ‘a drive to train more women as armed police officers to address the gender imbalance in the Metropolitan Police’s firearms units’.  At the moment, the Met’s Specialist Firearms Command has 778 men and only 63 women (7.5 per cent), a statistic which prompted D’Orsi personally to address a recent recruitment day: ‘We are definitely underrepresented with women officers in the firearms command so it has given us a healthy nudge to look to improve that.’

The Sky report notes that the more daunting fitness test for armed response officers previously has deterred women. It also quotes a female emergency response officer being ‘willing to step up’ but nevertheless blaspheming: ‘A lot of girls don’t really want to carry guns. Not only to fire them and carry them but what they might have to use them for.’

For Deputy Assistant Commissioner D’Orsi, such talk is heresy. According to the Sky News report, the recruitment drive is because ‘Ms D’Orsi believes that women bring “a difference in thinking and style” to a unit. Good communication skills and the ability to quickly assess risk and threat are vital, as well as working in a team’.

If she believes women do offer ‘a difference in thinking and style’, then conversely the same must be true of men; however, neither D’Orsi nor any of her colleagues will dare ever to identify traits that typically are masculine, far less praise such characteristics.

When someone does hold that male police officers might offer something unique, the reaction is hysterical and the punishment swift. During October the Scottish press unearthed the story of an acting inspector who last January recklessly had distributed, regarding a firearms unit, the following email: ‘Im (sic) going to plunge in with both feet and open myself up to being accused of being sexist! For operational reasons I don’t want to see 2 x female officers deployed together when there are sufficient male staff on duty. This is based on my experience in the firearms and policing environment, other than the obvious differencies (sic) in physical capacity, it makes more sense from a search, balance of testosterone perspective.’

The writer of this injudicious text either was extremely courageous or exceptionally naïve. Angela Wilson, formerly deputy chief constable of Tayside and now a persistent alleger of sexism within Scottish policing, condemned the email not only as ‘discriminatory’ but also ‘misogynistic’ and ‘bullying’, descriptions which indicate she would benefit from a dictionary. Even Humza Yousaf, Scotland’s Justice Secretary and evidently a minister with too little to occupy him, piped up: ‘That is not the kind of language I would expect any police officer, junior or senior in rank, to be using . . . that language is just utterly unacceptable.’

Yousaf’s description of the memo as ‘utterly intolerable’ presumably refers to the writer’s views on deployment of women rather than his sloppy spelling and suspect syntax.

Needless to say, for the sin of not pairing female firearms officers if avoidable, the acting inspector was censured by management, made to apologise and ‘issued with corrective advice’. Initially unnamed, a few weeks later the culprit was publicly identified as Keith Warhurst and revealed to have been demoted back to the rank of sergeant and removed from that firearms unit.

It is not known whether Sergeant Warhurst wishes to return to firearms duty. One thing for sure, there is little point his applying for transfer to the Metropolitan Police, which now values gender over aptitude and ability.