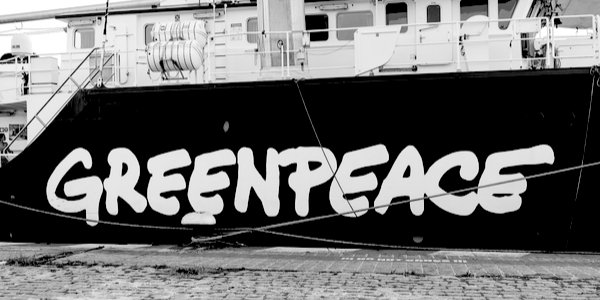 SO Mark Field MP is being pilloried by the ‘right-on’, and not just for being a Conservative. The footage of him stopping a Greenpeace protester from getting close to the Chancellor of the Exchequer has gone viral.

There are calls by the virtue-signallers for him to be punished for his actions. Their argument is that this was a ‘peaceful’ protest. They also state that the protester, being a woman in an evening dress, posed no threat.

They are being quite racist with the latter assertion. It is just that no one seems to have noticed this. And the reason for this is that the only people who would have noticed this are the same people who are objecting to Mr Field’s prompt actions.

‘Peaceful’ protest used to be standing on a street waving a placard and shouting slogans. But the definition of ‘peaceful’ has been rather stretched. It now includes actions that prevent or inconvenience members of the public. It is true that strike action also does this, but strike action is regulated. The recent acts of civil disobedience are not. In fact they are illegal. Their purpose is to goad the authorities into action and to create self-described ‘martyrs’, around whom a cause can coalesce.

They are not ‘martyrs’. Real martyrs were those who were murdered just for their beliefs, not for doing anything physical. Thomas Hitton believed that church services would be better if they were conducted in English. For this, he was burnt at the stake in 1530, during the reign of Henry VIII. Hitton did not invade a banquet, block a road or stand on top of a train. To use the word ‘martyr’ for those who disrupt modern lawful activity is in fact cultural appropriation. But again, the kind of people who accuse others of cultural appropriation are happy to appropriate the term ‘martyr’ culturally or otherwise without a hint of embarrassment.

If instead of a woman in an evening dress marching purposefully towards the Chancellor, it had been a 6ft bearded man of Asian heritage in a khaki jacket, no one but the most idiotic of the metropolitan liberati would be questioning Mr Field’s conduct. So in effect they would be judging the person striding intently in the direction of the Second Lord of the Treasury on appearance. But we are told that to judge a person based solely on sex or ethnicity is racist or sexist. So how can it be other than racist to say that a white woman in an evening dress mounting a direct action political protest poses no threat?

She was carrying leaflets, but also a handbag. At the time of writing, we do not know what was in the handbag. Airports have for years forbidden even small quantities of liquid to be carried into an airliner’s cabin. It is racist not to consider if she was capable of carrying out a terrorist attack. It is likely that the woman depended on her identity and appearance to be able to get as close as she could to the Chancellor to do whatever she intended. And it was her intent to get as close as she could. The Chancellor was her target. It is possible she did not want only to carry out a spot of self-gratifying berating.

But the kind of people who screamingly accuse others of racism do not actually see this in themselves. They never do, which is why the culturally-driven forced marriage of British girls is not seen as rape by a feminist movement which also has no issue when a rape suspect hides away in a foreign embassy for years.

The worst part of this protest is the moral blackmail angle. The protesters dare those they are attacking to respond in a way that blocks their actions, and then accuse them of heavy-handedness. They do not see that every protest they mount is heavy-handed as they use their ideology to cause disruption, from which they expect to get away scot-free with the consequent publicity validating their supposed cause. It is they who by their own standards are being the oppressors here. It is they who are being aggressive, especially when they justify their aggression. They are clamping down on freedom of movement, speech and association, and are creating an informal dictatorship where ordinary people are indirectly forced to curb their activities for fear of demonstrations or the exorbitant cost of security that the ever-present threat posed by Greenpeace and other organisations represents.

We are experiencing the imposition of a kind of ideology tax, where people being obliged to lose materially or financially for holding and celebrating their belief in the exchange of ideas, the free market, and legal businesses that function under it. Protest is fast becoming a cost of lawful business, especially if the authorities keep standing back for fear of being accused of dictatorship when they attempt to impose the rule of law.

Public meetings by ordinary people concerned over numerous social and political issues have been cancelled by authorities due to public safety or the cost of security. You will have seen that I am not a huge fan of feminists, but some of them are subject to a campaign of violence over their differences with transgenderism. Thought and expression are being curtailed in this country without the advent of a Marxist-Leninist dictatorship beforehand.

Perhaps the future resembles E M Forster’s The Machine Stops, where people are inhibited from free association, but instead communicate their ideas from fully automated cubicles, forming virtual meetings. But from H G Wells’s The Land Ironclads, that would mean that we would have in our ‘eyes and carriage something not altogether degraded below the level of a man’.

Fear and force are winning over hope and innovation. This is not a new dark age. But it is definitely getting greyer.