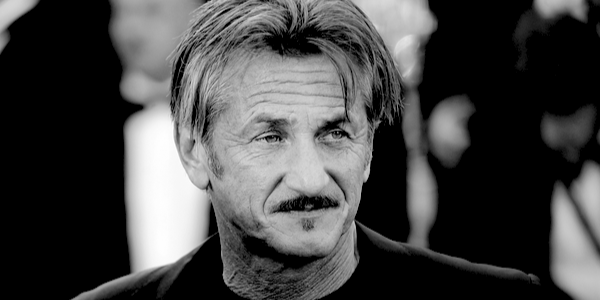 SEAN Penn, who made his name playing tattooed hard men, is apparently so terrified of a receding virus with a survival rate in the healthy under-60s of 99.98 per cent that he has allegedly insisted that everybody working on his latest production, including those who will never come into contact with him, is double-jabbed.

According to insiders, NBCUniversal Content studio is in the process of filming scenes in the TV series aptly named Gaslit that don’t include Penn, presumably buying them some time to weigh up which could be the most damaging to the production: recasting Penn or having a youthful member of the crew or cast suffer a serious adverse event (AE) following vaccination.

The majority of the leads on Gaslit are far younger than the 60-year-old Penn, including 14-year-old Darby Camp, and Penn’s double-jab ultimatum puts a whole new spin on suffering for your art. In California, the number of deaths, life threatening AEs and permanent disability following vaccination in the 6-17 age group stands at 39, whereas deaths from/with/of Covid in the same age group is zero.

To be fair to the star, unlike Facebook whose CEO Mark Zuckerberg was caught on camera saying ‘I do just want to make sure that I share some caution on this [vaccine] because we just don’t know the long-term side effects of basically modifying people’s DNA and RNA’, yet still insists everyone at Facebook be double-jabbed before returning to the office, Penn is a double-jabbed true believer. So much so that his non-profit organisation Core Response is supporting the Dodger Stadium ‘vaccine’ drive offering jabs and tests to everyone from California to Georgia. Set up following the 2010 Haiti earthquake to provide emergency response teams and post-disaster technical and psychological support to hurricane-hit communities, Core Response is a remarkable achievement. In this regard, Penn has been a tour de force, putting his money where his mouth is, mobilising within hours a powerful network of doctors, emergency workers, and government officials to take immediate action. It’s an impressive undertaking that puts many western governments to shame. But providing immediate disaster relief is a world away from vaccinating millions of Americans (Core Response has to date jabbed 1,704,000) considering Penn has no medical qualifications and judging by his tweet of July 17, limited understanding of the mRNA Covid ‘vaccines’: ‘Anecdotally, I’m told that not only are the vaccines totally safe, but they also help burn weight. Healthier & slimmer in one shot’.

While Penn no doubt feels he is doing what is best for those in America who want access to the vaccine, it would seem as though he has left himself (and specifically the administers of the ‘vaccine’ under the Core Response banner) wide open to multiple legal challenges in regard to the minimum requirements to fulfil the legal obligation of informed consent.

For example, the Core Response Q&A gives a resounding ‘yes’ when asked if the vaccines are safe and adds, ‘no serious safety concerns have been identified’.  It informs you that the vaccine will not give you Covid (it fails to mention breakthrough Covid as a result of vaccination) and that ‘side effects related to the covid-19 vaccines are a reaction to your immune system building its defence against Covid-19’.

Core Response then poses the question: And what about potential long-term side effects? The answer is a keeper: ‘As of March 2021, side effects of the vaccines have been closely monitored in clinical studies for 10 months. The chance of experiencing side effects after that period is extremely unlikely, as the vaccine breaks down and leaves your body shortly after triggering the immune response.’ Can it make me sterile? ‘No’, says Core Response, even though there is no way of knowing at this stage as there were no pregnant participants in the shorter-than-nine-month-trial. And my particular favourite: If I already had Covid-19, do I still need to get the vaccine? ‘Yes’, says Core Response.

Nowhere is there information on the risks of taking an experimental, unlicensed and unapproved mRNA ‘vaccine’, or that Covid poses far less a risk than vaccines the lower the age group and that’s even before you take into consideration the long-term unknowns.

Penn is not alone in believing the Covid jabs are a panacea or that the whole world must be vaccinated before any one of us is safe. Friends star Jennifer Aniston will no longer ‘be there for you’ should you have the temerity to remain unvaccinated. ‘There’s a large group of people who are anti-vaxxers or just don’t listen to the facts,’ says Dr Jen, who concurs that such people have had their views ‘swayed by fear and propaganda’ (the irony) adding that she’s jettisoned those who would not disclose to her whether or not they’d been vaccinated. Amusingly, the Daily Mail ran the Dr Jen story above a piece about how the fully vaccinated have similar viral loads to the unvaccinated, suggesting both transmit the virus equally. Presumably Mail columnist Amanda Platell doesn’t read her own paper, as she came out in support of Jen, stating confidently (as only someone with a degree in PPE can) that ‘the evidence that the vaccines work is now crystal clear’.

The supercilious arrogance of Aniston, Platell and Miranda Levy (who in a ‘pro-vaxx and proud’ Telegraph article explains that having already had Covid she’s not worried about getting it again because she’s been double-jabbed. You weren’t going to get it again, Miranda, which you’d know if you’d done any research) is the same elitist bubble of superiority that also ended ‘friendships’ over Brexit.

With multiple lawsuits piling up against mandatory vaccinations (including jabs for jobs) and the issues surrounding the failure to provide fully informed consent, Penn, Core Response and NBCUniversal Content all have a moral, financial and legal tightrope to walk. They’re not alone. Microsoft, Walmart, Netflix, Disney, Facebook, Sundance Film Festival and Google (which invested in the Oxford/AstraZeneca ‘vaccine’) all of whom demand mandatory vaccination, could well find themselves on the wrong side of history.

Ignorance is not a defence. Penn’s heart may be in the right place, but he isn’t a doctor. Regardless of data or intent, it is morally repugnant to force something into a person’s body without their fully informed consent using any kind of coercion as a tactic. Harvey Weinstein should know, he got 23 years for doing exactly that.

Core Response’s opening Q&A question is: Do I have to take the vaccine? ‘No. The vaccine is not mandatory’, answers Core Response.

Unless you’re making a film with Sean Penn.