NewsPaperthe art of publishing
HomeNewsPeople power is back. Just not in Britain
0

People power is back. Just not in Britain 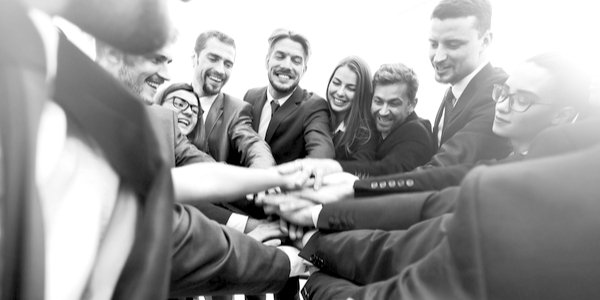 Throughout Europe, in Germany, Hungary, Poland, Italy, Sweden, Denmark and France we have seen the rise of parties which listen to voters’ concerns about immigration, taxes and health care provision. The discontent with the establishment has spread to Justin Trudeau’s Canada.

Ontario, the country’s most populous province, has just elected Doug Ford, brother of the late and controversial former premier Rob Ford. Doug won a majority government in a show of strength for what the Guardian bitterly describes as ‘the divisive wedge politics that have rattled much of the world’.

Doug Ford has long been a controversial figure in Canada, and does little to hide his opinions. During his one term as a Toronto city councillor he refused to attend the city’s Pride parade – describing it as ‘middle-aged men, with pot bellies, running down the street buck naked’.

The people of Ontario were not put off by a politician who speaks his mind and responded positively. He won 76 of the 124 seats in the province. Ford’s Conservatives won because the people recognised their platform as reflecting their concerns. The Conservative promises included slashing income taxes, reducing the price of fuel, boosting spending on healthcare and repealing carbon pricing.

Ontario’s Conservatives won 41 per cent of the vote. Meanwhile, after ruling the province for 15 years, the incumbent Liberals were humiliated by a reduction to a mere seven seats and lost official party status.

Now Quebec has continued the trend. On Monday night, Quebec politics underwent its most significant realignment in the last half-century. Coalition Avenir Québec, a right-of-centre party that came into existence only in 2011 and has never held power, is leading after Monday’s provincial government election.

It is clear from first results that CAQ will be able to form a majority government in Quebec while the incumbent Liberals once again appear to have been trounced, losing more than half their seats.

When the election was called, the Liberals held power with 68 seats in the province’s 125-seat National Assembly, the pro-independence Parti Québécois held 28, the CAQ 21 and Québec Solidaire three, along with five independents. Not since 1966 has a party other than the Liberals or PQ held power in Quebec.

The CAQ promises to cut the number of immigrants, lower taxes and privatise some aspects of the health-care system. Despite the usual slurs from the media CAQ capitalised on a thirst for change among Quebec voters.

Quebec has limited powers over immigration, and is empowered to grant a ‘certificate of selection’ to newcomers, as a first step toward Canadian citizenship. The CAQ campaign included promising compulsory courses in French and a mandatory Quebec values test for newcomers within three years after their arrival. The CAQ proposes that those who fail the French and Quebec values tests will not be granted a Quebec certificate of selection, blocking them from seeking Canadian citizenship.

With 37.7 per cent of the popular vote, the CAQ may have the lowest percentage in Quebec history for a party which won a majority, yet they still overwhelmed the incumbent Liberals, who had held power for the past 15 years with the exception of a brief PQ minority government. They found themselves pushed way down the voting list. Since Confederation they have always managed to garner at least 30 per cent of the vote. This time they slipped to 24.7 per cent, a historic low.

In his concession speech Liberal Party leader Philippe Couillard, who retained his own seat in Lac-Saint-Jean, said: ‘Quebecers clearly expressed a desire for change’. He would take a few days to reflect on his own political future he said.

CAQ leader and Premier-designate François Legault said voters had finally set aside the divisive battle over Quebec independence which has dominated its politics for the last 50 years. The question of independence failed to figure prominently in the campaign for the first time in decades.

The election saw major losses for the once powerful pro-independence Parti Québécois at the hands of another emerging party, the Francophone Québec Solidaire. PQ, which had no clear platform or party cohesion, slumped from 28 seats to only nine and managed to scrape just 17 per cent of the popular vote.

Their numbers are so low that PQ have also failed to maintain official party status in Quebec. As a result the PQ leader, Jean-François Lisée, has resigned the party leadership after losing his seat to Québec Solidaire’s Vincent Marissal.

Dr Campbell Campbell-Jackhttp://www.agrainofsand.co.uk/
Campbell is a retired Presbyterian minister who lives in Stirlingshire. He blogs at A Grain of Sand possil.wordpress.com where he looks at the Church and the world and wonders 'Why?'