NewsPaperthe art of publishing
HomeNewsPhilby, a traitor and a fool
0

Philby, a traitor and a fool 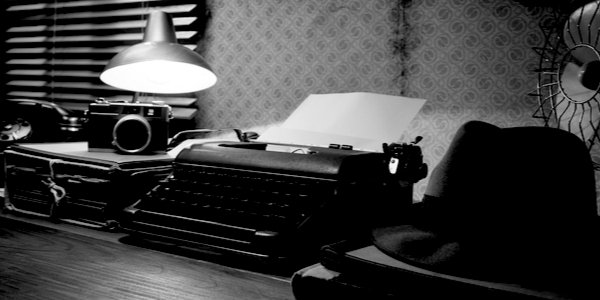 THE legend of Kim Philby, born 110 years ago today, shows little sign of abating, thanks to innumerable best-sellers. But writers prefer not to dwell on the fact that his life was a study in failure, both of himself and his long-dead cause.

He was, in almost every sense, a very English Englishman. At a time when most of the nation was living in poverty, Kim Philby had it all. A son of the Raj, Westminster School and Cambridge, he was suave, elegant and educated. He had very little to rebel against. Until, he felt, the 1930s.

The Nazis were on the rise and after leaving Cambridge, Philby found his way to Vienna where he witnessed the brutality of fascism. He delivered clothes and money to refugees from Nazi Germany. He also fell in love with a Jewish communist by the name of Litzi Friedman and married her. It was 1934 and Philby was just 22, with a wife who was a known target for the Austrian government, then in the midst of a brutal crackdown on Left-wingers. They departed for England two months after their marriage.

One might expect that Philby and his bride would be grateful to the homeland that gave them refuge. On the basis of his conduct, Philby was not.

In a sequence of events reminiscent of a spy thriller, Philby was introduced to a man who would become his KGB controller. They would meet in London parks and over time he passed information that would condemn people to their deaths.

By 1937 Philby was working for the ‘top people’s paper’, the Times. For someone so well connected, it was only a short step from there to the Secret Service.

During the Second World War Philby found himself drawn to the Special Operations Executive (SOE). He would be of great use to the Russians, if he was still willing to betray his own country that held so many doors open for him.

In youth everyone has the right to be impressionable, but Philby had witnessed the loss of his handler in the Stalinist purges as well as the Molotov Ribbentrop pact. For one so waspish about others with a ‘slender intellectual endowment’, he proved particularly slow on the uptake. In spying for the Russians, he would be helping the very fascism that had horrified him from the outset.

Philby gave Stalin the names of German anti-communist democrats who wanted to overthrow Hitler and build a post-war Germany. They all went ‘missing’ after Hitler’s defeat. None of this concerned Philby, for in becoming a KGB spy he had joined an ‘elite’, in his own words. He concluded the conflict by being made an OBE for his ‘services’.

As the quintessential Englishman he maintained habits: Lord’s, the Athenaeum, oysters and fine wine. Wherever business had to be done it was usually over a table that would be unattainable to most in austere post-war Britain. In this genial environment nobody doubted Kim Philby. His charm was legendary: ‘he made you feel as if you were the most important person in the world’: smooth, concerned, and very much a ladies’ man. In 1946 he and Litzi divorced and soon afterwards he married Aileen Furse, with whom he already had three children; there would be two more.

Like a thriller, the scene moves in 1947 to exotic Istanbul where Philby was appointed Head of Intelligence. As he settled into a partying frenzy with the expat community, silently he was undoing everything that Britain was trying to achieve in the intelligence field, and killing a lot of people along the way. As Britain was approached by potential defectors, he tipped off their persecutors and they were duly ‘dealt with’. Over time those few defectors that made it to the UK spoke of a mole at the highest levels in British intelligence. But Philby was a true professional, unflappable, given to stiff drinks and an ever-ready abundance of charm with which he was fortified to lie his head off. And everyone in a position of authority believed his lies.

In 1949 he moved to Washington as intelligence representative to the British Embassy. So effective was Philby that the Russians began to wonder if he might be a double agent. In reality, he was being exploited and he never realised until it was too late.

In the course of his work Philby had notice that two other spies, Guy Burgess and Donald Maclean, were about to be arrested. He promptly tipped them off and they disappeared to Moscow. The timing of the defection was one coincidence too many for the few who suspected Philby. He was viewed as the mysterious ‘third man’ and after an MI5 investigation resigned, rather than face dismissal.

For a time, he worked as a journalist and all but stopped spying. In October 1955 the Labour MP Marcus Lipton used his parliamentary privilege to name him publicly as that ‘third man’. The following month he faced the press at his mother’s Chelsea flat. Here Philby put on his greatest performance. With restrained haughtiness he denied all charges.

Philby was triumphant. He picked up a job with The Observer, handed to him on a plate by his establishment contacts. As the paper’s correspondent in Beirut he continued spying, and found a third wife.

In 1961 a KGB major wisely decided to defect to the US rather than to Britain, where so many had mysteriously failed to complete the journey. He duly confirmed that Philby was the ‘third man’. A close friend, former confidant and his staunchest defender was dispatched to extract a confession. And then he left Philby to his own devices for four whole days. There was no ‘tail’, no ‘watcher’, nothing. Good chaps don’t need one. Philby slipped away one stormy night on a rusting Russian freighter thus avoiding a show trial that would have embarrassed the Establishment. He never returned to England. Instead, he padded the streets of Moscow in his tweed jacket reading P G Wodehouse and out-of-date copies of the Times. His children sent parcels of thick-cut marmalade and he continued to follow the cricket from afar. The highlight of his week was a broadcast of Sing Something Simple.

He never publicly renounced communism or expressed any regret for his behaviour. He pretended he was right, in the manner of a public-school boy from a long-gone era. It wasn’t enough. Britain had changed and the word of a well-bred Englishman was no longer automatically believed. In the end Philby failed to convince even himself. He married a fourth time and then drank himself to death.

His epitaph must read that he simply wasn’t half as clever as he thought he was.