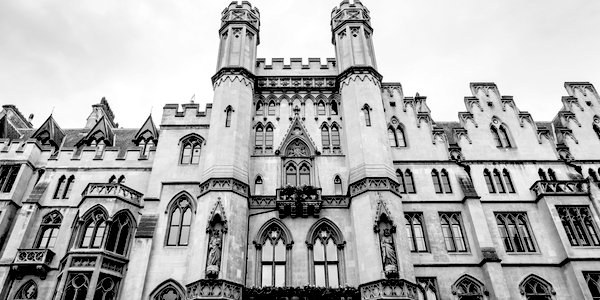 THE London public school attended by the British intelligence officer and Soviet spy Kim Philby (1912-1988) is planning a move that he would have approved of as a Marxist. Westminster School, which nestles next to Westminster Abbey and whose annual boarding fees of £41,607 are more than most British people earn, is to appoint enforcers of equality and diversity from amongst its pupils.

In an update circulated to former pupils, Westminster’s Challenging Racism Committee (CRC) says it is ‘planning to appoint year-group equality representatives, who will receive training from experts in diversity and unconscious bias to capture and report any racist incidents involving pupils and offer support’.

The CRC, which ‘was established with representatives from the staff and pupil body, the Governing Body and HR department’, has been ‘reviewing and implementing our response to the Black Lives Matter movement, which has affected us all, and as such, wanted to give an update on progress to date and thoughts for the future’.

Thoughtful Westminster parents are surely going to wonder what offering ‘support’ over ‘any racist incidents involving pupils’ will mean in practice. Those familiar with Marxist euphemism are likely to be concerned that the new diversity representatives will see their role as being to root out racism by denouncing fellow pupils suspected of it to the school authorities. Whatever their son or daughter’s ethnic background, will parents out of their taxed income (if they are domiciled in the UK) want to spend around £30,000 per year for a day pupil or £40,000 for a boarder on having their teenager turned either into a politically correct commissar or the subject of denunciation for ‘unconscious bias’?

Parents concerned that Westminster is going to sacrifice academic rigour for ideological purity are unlikely to be reassured by this part of the CRC update: ‘Regarding changes to the curriculum, the Deputy Head (Academic) attended the most recent CRC meeting. He noted that some of our curriculum content is limited by syllabuses that are defined by examination boards, and changes here will be in the long term.’

Then there is the question of what will happen to the spirit of free intellectual inquiry at the school. Will pupils be allowed to analyse the formation of particular cultures within some ethnic groups in Western society and to evaluate such cultures intellectually and morally? For example, white supremacists in the US form a nasty, anti-Semitic and often violent, but fortunately small, sub-culture within the American white population.

Presumably, a Westminster pupil would not get into trouble for pointing that out. But would he or she get into trouble for talking about the role that political correctness played in making the police reluctant to investigate Asian grooming gangs targeting white girls for sexual exploitation in England?

A former Director of Public Prosecutions, Ken Macdonald, conceded that point in an interview with John Humphrys on BBC Radio 4’s Today programme in 2017.  After 18 people in Newcastle were convicted of or admitted to child sexual exploitation, Macdonald, a Liberal Democrat peer, said: ‘There has been in the past a reluctance to investigate a category of crime that people might believe attaches to a particular community in circumstances where men may be targeting young women.’

Humphrys said: ‘In other words we’re talking about – by and large – Muslim men who have been targeting white girls.’ Macdonald: ‘Yes, exactly.’

Humphrys then asked if ‘political correctness’ had ‘interfered with the course of justice’. Macdonald reiterated that cases had not been looked into as they should have been.

How would a Westminster equality and diversity commissar react if he or she overheard a fellow pupil agreeing with Lord Macdonald?

The evangelical hymn writer Charles Wesley (1707-1788) attended Westminster School. Jesus, the Name High Over All  is one of his most celebrated hymns. It includes the following verse: ‘Oh, that the world might taste and see the riches of His grace! The arms of love that compass me, would all mankind embrace.’

This hymn is thus asserting that everybody in the world, whatever their ethnic, cultural or religious background, needs the eternal salvation which God’s one and only Son, Jesus Christ, uniquely achieved for all humanity through his sin-bearing death on the Cross.

Under the regime planned by the CRC, could a Westminster pupil who has ever sung that in their church find themselves being reported to their school authorities for a diversity violation?

Julian Mann
Julian Mann is an evangelical journalist based in Morecambe, Lancashire, and author of Christians in the Community of the Dome.