NewsPaperthe art of publishing
HomeNewsPhilippa Taylor: Beware this multi-million pound altar to the eugenic legacy of...
3 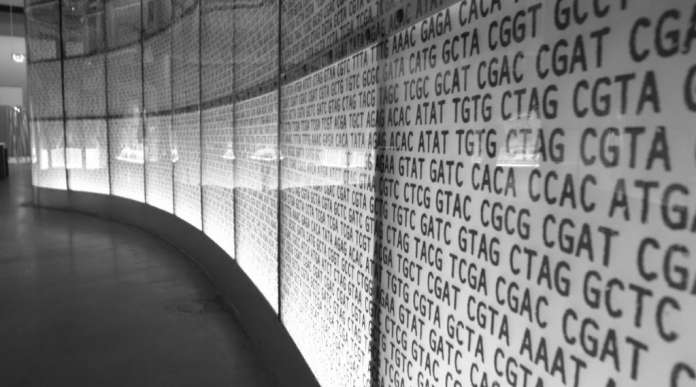 A small statue in a small college in a small town in the UK has been at the centre of much media attention recently.  The statue of Cecil Rhodes at Oriel College, Cambridge is under threat of removal because of some of Rhodes’ views. While he did much that was good, debates over whether Rhodes was racist or not has generated demands that his statue be removed.

In contrast, a massive building, funded by millions of EU and UK money, in the heart of our capital city has not been challenged at all on its choice of name, and link to the past.

The Francis Crick Institute has been called a £700 million ‘altar to biomedical science’, ‘Europe’s superlab’ and even ’Sir Paul’s cathedral’ after its Director, Sir Paul Nurse.

Yet this high profile, lavishly funded (annual budget £150 million), European research ‘superlab’ has chosen to honour – through its name – a British scientist who was an unashamed eugenicist.

Francis Crick did much that was well worth celebrating and recognising, most notably though his work with James Watson, as Matt Ridley’s book title reminds us: ‘Francis Crick: Discoverer of the Genetic Code’. The Institute describes Francis Crick as a man ‘noted for his intelligence, openness to new ideas and collaborations with scientists working in different fields of expertise.’

Yet Crick’s personal letters reflected his committed belief in eugenics. He believed that the Nazis had simply given eugenics ‘a bad name’, suggesting that: ‘I think it is time something is done to make it respectable again’ in a letter to biochemist, Dr John T Edsall on June 10, 1971.

Crick famously threatened to leave a scientific group after researchers in the group protested against a racist research proposal that posited finding evidence for supposed differences in the IQ of black and white people. Crick said that there were racial IQ differences and suggested these were due to genetics.

He wrote in another letter to Edsall and the American National Academy of Sciences in February 1971 that: ‘…In brief I think it likely that more than half the difference between the average I.Q. of American whites and Negroes is due to genetic reasons, and will not be eliminated by any foreseeable change in the environment. Moreover I think the social consequences of this are likely to be rather serious unless steps are taken to recognize the situation…’

This was years after he aired his views to Lord Snow. When Lord Snow asked him about a BBC programme, Crick wrote on April 17 1969: ‘As far as I remember I said that the biological evidence was that all men were not created equal, and it would not only be difficult to try to do this, but biologically undesirable. As an a[s]ide I said that the evidence for the equality of different races did not really exist. In fact, what little evidence there was suggested racial differences.’ (emphasis in original).

Crick even went so far as to advocate bribery and sterilisation of certain groups of people!

His 1970 letter to Dr B Davis at Harvard Medical School proposed offering financial incentives to families to separate twins at birth for research and that people who were ‘poorly genetically endowed’ should be sterilised:

‘…My other suggestion is in an attempt to solve the problem of irresponsible people and especially those who are poorly endowed genetically having large numbers of unnecessary children. Because of their irresponsibility, it seems to me that for them, sterilization is the only answer and I would do this by bribery. It would probably pay society to offer such individuals something like £l,000 down and a pension of £5 a week over the age of 60. As you probably know, the bribe in India is a transistor radio and apparently there are plenty of takers.’

After saying the Nazis had given it a bad name, Crick said in one letter that: ‘people have to start thinking out eugenics in a different way.’

In that respect, he was right. Eugenics is now thought out differently today.

Armed with new genetic technologies, a new eugenic enthusiasm has emerged. The new eugenics is more laissez-faire, but is one where it is irresponsible to refuse to undergo prenatal tests, where every child has the ‘right’ to a healthy genetic endowment and where we improve humans by deliberately picking and choosing their inherited traits.

Which brings us back to the Francis Crick Institute.

The HFEA’s controversial decision to grant approval to the Francis Crick Institute to conduct germline editing on human embryos using the technique Crispr-Cas 9 has been covered here.

However some bioethics experts have warned that germline research now being carried out at the Crick Institute could be used for eugenic purposes. In an article headlined: ‘Humans will be ‘irrevocably altered’ by genetic editing’ 150 scientists called for a ban on it because: ‘Permitting germline intervention for any intended purpose would open the door to an era of high-tech consumer eugenics in which affluent parents seek to choose socially preferred qualities for their children…We must not engineer the genes we pass on to our descendants.’

I am not advocating removal of either the Rhodes statue nor the Institute but want to challenge this high profile honouring of a eugenicist and warn that current research carried out in the same place may end up with exactly the same highly objectionable (and harmful) purposes that Francis Crick had. The laudable goal of treating human disease and relieving human suffering must not be allowed to become a tool for exercising quality control over our offspring.

Ironically, the choice of name (inadvertently?) now links the research at the Francis Crick Institute to a eugenic advocate.

And the further other irony of all this is that if the germline research now being done at the Institute is indeed potentially eugenic, then the Institute’s name is, unfortunately, highly appropriate.