NewsPaperthe art of publishing
HomeNewsPhilippa Taylor: IVF is no panacea. Women should be free to have...
1

Philippa Taylor: IVF is no panacea. Women should be free to have their children young 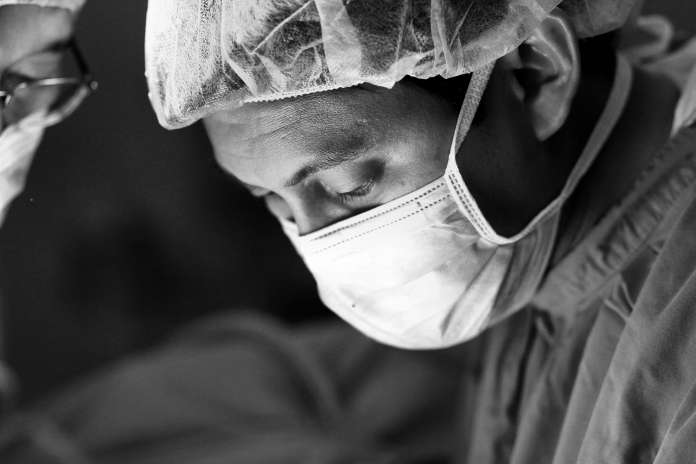 Now, in that CCG, only patients who can prove that their circumstances are exceptional (for example, if they are undergoing cancer treatment that will make them infertile) may be able to access IVF, but this will be decided on a case by case basis.

The decision goes against NICE guidelines, which recommend that infertile women under 40 years of age should be able to have three rounds of IVF on the NHS.

It has inevitably prompted a barrage of negative responses from fertility groups and from women desperate for treatment.

However mid Essex CCG say they have no choice because they are poorly funded by central government and have a huge deficit.

In fact, they are not the only CCG to disregard the NICE guidelines and to cut IVF provision. Only 18 per cent of CCG’s offer three cycles.  A survey by ‘Fertility Fairness’ found that half of CCGs provide just one cycle free to women. Others only offer it to women who are under 35 years, while in some women have to wait longer than the recommended three years before IVF is given.

Of course, this also means that women living in different CCGs may still be able to access three free treatment cycles. Hence complaints about the unfairness of the postcode lottery of IVF.

So should CCGs be compelled to adhere to the NICE guidelines and provide three free rounds of IVF to all infertile women under 40?

Leaving aside debates about whether infertility is a disease (as claimed by some groups) and therefore whether IVF can be described as a ‘treatment’ needing intervention on the cash strapped NHS (an argument that is not just confined to infertility but to many other  ‘disorders’, unwanted pregnancy and abortion being just one), it is not quite so straightforward as those arguing for the free treatment make out.

Infertility is deeply distressing and can affect every area of life for those struggling to conceive (as many as one in seven couples). IVF can provide couples with a child they desperately want. Indeed, it has brought many precious new lives into being, and real happiness to millions of parents,

But the subtext is not quite so rosy.

NICE, remember, only recommends offering IVF for women up to the age of 40, but the chances of conceiving at that age are not much better than one in ten!

So the significant costs to the NHS (the average cost of one cycle privately is £5,000) and the ‘success’ rate inevitably have to be weighed carefully against other stewardship considerations.

Then there are the costs to women’s physical health and the baby. There is limited evidence that IVF involves a certain mount of risk to the mother as, of course, does any medical treatment. The RCOG reports that IVF is linked to higher rates of caesarean section delivery, pre-eclampsia, pregnancy-induced hypertension and gestational diabetes, and for babies, poorer birth outcomes which are predominantly associated with multiple births, such as low birth weight and congenital abnormalities.

Add to this the stresses and strains put on relationships caused by women having to take heavy doses of powerful hormonal drugs (and the consequent health risks of those).

As well as the emotional roller-coaster of rising hope and dashed expectation with each unsuccessful treatment cycle, which will be an inevitable price to pay for the majority of women.

While not forgetting the ethical challenges with using IVF.  The Christian Medical Fellowship has produced a new booklet recently to provide both information and guidance on some of the ethical dilemmas IVF raises for Christian couples considering IVF. It includes two personal testimonies from Christian couples who both considered IVF and decided to take different courses of action.

IVF is not quite the panacea it is all too often made out to be. So I have some sympathy with CCGs trying to balance books and care for thousands of other patients too. I also have sympathy with women who are desperate for a child and hope that they will be part of the 10 per cent  success story.

But surely a lesson to be learnt from this is that such poor success rates for older women (ie. just 40 years old!) is that women should not delay childbirth and view IVF as an ‘insurance policy’ that they can access at any stage. IVF is no guarantee of success, despite being touted as such. This is highly relevant in a time when more and more women are delaying childbirth to concentrate on jobs and careers.

But that’s only one side. We should not lay the blame solely at the feet of women, who may feel they face little choice about having children younger, if they do not have a partner who will help support and raise a child, or if having a child may jeopardise already poor employment prospects, or if their careers will be adversely affected by taking a break or doing part time work, or who may not feel able to afford children in a weak economy. At the same time they are constantly told about the costs (not benefits) of children, government tax and benefit polices consistently penalise one earner couples, and into all this the media feeds a succession of IVF success stories.

Government, employers, partners, media, fertility groups, it’s as much your responsibility too. Please make it easier for women to have children younger, before it’s too late.