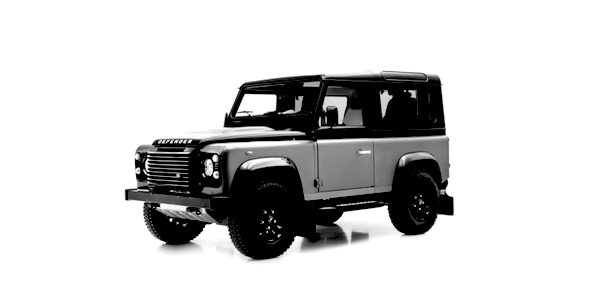 ARRIVING at the Pearly Gates in a converted Land Rover instead of a chariot of fire perfectly fits the late Prince Philip’s no-nonsense persona.

On Saturday, the specially-adapted vehicle, which he helped design, will carry him from the private chapel at Windsor Castle to St George’s Chapel, where his funeral service will take place.

He is said to have commissioned two such Land Rover hearses – one with an open roof – which are now being readied by soldiers of the Royal Electrical and Mechanical Engineers.

The funeral arrangements, slimmed down because of lockdown restrictions, will be attuned to the wishes of the Duke, who is said to have not wanted a ‘fuss’.  And being conveyed in a Land Rover – his favourite marque – will doubtless ensure a smooth journey.

It’ll certainly be smoother and less ostentatious than the convoluted contraptions that carried two other great men from a previous age, Horatio Nelson and the Duke of Wellington, to their final resting place.

On January 18, 1806, the body of 47-year-old Admiral Lord Nelson, having arrived in England pickled in a cask of brandy, was placed aboard a huge, specially-built funeral carriage designed to look like his flagship Victory, where he had died after defeating a Franco-Spanish fleet during the Battle of Trafalgar on October 21, 1805.

The beflagged conveyance featured an elaborately-carved figurehead and stern. Nelson’s four-layer coffin of mahogany, elm and lead, which weighed one ton, lay on the quarterdeck.

Drawn by six black horses, the canopied Victory facsimile,  ‘surrounded with escutcheons of the arms of the deceased, and adorned with appropriate mottos and emblematical devices’, took four hours to trundle the fallen hero through crowds 20,000 strong to St Paul’s Cathedral.

In the gathering dusk, the carriage was then hauled inside for a service lasting another four hours, after which a Union Jack from Victory was scheduled to be solemnly laid into Nelson’s crypt. Instead, sailors tore it into pieces as souvenirs.

An even more tortuous final farewell came on November 18, 1852, with the funeral of 83-year-old Wellington. His granite coffin was placed in a gigantic carriage that had been cast from bronze cannons captured during his greatest triumph, the Battle of Waterloo in 1815.

The grotesque six-wheeled monster was 20ft long, 10ft wide, 17ft high and weighed over 18 tons. As a crowd of more than a million looked on, 12 dray horses struggled to drag it to St Paul’s, but it became stuck in the roadside mud.

Sixty police officers and soldiers, helped by onlookers, were needed to haul it free. When the carriage reached the cathedral, there were problems removing the granite coffin and it took over an hour to get it into the building, where a congregation of 13,000 was crammed in for the service. Finally, Wellington was laid to rest alongside Nelson.

Lord Hardinge, the Duke’s successor as commander-in-chief, reckoned the funeral carriage was ‘a beautiful specimen of art’. But philosopher Thomas Carlyle dismissed it as ‘an incoherent huddle of expensive palls, flags, sheets and gilt emblems and cross poles’.

Charles Dickens said that ‘for forms of ugliness, horrible combinations of colour, hideous motion and general failure, there never was such a look achieved as the car’.

What Prince Philip’s verdict would have been on the over-the-top transports, we can probably guess – something on the lines of: ‘If that bloody thing’s a bier, I need a beer!’

It must be emphasised that poor Nelson and Wellington almost certainly had nothing to do with the design of their conveyances to eternity – such showy send-offs for national heroes were just the way things were done back then.

Thankfully, Sir Winston Churchill’s funeral on January 30, 1965 showed how things could be superbly handled without resorting to the overblown.  After lying in state in Westminster Hall, the coffin of the 90-year-old wartime Prime Minister was carried on a gun carriage through silent crowds to St Paul’s.

Following the funeral service, it was taken to Tower Pier and put aboard a Port of London Authority boat, the MV Havengore, which carried it two miles along the Thames – where dockers memorably lowered their crane jibs in salute as the vessel passed.

After being conveyed to Waterloo Station, the coffin was placed in a Southern Railways luggage van and drawn by the Battle of Britain class locomotive Winston Churchill to Oxfordshire, where Churchill was buried in a private family ceremony.

In 2015, the restored carriage and engine were displayed at the National Railway Museum in Shildon, County Durham.

After Nelson’s funeral, his carriage was put on show at Greenwich Hospital, but eventually disintegrated and was broken up, with some parts surviving – the figurehead is held at the Royal Museums in Greenwich. Wellington’s conveyance ended up on display at his country home, Stratfield Saye, Hampshire.

Soon, Prince Philip’s Land Rover will find a parking space beside them in the history of hearses for heroes. And next to those two clunking creations of the 19th century, I think we can all agree that it’s definitely the best funeral 4 x 4 by far.

Share
Facebook
Twitter
WhatsApp
Email
Previous articleAbortion by app, the grim product of the pandemic
Next articleWeasel words and broken promises – a roadmap to endless lockdown