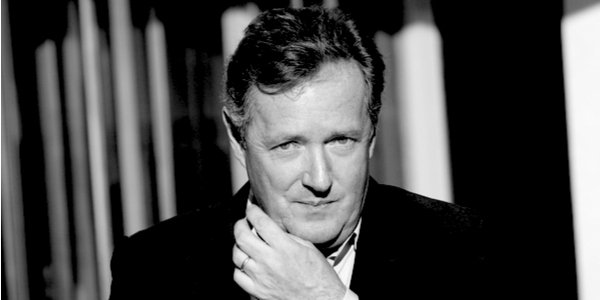 THE support for free speech in Piers Morgan’s bestselling book Wake Up  is unfortunately eclipsed by his praise for the Chinese lockdown policy imitated by Western governments.

Wake up takes the form of a diary running from January to July 2020 in which Mr Morgan chronicles his exasperation with wokery. But the entry for Tuesday March 24, the day after Boris Johnson put the country into ‘proper lockdown’, contains this revealing passage about the thinking that led the then Good Morning Britain presenter to become the UK’s main media spokesman for the Chinese solution:

‘Governments have been scrambling to find a way – any way – to contain it [coronavirus], and almost all of them have now arrived at the conclusion that the best way to contain the tide of infection is a lockdown similar to the one we now have, finally in the UK . . . This is how China, where the virus emanated, finally got on top of it – along with massively intensive testing of the kind America has abjectly failed to deliver. If Americans think their current lack of “freedom” is bad, they should see how an authoritarian state like China handled its lockdown. But it worked.’

Mr Morgan’s words here reveal the heart of the British establishment. It chose the Chinese Communist policy over the more measured and proportionate alternative which European nations, had they not forsaken their Christian heritage, would have adopted.

That choice led to the Good Friday outrage in London when British police disrupted a church service. Disrupting church services is what the Chinese Communist regime does in its desperation to stamp out the biggest threat to its totalitarian grip – the Christian faith.

Mr Morgan’s book also reveals how cavalier and callous the lockdown establishment has been towards the younger generation, which will bear the brunt of the long-term consequences of a policy which the baby-boomers (born after World War II up to the mid-1960s) have overwhelmingly supported and many have enjoyed in the gardens of their mortgage-free houses. In exposing the selfishness of the baby-boomers, Laura Perrins, of this parish, has been one of most eloquent advocates for the younger generation who have been so harmed by the lockdown policy.

In his entry for Wednesday March 182020 Mr Morgan wrote:

‘I’ve often wondered how the “millennial” (born between 1981 and 1996) and “centennial” (born after 1996) generations would cope with a real crisis. And I don’t mean the myriad crises many of them claim to have every second of every day, triggering the biggest explosion of “anxiety” the planet has ever seen. No, a real one. One that impacts on every one of us, causes genuine hardship and strife, costs huge numbers of deaths, and rips the global economy to pieces, and one that is a proper reason to feel anxious because it is indubitably frightening and none of us, not even the world’s top scientific experts, knows how bad it will get before we come out the other side.’

Mr Morgan kept his very well-paid ITV job for most of the lockdown without his employer having to resort to the government’s national-debt-piling furlough scheme to pay his salary. His refusal to apologise for remarks he made about the Duchess of Sussex’s attack on the Royal Family on American television was admirable, but the loss of his ITV job has hardly rendered him destitute.

Born in 1965, Mr Morgan turned 21 in 1986 when Margaret Thatcher was Prime Minister. He was able to embark on a hugely successful career in journalism and broadcasting which has made him very rich.

Is he disappointed that a ‘real crisis’, such as a government-imposed scheme for fomenting fear, disrupting education and hobbling the economy, did not hit Britain in the mid-1980s, one that could have ruined his career prospects but would apparently have been good for his soul?

That of course is a hypothetical question because a policy inspired by Chinese Communism was not one the Conservative Party or even the Labour Party at that time would have chosen.