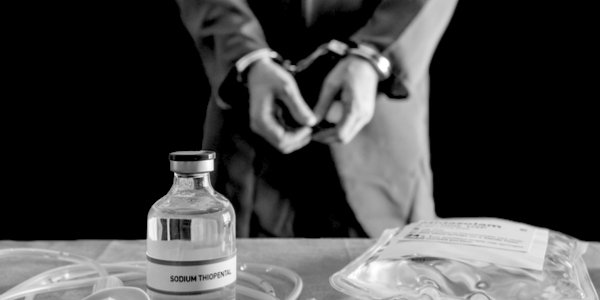 Do anything these days and if you’re not careful you get sucked into fanaticism. Witness the number of people who simply don’t like wanton animal cruelty and join the RSPCA with all its silly obsessions, or who are revolted by serious governmental beastliness and end up members of the increasingly odious ‘support-any-cause-so-long-as-it’s-progressive’ organisation Amnesty International.

It’s the same with nations. In 1965 the UK abolished the death penalty. Like it or not, this sentence would probably command majority support in a referendum today, but that is by the by. Unfortunately, since then the subject of capital punishment has been hijacked by an unholy combination of self-righteous national politicians, a superciliously self-satisfied human rights coterie and an EU desperate to find a so-called European common value. The result: a cosy consensus of the European great and good that European states must not only avoid the death penalty but oppose it everywhere, root and branch, with religious fervour. They must operate as self-appointed finger-waggers to the world, telling other countries how wicked they are to have the death penalty, and using all means to prevent anyone being put to death anywhere for any reason. Symptomatic is the fact that the European Convention on Human Rights has now been interpreted, despite not saying this, as banning any rendition or expulsion of anyone to any country where they might possibly face the death penalty. The fact that this particular interference with other countries’ practices would (once suspects) not command any kind of majority in most European states and shows scant respect for the political processes of the countries concerned is irrelevant: the Euro-elite knows it’s right, and that’s it.

This is the background to the cases of Alexanda Kotey and El Shafee Elsheikh, two unpleasant alleged ISIS enforcers who had, but no longer have, UK citizenship. They are currently in the tender hands of Kurdish forces in Iraq. The US would like to try them for numerous murders (apart from ordinary killing and torture, one of their alleged specialities was beheading hostages). We are content for them to do so and the Home Secretary is happy to help with providing evidence. The difficulty is that they might face the death penalty in the US, and that Sajid Javid did not make our help conditional on a US undertaking not to carry it out.

Cue a concerted howl from progressives, saying this was outrageous and demanding that we insist on trying these gentlemen in the UK. Furious at a challenge to their previously uncontroverted view that every opportunity must and will be taken to obstruct any execution in any circumstances, they have since been delighted that a threatened judicial review has put Mr Javid’s policy on hold. This is a pity, since the arguments seem almost all one way.

To begin with, Messrs Kotey and Elsheikh are not under UK control. If anyone is pulling the strings of the militia holding them, it is the Americans. They owe no allegiance, and certainly have no loyalty, to the UK. In short they are nothing to do with us. Yet the progressives demand that we muscle in, threatening non-co-operation, in order to remove them from Uncle Sam’s ambit and try them ourselves, and this despite a widespread feeling that if we do try them we won’t get a conviction and will be left with them in Britain. This is, to say the least, a peculiar way to treat an ally who is doing us, and one suspects the world, a favour.

Secondly, the argument advanced in favour of doing this, that we must not only disapprove of the death penalty in the UK but do so absolutely and immutably and take every opportunity to frustrate it wherever it happens, is nonsense (besides being dangerous extremism). It would be perfectly possible to take the view that executions are something we don’t do here, but that we respect local customs and it would be wrong to stop other countries doing them elsewhere. Indeed, that is probably the view taken by most people in the UK. The sea-green incorruptible policy of disapproving of all executions as a matter of high moral principle, wherever they occur, is a dry, formal, official morality, and nothing more. Despite suggestions in the Guardian, there is no reason to regard it as immutable. All that Sajid Javid has done is to decline to adhere to it in a case where, pragmatically, to do so would have been to interfere in the workings of the US judicial system in a way that would have been in no one’s interests.

Thirdly, the suggestion that this episode – a decision of the Home Secretary to help gather evidence of murder against a non-citizen in a foreign country for the benefit of a friendly state where voters happen to support the death penalty – raises any vital constitutional question here is equally absurd. Political opposition to the death penalty worldwide even where legitimated by a democratic vote is simply a priggish belief shared by the great and the good, buttressed by a reference to a somewhat tendentious interpretation of the European Convention on Human Rights. The UK’s honorary position as anti-executioner-in-chief is not, despite the suggestion made with an apparently straight face by Ben Emmerson, QC and part-time UN apparatchik, a principle, fundamental or otherwise, of the British constitution. Constitutional lawyers have, or should have, more important fish to fry.

We now await the decision of the courts. Meanwhile, insofar as continued British adherence to the European Convention on Human Rights has caused this débâcle, we hope this may encourage more people to think the previously unthinkable. This is that the UK should denounce not only the Thirteenth Protocol to the Convention outlawing the death penalty in all circumstances, but the whole wretched Convention caboodle. Mrs May may have foolishly accepted in negotiations with the EU the need to keep the Convention, but if we leave without an agreement presumably that is by the by. One more reason, some might say, for leaving behind the EU and its self-righteous baggage lock, stock and barrel.