Pity poor Emily, cursed with lovely legs and no trousers 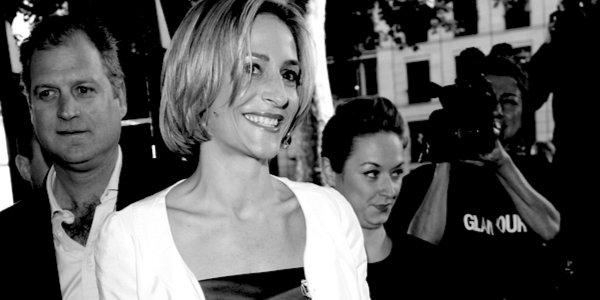 Emily Maitlis is gorgeous. And she knows it.

It’s hard when you’re beautiful and people just want to ogle at your shapely legs and your chest.

I know exactly how she feels.

The solution, for me, is to wear trousers and a shirt. Sometimes coupling it with a nice jacket.

Maybe this is not an option for Ms Maitlis. Why isn’t she allowed to wear trousers? Once again, I suspect the hidden hand of the evil patriarchy is at play.

So every day, when she ventures out on to the studio floor to read the news, she runs the risk that a cameraman will be lurking, ready to film her.

Then the footage will appear on Newsnight (aka The Sidebar of Blame) along with a caption ‘Here’s Emily Maitlis channelling her perfectly sculpted pins as she steps out on to the studio floor to Blame Brexit for some completely unrelated event that would have happened anyway.’

Then there will be a series of pictures, with Emily looking lovely in a series of poses that look almost as if they are staged.

Loitering by a prop. Staring moodily into the distance. Peering down from a platform, as if addressing her followers.

Then there will be those outside broadcasts.

Walking along a street, while turning sideways to address a camera and making those extravagant upper body movements that only TV presenters can achieve. Her hands open and close, her arms move back and forth, as if she is grappling with an imaginary judo opponent.

The thing is, even though you know it’s wrong, you can’t help but be transfixed by her loveliness.

This is what she has been complaining about recently in a newspaper article. I think I saw it in the Daily Mail. It said ‘Here’s Emily Maitlis, showing off her delicious irony as she mounts a moral high horse.’ Then again, it could have been on Newsnight, on the Sidebar of Blame.

Share
Facebook
Twitter
WhatsApp
Email
Previous articlePints, prosecco and the strange PC world of Jo Swinson
Next articlePull out of the World Cup? Putin must be quaking in his football boots