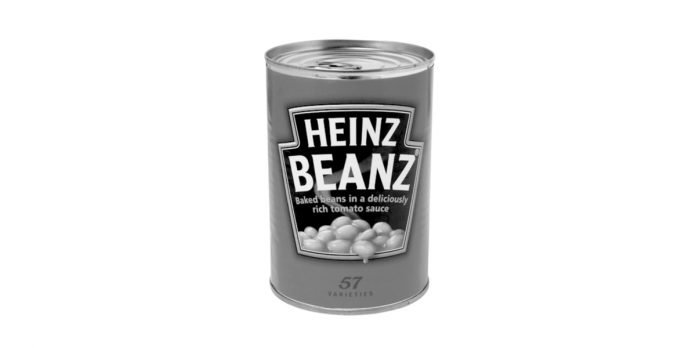 TODAY I give you an update on budget tips brought to you by the mainstream media. Hot the heels of ‘throw out your tumble dryer’ we have ‘let them eat something mouldy that you found in the back of your cupboard’.

From the media outlet that brought us ‘Lock us down harder, daddy’, now we have: ‘Start by eating up the store cupboard’.

Some chick in the Mail suggests: ‘Try a “use-it-up” month where you finish all the food you have in tins, packets and bottles in your store cupboard – and only buy perishables to go with these. It’s a great way of cutting food bills for a few weeks and will mean you finally get to try that Thai green curry mix you bought all those months ago!’ Gosh, what a fun challenge!

I can see my weekly meal planner now, dear reader. I have had a red onion in the veg section of my fridge for at least a month. I shall roast that and sprinkle it with some cinnamon (left over from Christmas) and garnish with some of the baby’s rice cakes. I’m sure the whole family will just love it.

For Tuesday, I will use up that tin of baked beans with some tinned tuna. Absolutely delicious – what’s not to like?

Other ‘money saving tips’ from the Mail are, ‘Only buy fruit and vegetables in season as these are usually cheaper.’ Haven’t the green brigade been telling us that for years? An amazing coincidence that this has come to pass – along with the reduction in meat eating.

Finally, ‘shop in the afternoon to make the most of discounted yellow-sticker items, which the supermarkets need to get shot of by the end of the day. It’s surprising how much you can save doing this’.

It sure is, folks! For those of you who have actual employment, this may prove difficult. Or if you have young kids, you just know how much they love being dragged around the supermarket in the afternoons right after you pick them up from school. There is no possibility at all of you ending up buying them chocolate or sweets that will blow the ‘savings’ you make from the yellow-sticker buys, and will also ruin their teeth.

Not to be outdone, the Sunday Times had plenty of tips, including having freezing cold showers. Well, not quite freezing, but certainly turning down the heat.

Now I have explained how much of this is the cost of lockdown crisis, so I will not go over old ground. The media and politicians would have us believe that it is Putin’s fault. So, let’s take them at their word. If this is the case, why aren’t we hearing about the efforts being made to stabilise the region and bring the war to an end? Why aren’t the media doing their usual hysterical routine and applying pressure to avoid what could become a humanitarian crisis if Ukraine’s grain cannot get out of the country, which it currently cannot?

‘The Russian navy is blockading Ukraine’s Black Sea ports and thereby strangling the country’s export economy. Because Ukraine is one of the world’s largest grain exporters, the blockade is creating the worst global food security crisis in 50 years, with the potential to plunge 50million people into starvation.’ That’s 50,000,000 people, folks!

‘Ukraine grows enough food to feed 400million people annually, and 30 per cent of the world’s supply of wheat comes from it and Russia. Ninety per cent of that produce is shipped through the Black Sea, with varying railway gauges making it difficult for Ukraine to export over land.’

At the moment this is hitting the Middle East and north Africa, but it will also cripple Europe.

Now, I have never held myself out as some sort of foreign policy expert – I leave that to others. But I do have an instinct, and my instinct, indeed my moral compass, tells me that playing Russian roulette with 50million lives is not something we should be doing.

I know an impending disaster when I see one. As Russia controls most of Europe’s gas, oil and wheat supply (as well as being a leading producer of potash used as fertiliser) it is clear that all pressure should be brought to end this war diplomatically. That doesn’t mean giving over Ukraine to Russia, but it does mean that we should be hearing a lot more about peace talks and settlement and a little less about how to get through your store cupboard.

In less than two years, the papers have gone from ‘what to wear on your lockdown zoom meeting’ to ‘start eating your spice rack’. Next, they’ll be giving you nutritious and health ways to make pigeon pie.

Finally, they’ll be giving you tips on the safest way to forage through the rubbish bin.

Enough of this rubbish. Bring this war to an end.