Please listen before it is too late

This is the letter I would write to a relative who believes what he or she reads or hears on the mainstream media about Covid and vaccination.

I AM writing to beg you to reconsider the Covid situation – could it be that the government is not on our side after all?

Consider the vast sums spent on testing, PPE, Test & Trace and much more, running to hundreds of billions of pounds. If this were being done for our health, surely such sums would be spent on ensuring the availability of cheap and nutritious food, on sports and exercise facilities, and on vitamin supplements, C and D in particular.

Consider the MHRA: is it working for us or for the benefit of the pharmaceutical companies, a well-documented phenomenon known as regulatory capture?

Presumably you are aware that the government may lock down again for the winter, closing again pubs, cafes, restaurants and community events. As social contact is essential for health and wellbeing, regardless of intention, can this seriously be a rational response to Covid? The government is likely to bring in vaccine passports, and it takes no stretch of imagination to perceive that this will morph into a Chinese-style social credit system, which, coupled with the digital-only currency, will give the government complete control over our lives, what we do, what we say, and who we spend time with, and what we may spend our money on.

As we all know, scientific understanding advances by observation, asking questions, challenging assumptions, and repeatable experiments.

(1) Which of the following hypotheses best fits the objective reality you observe around you (with your own senses not via media channels or second-hand reports)?

(2) Which of them could be a reasonable fit to human nature as understood from historical events as well as your own experiences?

H5  A pathogen was subject to lab techniques to make it more dangerous. Hyper-wealthy and powerful global organisations worked in coordination to close down local economies and thereby transfer wealth and power to themselves.

H6 Something has gone badly wrong somewhere: there are too many discrepancies and contradictions in the standard story.


The following international-level medics and scientists were highly respected until 2020: John Ioannidis, Sunetra Gupta, Denis Rancourt, Carl Heneghan, the late Kary Mullis, Sucharit Bhakdi and Mike Yeadon. Since then their reputations have been tarnished or trashed. Is this because each one of them has independently become immoral, dishonest and/or deluded, or is it because they (in various respects) challenge the standard response to Covid (testing, lockdown, masks, mass vaccination)?

That improvements in health and life expectancy are overwhelmingly thanks to engineers, for sewers and clean water, rather than due to medical treatment;

That malign agendas have been seen in the world before;

That humans are prone to ‘missing the obvious’ and an enormous lie can be overlooked where smaller ones would be questioned. This has been understood for a very long time;

That science does not operate by consensus but by questions. The idea that all the world’s scientists instantly agreed about the new pathogen – and concurred that social distancing, masks and mass vaccination were the correct response – is implausible. In fact, where ‘everyone’ agrees, might the explanation not be group-think, propaganda, conflicts of interest, coercion, superstition or mass delusion in operation rather than science?

That ‘beliefs’ are not scientific – the need to closely examine one’s own assumptions;

The potential trap of dismissing out of hand the voices of those scientists who challenge your pre-existing ideas, and accepting only those that reinforce them;

That many medical doctors have drawn up treatment protocols for Covid using well-established methods, which are being subject to suppression and vilification. Is this not strange? Just why is ivermectin condemned as irresponsible but novel gene-based vaccines pronounced a universal good and safe for all?

By what scientific process of debate did instant agreement occur?  When or where did this happen? True science is a shared endeavour to understand and explain the real world. In the past ludicrous errors or deceits have frequently been accepted as objective fact. Examples include: that lead could be converted into gold, that the earth is the centre of the universe, no need to wash hands between patients, Piltdown Man, thalidomide and many more. Regarding lockdown, masks, and mass vaccination, testing, domestic ‘vaccination passports’ (even to enter shops) and more, are we again witness to mass error or delusion? Or even an agenda of control?

Data can be biased and unrepresentative as well as altered and subject to manipulation to produce the desired result: newspaper or government figures should not be taken necessarily to reflect objective reality. Are you aware that the government and global enterprises have given huge amounts of money to media outlets to promote Covid stories, making what appears to be ‘news’ little more than advertising fluff?

The next few weeks are likely to prove to be our final opportunity to create for our children and any grandchildren a lifestyle enjoying the benefits we have enjoyed, of the freedom to go where we like, do as we please, have control over our own bodies, investigate true or false for ourselves, and to say what we think.

Our generation, well-educated, wealthy and free: we do need to look the facts of life today squarely in the face and consider our own future and above all our children’s future.

Wishing you all the best, 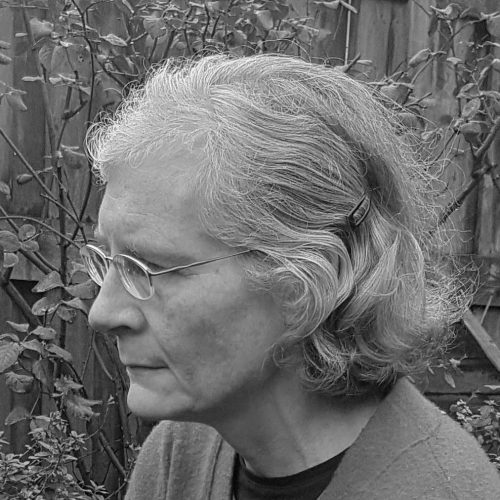