Po-faced Labour and the scuppering of the pirates 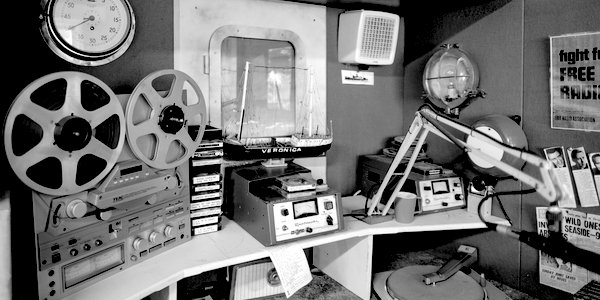 IS IT right to assume young people are more inclined to vote Labour? Is doing so somehow anti-establishment? No, Corbyn and Co are the po-faced establishment, the linear descendants of a granite-faced authority that tried to ban a generation’s music and our right to free speech. Thousands of us were horrified in the sixties when a Labour government banned rock and roll radio.

Perhaps the events are long forgotten but 55 years ago this Christmas, in 1964, the pirate station Radio London began transmissions from a green-painted ship, the MV Galaxy, anchored off the Essex coast. We were delighted with the new station’s clear signal. A powerful transmitter and a 180ft mast meant Radio London reached almost all of England. She joined Radio Caroline which had arrived in the Thames Estuary that Easter. Rocking and rolling out on the ocean, three miles offshore, the pirates claimed to break no British law. Broadcasting from converted trawlers, minesweepers and old wartime gun emplacements, often in danger and terrible weather, the pirates completely captured the wild, urgent freedom of the sixties. Advertising paid for it all.

Wilson and the establishment disliked the pirates because they could not be controlled. This was the logical development of free speech so hotly contested during the Second World War, an unlooked-for consequence of victory. No longer was free speech the preserve of bewigged lawyers and ponderous journalists. No, it was out there now, the property of a new generation of musicians, poets, hare-brained disc jockeys and seat-of-the-pants business types. A whole generation of us were determined to broadcast and listen to pop music, dismissed as unwholesome and irrelevant by our stricter elders. Audible wallpaper, the Rt Hon Tony Benn called it.

I remember as a tearful 11-year-old listening to the final few minutes of Radio 270, from the Yorkshire coast, at midnight on 14 August 1967. Radio London had closed down that afternoon. (Caroline struggled on till March 1968.) I could not understand the heavy hand of government descending with such viciousness on something my generation so clearly valued. Even the songs themselves are protest songs against oppression, dodgy politics and lost love. When I read Corbyn’s screeds and manifestos promising vast extension of state control far and wide I think: They’re at it again.

Were the Tories of the time any better? In the end we won free radio, and as a result of Conservative legislation, Capital Radio started broadcasting in 1973, in London and on dry land. Hurrah! They even brought back Kenny Everett. The first record Capital played was the wonderfully titled Bridge Over Troubled Water, though I doubt Paul Simon meant the North Sea when he wrote it. Thankfully a whole slew of radio stations, many run by ex-pirates, brought rock and roll back to Britain.

Anyone who counts themselves young should take a look at the phenomenon of state intervention. Follow through on the mindless depredations of unaccountable authority. This is what we face. Darkness is not an old friend but an enemy. I have never quite forgotten 14 August 1967. Radio Caroline at one time had an on-board parrot called Wilson. Corbyn and his gang are simply parroting the negative and stifling politics of the Cold War. Me, I’ll choose free radio, free speech and freedom every time, whatever the risks. To quote an old jingle: Have yourself a time, tune into Caroline.

Share
Facebook
Twitter
WhatsApp
Email
Previous articleJack on the A&E floor is manna from heaven for the BBC
Next articleA carol a day: Once in Royal David’s City