NewsPaperthe art of publishing
HomeNewsPoland must admit its part in the Holocaust – then it can...
123 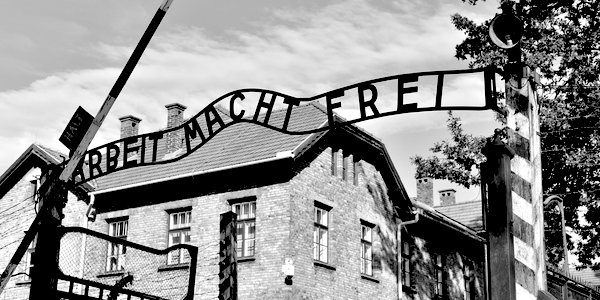 A few years ago, while studying a postgraduate diploma in journalism, I reviewed a little-known play for a little-known (now-defunct) online arts magazine.
One of the characters was a Polish Jew who fled to Britain during World War Two. I briefly alluded to Polish complicity in the Holocaust. Within 24 hours of the review being published an organisation called the Polish Media Centre began a relentless campaign, sending emails to my editor and myself and demanding that we apologise and retract the review. After we refused to capitulate to this rather startling response, the emails eventually stopped.

So Poland’s recent, and controversial, ‘Holocaust Law’ is part of what I know now to be a lengthy crusade to rewrite history. Officially called the Institute of National Remembrance (IPN) Act, this law makes it a criminal offence punishable by up to three years in prison to mention Polish responsibility for the death of Jews during the Holocaust.

Yad Vashem, Israel’s Holocaust remembrance centre, has acknowledged that reference to concentration camps as Polish is incorrect but has strongly protested against IPN, calling it a ‘serious distortion’ which is ‘liable to blur the historical truths regarding the assistance the Germans received from the Polish population during the Holocaust’.

Despite rumours, debate on this law has not been postponed. Instead Poland’s ruling Law and Justice Party insists that this legislation ‘is necessary to protect national honour’.

The IPN Act epitomises Holocaust revisionism, itself a form of denial. Evidence abounds of Polish complicity in the murder of Jews during the Holocaust. The Simon Wiesenthal Center has recently obtained a 1946 US State Department report which documents evidence that ‘Poles persecuted the Jews as vigorously as did the Germans during the occupation’. One example is that in 1941, Poles burned 340 Jews alive in Jedwabne.

But regardless of evidence the Polish government still denies complicity to the extent that it becomes ludicrous. In 2016 its education minister described Polish participation in Jedwabne as an ‘opinion’.  Historical fact described as an opinion is historical revisionism. By negating history, Poland is attempting to change the narrative of truth and cherry-pick the facts. This trend is also apparent in the way the Left insists that the West is responsible for the world’s ills, both past and present. A perfect example is the incessant demand that the UK apologises for the slave trade. In our politically correct world, attention is given to ridiculous historical revisionist campaigns such as ‘Rhodes Must Fall’ while human suffering in the current Libyan slave market is ignored.

Apologies are useless. Like the overuse of the word ‘racism’, apologising has become a watered-down sentiment. The focus should instead be on acknowledgement of past wrongs, backed by evidence, resulting in forgiveness, healing and justice.

The Holocaust is a shameful part of Europe’s history, but despite this the EU has been very quiet on the IPN Act. Nationalist sentiment in Poland is growing and can partly be attributed to a backlash against the disastrous migrant policies and open border ethos that the EU imposes on its member states.

Acknowledging Polish complicity in the Holocaust doesn’t diminish the suffering of Poles, who were subjected to invasion, starvation and terror by the Nazis and then by the Red Army.

Yad Vashem notes that Poles are the largest group recognised as Righteous Among the Nations. Given the appalling punishments they would have suffered for helping Jews, this is remarkable. These historical facts are undeniable. So why is the Polish government behaving as if it has a collective chip on its shoulder?

Remembrance and acknowledgement of the Holocaust can help ensure that this horror is never repeated. But memory is fallible. We need evidence to help us remember and learn from the past. So it’s vital that history is not falsified, which the IPN Act is attempting to do. Historical revisionism, including Holocaust denial, is anathema to most of us, because it is inauthentic and immoral and doesn’t resonate as truth. And if expression of historical truth is denied, diminished or ignored then healing and justice can’t happen.

In the winter of 2014 my father and sister lay dying in the same hospice. I remember how that walk along the corridor between their rooms made my soul wither so much that I thought I was dying too. I recall that before she passed, my sister’s skin was so grey and felt paper-thin when I stroked her arm. Every few hours tears would fall from her closed eyelids. My grief at their suffering and their deaths within three weeks of each other seared through my entire being and still does. But what I experienced is nothing in comparison to what my fellow Jews must have witnessed and felt as their own loved ones endured unimaginable suffering in the concentration camps and were murdered systematically by the Nazis. The Holocaust is a unique trauma. Primo Levi wrote on how Auschwitz stands alone in its evil – there is nothing to compare before and or since.

Grief would be compounded if it were forbidden, on pain of imprisonment, to mention the circumstances which created it. Each society and culture has its own way of dealing with grief and suffering and if this is denied or distorted, despair and fragmentation result.

Holocaust revisionism is painful to us Jews precisely because it opens old wounds and negates the truth needed for justice and healing. The IPN act is a form of historical whitewashing and through its distortion of truth the lessons of history are at risk of being discarded and then repeated. As the controversy over IPN rages, anti-Semitism, always part of Holocaust revisionism, is increasing in Poland.

I don’t ask Poland to apologise for past complicity but only to acknowledge the truth and thereby preserve historical accuracy, something that the IPN Act will make impossible. This misguided attempt by the Polish government to rewrite history dishonours the memory of those who perished in the Shoah. And with the dreadful growth of anti-Semitism in Europe today, we need every truthful reminder to ensure that the words ‘Never Again’ still hold meaning.