NewsPaperthe art of publishing
HomeNewsPoldark and the Cornwall clots
25

Poldark and the Cornwall clots 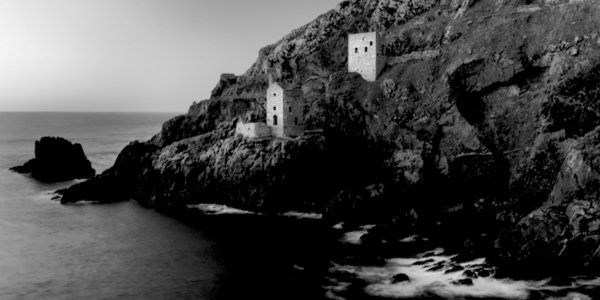 It is June 1785 at Glampara, Cornish home of Captain Boross Poldark and his low-born wife Carrielza. As Carrielza hangs her new drapes and tapestries and a bare-chested Boross scythes the grass, a courier arrives on horseback with a message.

–  ‘It’s from the Admiralty. The Americans have landed at Carbis Bay. We must make haste there!’

‘But oi be waitin’ for me cream to clot.’

–  ‘No time. Get our manservant Gove to stare at it. That fizzog of his will make anything curdle.’

‘Shall we take some organic vegan pasties for the journey?’

– ‘No. We must ride lightly, without saddlebags.’

‘You could pack my pasties in your codpiece, Boross. There’s room a-plenty there.’

–  ‘I’m Boe Jiden, President of the United Colonies of America and this is my wife Bill, er Jill. What’s that you say, Bill? We’re the United States, now, not Colonies? Oh, yeah – States is what I meant. What is this place, Captain Dolpark?’

‘This is Cornwall, England.’

–  ‘England? To arms! Call out the militia! The British are coming! Cornwallis is attacking!’

‘No, calm down, Mr President! I said Cornwall, not Cornwallis. We’re no longer at war with you. Our army’s commander, General Charles Cornwallis, signed the British surrender at Yorktown in 1781 and we agreed a peace treaty in 1783.’

‘Yes, we’re holding a Congress of Nations here in Cornwall. Seven of the world’s great powers will be represented.’

–  ‘Gee, seven. That’s a lot of nations. Well, I think I’ll just take a stroll along this lovely sandy strand. Say, Bill, did you bring my bucket and spade?’

–  ‘You mean he be interestingly and engagingly different?’

‘No, he puts the wind up me. Bloody hell, it’s going to be a long day. Let’s go and have some scrumpy. Gadzooks! Stop mauling me!’

– ‘Sorry, Boross, I thought ee said let’s ’ave some rumpy-pumpy, not scrumpy. Come back’ ere! Where ee be goin’ now?’

‘Down my tin mine. To talk to the walls. I’ll get more sense out of them.’