NewsPaperthe art of publishing
HomeCOVID-19Politeness be damned! Let’s start elbowing our way back to sanity
89

Politeness be damned! Let’s start elbowing our way back to sanity 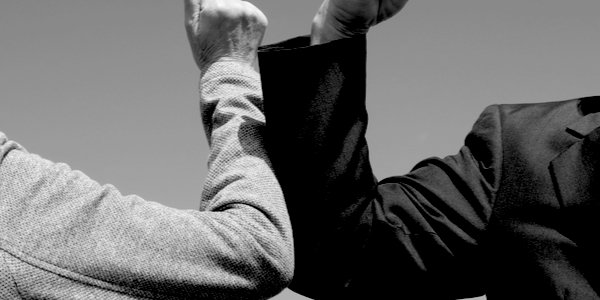 ROOTED within chivalric codes of honour, and later re-codified and democratised in the Victorian concept of the gentleman, politeness has long been in the English DNA.

Clichéd though they are, the usual examples still resonate. Our predilection for queuing provokes bemused fascination the world over; so reflexive is our politeness that, according to a study, 80 per cent of us will apologise to others if they bump into us.

Broadening matters, politeness is perhaps the defining feature of Western social culture – the ‘civil’ in civilisation. Respecting the other person, being agreeable and exhibiting a strong sense of justice and fair play – in a different universe, what was benignly called playing the white man – is inter alia what sets us apart.

In a British context, politeness was always most convincingly – and successfully – purveyed from a position of strength and solidarity. The knight of Arthurian legend was chivalrous to a fault; but he was also armed to the teeth upon his steed, a deadly foe.

In the Victorian iteration, largely transcending class bias, the time-honoured attitude was, I will show you civility because you and I are English subjects worthy of it; after all, we both agree it’s ‘England and the rest of the world’. And from a Christian perspective, I will do likewise because, as well as being English, I am a follower of the one true faith, which commands the same.

Something has gone wrong with famed British politeness. A quality which was both a consequence and source of self-respect is now compromised, even contaminated, as the nation’s demographic cohesion and, more recently, its democratic traditions, have started to collapse.

With the country – and a roll-call of its leading institutions – busily being hollowed out, first by cultural Marxism and now by incipient medico-fascism, politeness on its own increasingly resembles an effete, sentimental vestige of a once-great culture.

Cut off from its wellspring of national strength and coherence, and neutered by the decades-long feminisation and emasculation of British society, civility is patently – painfully – impotent against the malign forces now encircling us.

BLM, Antifa, Critical Race Theory fanatics and Islamists lose little sleep over British or Western politeness. On the contrary, divested of its original power, they prey on it. If politeness, decoupled from cultural and institutional hegemony, is all we can rely on, we will continue not merely to lose, but to be bullied into submission.

And yet, since our politeness is ingrained, we carry on regardless, tragically true to ourselves, or to our shadows, rather than to reality; thus, our relentless ceding of cultural territory, not through overwhelming size of opposition but by good people being civil to uncivil ideologues.

Less honourable offshoots, guilt, self-preservation and appeasement, enter into the equation too, of course – politeness can be the subtlest, most convenient means of avoiding moral responsibility. Relatedly, cleaving to politeness alone, unfortified by cultural self-confidence, can engender a paralysing inertia, an inability to act when action is urgently required.

Despite all the evidence to the contrary, many of us genuinely believe politeness can work from a position of weakness. If we show civility to this particular community, for example, it will reciprocate by gradually assimilating into British society, or at least by behaving peaceably.

Or a staple of the current ‘Conservative’ Government, with equally disastrous policy consequences: If we are polite to Guardian and Independent journalists, they won’t write beastly things about us.

Covid compliance – towards lockdowns, mask-wearing and vaccines – has for sure been achieved through state-induced fear, and the virtue-signalling of the middle-class. More so, however, by the misplaced, stubbornly durable politeness of ordinary people, the chief source of the apparent spell that has been cast upon the British population.

Manifesting in vestigial goodwill towards the State, this particular variant of politeness rests on the now-quaint notion that no British government, or institution such as the BBC, would deliberately mislead its fellow citizens on such a grand scale.

To some hardened Covid sceptics, such an attitude may be risible, but long into the spring of 2020 many of today’s enlightened, wonderful anti-lockdown protesters felt this way.

How long before the real or imagined credit of our ruling elites, built up over generations, finally expires or sufficiently diminishes for all of us, or for enough of us to tip the balance? Before the sheep finally realise the shepherd has led them astray?

When bad actors at home and abroad wish to turn us into multicultural nonentities, or New World Order serfs, we can no longer expect courtesy alone to rescue us. It is tempting to suggest a tactical suspension – a lockdown, if you will – of British politeness in the culture wars, say for five years, at least until its most egregious unintended consequences are ameliorated.

But perhaps this habitual characteristic of ours, twisted and redundant as it has become, will instead need to be recalibrated, rendered subservient to those sterner qualities which once informed it, and which may yet ensure our survival.

One reason why more British passengers perished in the Titanic disaster was that we were the ones who queued politely for the lifeboats.

Before the nation itself founders, let’s abandon such poignant courtesy. Instead, let’s continue to reclaim our country – with good humour, certainly, but also with courage, bloodymindedness and, if needs be, a dash of unBritish cunning.

Only when this monumental task is complete, and we can once more practise it from a position of ascendancy, should we return to our politeness fixation.