NewsPaperthe art of publishing
HomeStatesidePoliticised and corrosive: The dark side of an abortion enabler
0

Politicised and corrosive: The dark side of an abortion enabler 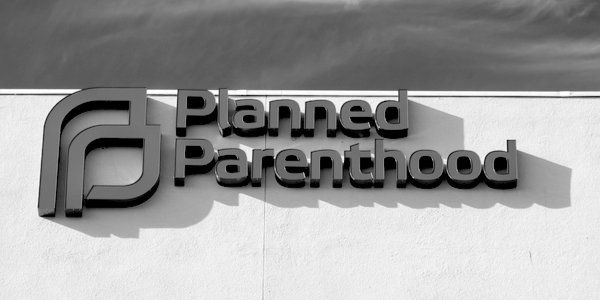 PLANNED Parenthood Federation of America (PPFA) is a non-profit organisation known for almost a century mainly for providing abortions.

In 1952, it set up the International Planned Parenthood Federation (IPPF), which now has 120 members in 146 countries. PPFA also has various affiliates, including 17million American supporters and activists.  But it is far more than an abortion provider and is certainly not the caring healthcare organisation it tries to portray itself as.

Its global outreach means that PPFA is highly influential, not only in the abortion industry but also in its fanatical promotion of woke orthodoxy. It exists mainly now as a political advocate for the Democratic Party, and a mouthpiece for Black Lives Matter.

Viewing healthcare only through the prism of critical race theory, it has its own political activist wing, the Planned Parenthood Action Fund. Like most progressive organisations, it has a bad case of Trump Derangement Syndrome.

Cecile Richards, president of PPFA from 2006 to 2018, backed Hillary Clinton for US President. Richards’s daughter was appointed Clinton’s campaign press secretary in Iowa, deemed an important state by the Democrats at that time.

After Cecile left, her successor Leana Wen lasted less than a year when she was pushed out by the board for protesting against the political direction of the organisation.

When Alexis McGill Johnson was appointed president in 2019, PPFA accelerated the promotion of progressive policies. She endorsed Joe Biden for president and is a fangirl of the anti-Semitic, Marxist BLM.

But, as much as PPFA boasts about its woke credentials, it cannot escape its racist roots. Its founder, Margaret Sanger, was a racist, eugenicist and a fan of the Ku Klux Klan.

She targeted disabled, Italian, black and Jewish babies for abortion, and promoted the sterilisation of anyone with mental and physical disabilities. Her book, My Way to Peace, published in 1932 at the height of the popularity of the Eugenics Movement, promoted the idea of putting the poor into concentration farms. Only those who would agree to sterilisation would be allowed to leave.

Up to 70,000 people were forcibly sterilised under laws promoted in part by Sanger, with women prisoners and those on welfare specifically targeted. One of Sanger’s pet schemes was the ‘Negro Project’, targeting black women for sterilisation.

Notonly did Sanger invite eugenicists to join the board of her clinic and contribute to her magazine,she alsopraised Germany’s sterilisation programme in 1934, calling the Nazi regime ‘courageous’.

PPFA spent years barking at anyone who criticised Sanger, and even gave out the ‘Margaret Sanger Award’ to people such as the current Speaker of the House of Representatives Nancy Pelosi and Hillary Clinton, calling this its ‘highest honour’; breathtaking in audacity and hypocrisy.

Both Clinton and Pelosi have spent years shrieking about Donald Trump’s ‘racism’, yet they had no problem accepting an award in the name of a racist eugenicist.

Finally, under pressure from BLM, PPFA admitted that its founding ethos was built on racism and eugenics. In July 2020, in a nod to cancel culture, Planned Parenthood of Greater New York removed the name of Sanger from its clinic in Manhattan. A thoroughly empty gesture, given that it still attempts to defend the indefensible.

Unlike the purported racism of Winston Churchill and Cecil Rhodes, Sanger’s racism has the luxury of being excused by progressive supporters of PPFA, who insist that we must view this in the historical context and the purpose of her ‘mission’.

This has not been the only scandal surrounding PPFA.   Proving that progressive organisations are always malignant, the organisation has been caught profiteering from selling aborted babies.

In 2015, the Center for Medical Progress (CMP) released undercover videos of PPFA officials discussing the harvesting of foetal body parts to sell to biotechnology companies, potentially breaking the law by doing so.

Journalist David Daleiden posed as a potential foetal tissue buyer, filming one PPFA executive saying that ‘a lot of people want liver’, and another haggling with him to ‘bump up’ the money so she could buy a Lamborghini.

Regardless of one’s perspective on abortion, this ruthless profiteering from illegally selling unborn babies is nauseating in the extreme, immoral and wrong. Even Clinton, no stranger to corruption herself, professed to finding the videos ‘disturbing’.

But as it did with Sanger, PPFA went on the offensive. Helped by its buddies in the Democratic Party and the progressive judiciary, and championed by the mainstream media, it hounded Daleiden to the point of persecution, using similar tactics which dictators use against journalists who expose their wrongdoings.

Kamala Harris, the then attorney-general of California, ordered a raid on Daleiden’sapartment. PPFA filed multiple lawsuits against CMP and Daleiden. In 2019, a San Francisco court found them guilty of breaking multiple laws and the jury subsequently awarded PPFA damages worth more than $2million.

In 2020, the same presiding judge, William Orrick III, ordered Daleiden to pay $12million for PPFA’s legal fees.  The Department of Justice investigated Daleiden’s videos, but the findings came to nothing.

Given whom PPFA is funded by, and partners with, it’s unsurprising to see it act as a bully. The Bill & Melinda Gates Foundation has been financing Planned Parenthood since 1998, and so far has given it around $87million.

In 2006, PPFA joined the UN’s Population Fund, and the Gates Foundation-funded Gavi Alliance and the World Health Organisation to promote suspect HPV (human papillomavirus) vaccines in the developing world.  It is aligned with the UN’s 2030 Agenda, meddling further in the developing world in the name of ‘global health’ and ‘climate change’.

PPFA is fully on board with the anti-science, misogynist transgender movement, which pushes women out of their safe spaces.

This bizarre approach for a charity which purports to be about championing women’s rights can be partly explained by the millions given to it by George Soros’s Open Society Foundations. Soros’s organisation is a practical vehicle for his goal to destroy the Judeo-Christian nation-state and replace it with a socialist ‘utopia’, financing those who align with this.

PPFA is also connected to the venal Clinton Foundation, partnering with it in 2014 on ‘global health’; a phrase synonymous with robbing the developing world of its much-needed health resources. It has also received 1.48million euros from the European Commission. That’s a lot of money that can be used to persecute journalists who displease the executives of PPFA.

There are multiple progressive organisations masquerading as do-gooders, yet are anything but. Planned Parenthood Federation of America is as corrosive and cruel as the rest of them.