Poor old Ivor must be turning in his grave 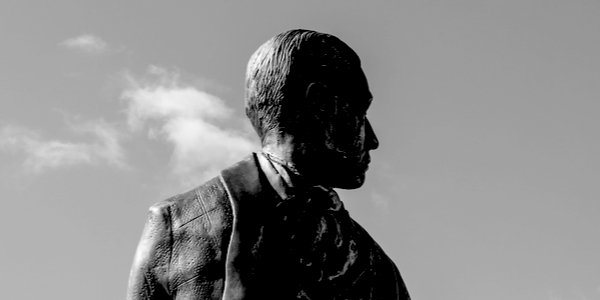 Last week, as the annual Ivor Novello music awards were announced, I thought they must have been decided by a committee chosen from Labour’s Momentum movement. The ever-biased BBC, though admitting that the winners were ‘political’, was not exactly lamenting the fact.

Nor did it specify how many of the winning artistes were not merely political (after all most of us are to a degree) but far Left – hardly the usual attribute for establishing ‘the pinnacle of musical achievement’ which is the purpose of these awards.

So Best Contemporary Song was won by someone called Dave, a rapper with a ‘song’ entitled Question Time, a hate-filled attack on Theresa May. You can view his misguided and hostile ‘lyrics’ here.

No guesses as to who won an award for Outstanding Contribution to British Music: it was that BBC favourite singer-songwriter and arch Left-wing political activist Billy Bragg whose music, his Wikipedia entry informs us, is ‘heavily centred on bringing about change and involving the younger generation in activist causes’.

Was this the legacy Welsh singer and song writer Ivor Novello, whose best-known songs include Keep the Home Fires Burning and who wrote the musicals The Dancing Years and Perchance to Dream, had in mind? It is hard to imagine that it is. There is no hint in his Wikipedia entry that he held remotely Left political beliefs; he must be turning in his grave.

Given that, and the masses of musicians at work today, including stunning ones, some of whom were nominated for the awards, how is it that the Ivor Novello judges make such extremely political choices?

As Dinesh D’Souza, the Indian-American conservative commentator, noted in his book The Big Lie, the Left now hold all the megaphones of society, be it the news media, academia, or entertainment. These awards are but another blatant example of their using that power to promote their own political views to impressionable minds.