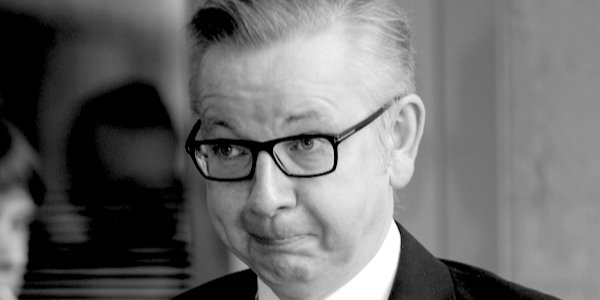 THE ConservativeHome monthly poll for December was published just before year end, and the panel cast a jaundiced eye over the Johnson Cabinet. They handed in a report card in which the spirit of seasonal goodwill was remarkable by its absence.

Our summaries have previously looked at the rankings rather than at the scores on which the rankings were based but this time it’s worth looking at those underlying scores as well. The total number of points awarded in December is down by 22 per cent compared with November, and this figure excludes Lord Frost’s contribution since he had left the Government by December.

In practical terms, this means that although Liz Truss continues to lead the pack, she has lost 10 per cent of her marks and similarly Stephen Barclay at the Cabinet Office has moved up from 7th to 5th place while his score is down 12 per cent against November. Rishi Sunak has moved up from 9th to 6th but scored 8 per cent less well, so this is not so much an indication of enthusiasm as a result of popular Lord Frost’s departure coupled with the worse performance of other colleagues who have created a gap.

The genuine winners this month comprise that happy and select band of brothers who not only rose in the rankings but who also managed to score a higher number of points than last time round – plus Liz Truss who is a winner having added the Brexit job to the foreign affairs job, the overseas aid job, and the women and equalities job. What can she find to fill her days?

Wallace, Rees-Mogg, Kwarteng and Shapps all fulfil our twin criteria which see Wallace back near the top and Rees-Mogg having recovered somewhat from (and apologised for) his role in the Owen Paterson debacle. But what these four and Truss have in common is that, with an eye to the economy, they apparently opposed further Covid restrictions in the run-up to Christmas, and this seems to have gone down well with the panel. The opposite effect holds for some of our losers, of whom more shortly.

The man to watch in this winners’ group is Kwasi Kwarteng. He shares with Rishi Sunak the ability to talk a good Conservative talk while pursuing policies within his department that are entirely at odds with Conservatism: the Tory grass roots seem to be slow on the uptake at registering this kind of dissonance. When the penny drops that price caps, cross-subsidies and government interference make markets dysfunctional and are incompatible with light regulation and economic growth, expect Kwarteng to plummet in future polls.

Let’s take a look at this month’s losers. Nadine Dorries has had a spectacular tumble. There had been hopes that she would be something of a disrupter as Culture Secretary and bash the BBC but she seems to have disrupted her back-bench colleagues instead by sticking up for the Prime Minister in the wake of Lord Frost’s resignation.

Dominic Raab lost his way in Crete in the summer and without Ariadne’s thread to get him out of the labyrinth he has rather lacked direction. He was sent in to bat for Johnson on the ghost of Christmas parties and to advance the line of ‘not ruling out’ restrictions which possibly fall to his role of Deputy Prime Minister, but the title is honorific and confers no advantage to the incumbent. Perhaps he should focus his energies on the sclerotic justice system where serious crimes will now take years to come to trial.

Particularly heartening is the continuing decline in the rankings of Sajid Javid, as we foretold. This is not only because he was last month’s man to watch but because it is clear that he is completely and utterly owned by government advisers at a time when the credibility of these advisers is beginning to be questioned more widely and for the first time in two years.

The Sage tail is manifestly wagging the ministerial dog and so had he remained Chancellor of the Exchequer he would doubtless have buckled to the money-printing madness just as Rishi Sunak has.

Finally, in the authoritarian ranks we find Michael Gove, and those of us who have longed to see him where he belongs in these charts and out of the government altogether will be pleased at this development. There is something deeply unattractive about political back-stabbers and whispering ministers who wield influence in the background and manipulate events remotely. Perhaps payback time approaches?

The Prime Minister finds himself in the bottom slot at number 30 with a score that has nearly doubled into the red from -17.2 to -33.8 which takes him into the realms of Theresa May unpopularity. However, Johnson is our man to watch for January because while his standing couldn’t currently be much worse with his grass roots, there are encouraging signs that he is resisting pressure to reintroduce Covid restrictions while all those about him are losing their heads again. This may be due to a realisation that his Cabinet would rebel if he did otherwise or it may be due to his personal convictions (such as they are) but if the former is true he should make a showy virtue out of necessity and take the political credit as well as the responsibility.

His current position contrasts favourably with that of Mark Drakeford in Wales and Nicola Sturgeon in Scotland and by the time you read this we will know just how many people chose to see in the New Year in England rather than in their miserably restricted and staunchly non-English fiefdoms.

There are other things that Boris Johnson could do next. A simple win would be to recognise that he is bored with the nitty-gritty of Brexit and make an appointment to the Cabinet Office of someone who could work through the vast catalogue of EU law which could usefully be unravelled: taking back control works only if the government moves to take back control. This is a medium-to-long-term project and nobody is doing it.

Johnson needs to realise that he can no longer appeal to the electorate to ‘donnez-moi un break’ and that he needs to ‘prendre un grip’ pretty smartish. The kind of resistance he has started facing around the Cabinet table on Covid restrictions will resurface around his unaffordable and unrealistic Net Zero policies should he continue to push them to please the household gods enthroned in the upstairs flat. Political necrosis is an adverse event that can be terminal if not treated and which, very luckily for Johnson, does not rely on his appalling NHS for a remedy.