NewsPaperthe art of publishing
HomeNewsPopulation poppycock from McKinstry the Malthusian
84

Population poppycock from McKinstry the Malthusian 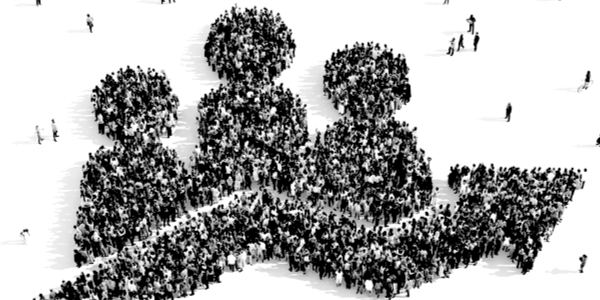 THE respected columnist Leo McKinstry appears to have joined the ranks of the Malthusians – who argued that the human population, if unchecked, would grow faster than its food supply.

In an opinion piece in the Daily Express, he says curbing the ‘population explosion’ should be top of the COP26 climate conference agenda in Glasgow, because it is ‘perhaps the biggest cause of environmental degradation’.

McKinstry says Earth’s population is currently 7.9billion and expected to rise by at least one billion every 12 years. This growth, he says, ‘will put intolerable strain on our natural resources and ruin eco-systems, from rivers to rainforests’.

He couldn’t have put it more dramatically, saying it is estimated that 80 per cent of extinction threats are due to ever more industrialised agriculture, and that – according to conservationist Jane Goodall – population growth ‘underlies just about every single one of the problems we’ve inflicted on the planet’.

The fact that Sir David Attenborough, a ‘globally revered naturalist whose very name is synonymous with environmental concern’, is ‘a passionate advocate of action to limit population growth’, McKinstry argues, makes the omission of the population issue from COP26 all the stranger.

This is the same Sir David Attenborough who has said that humanity is a ‘plague’ on the planet, while visiting every continent expounding the threats of pollution and climate change, and (for the umpteenth time) warning that it is our last chance to save the Earth.

However, the irony of Prince Charles, ‘an eco-campaigner long before the green cause was popular’, telling international leaders it is their overwhelming responsibility to generations yet unborn to take action on the environment, was lost on McKinstry.

The 59-year-old columnist complains about ‘the environmental impact’ on Britain from rising numbers, saying our population has increased from 50million in 1950 to 68million – and will pass 70million before the end of the decade.

This will lead, he says, to ‘congested roads, lethal pollution, sprawling housing, loss of wildlife, and a creaking infrastructure that even allows raw sewage to be dumped in our coastal waters’.

All this is blamed on mass immigration and an accelerating birth rate. However, allowing public transport to decline, sewers and drains to fall into disrepair, and forests and flood defences not to be maintained, are the product of political decisions.

Successive governments have allowed migration to fill labour shortages because, as is well known – but strangely unknown to McKinstry – our birth rate has been in steep decline for some time.

Even on his own terms, he contradicts himself, calling it illogical to argue that population growth is an irrelevance ‘because environmental problems are caused by over-consumption, especially in the affluent West’.

McKinstry says ‘since the expansion of humanity pushes up consumption throughout the world, feeding conflict, famine, poverty, and global migration … overpopulation is an engine of social injustice, and eco-destruction’ and should be at the heart of COP26.

He deplores the fact that poor people continue to have children, making them even poorer, and says that among the steps that can be taken to halt population growth are better access to birth control, improved education, more empowerment of women and greater prosperity.

He also claims that too many poor people cause conflict, famine and global migration. But that is all the more reason for the West to share its prosperity with the poor, rather than forcibly preventing the developing world from developing while blaming it for the world’s problems.

In fact, global birth rates are also in decline. The population growth we now see is caused by people ‘living too long’ – a ‘problem’ of greater prosperity.

For those who argue that there are too many people, it would make more sense to kill those already born than to kill the unborn, unless the modern Malthusians wish the human race to die out altogether.

Perhaps they do – apart from their good selves, of course – and perhaps this explains lamentations about the ‘problem’ of the ageing population alongside a clamour for the ‘right to die’ and quiet moves to make it easier for old, the sick and the disabled to refuse treatment.

McKinstry is not alone in his view that babies are ruining the planet.  Express reader Susan Harrop agrees ‘there are too many people in the world putting too much strain on the planet’, adding: ‘If only people would think before having so many children’.

But before condemning people for having so many children, perhaps she should think ahead to where her generation’s pensions are coming from. Pensions are paid not by the recipients, but by younger generations. And for those who virtuously refrain from reproducing out of concern for the planet, it is likely to be somebody else’s children paying.

In the late 19th century, the Neo-Malthusians’ primary concern was to control the population. Though discredited in the late 20th century after the brutal forced population control policies of  China and India, this dangerous idea has come into being again in a new guise of ‘caring for the planet’.

Whether or not the delegates in Glasgow talk openly about ‘overpopulation’, if COP26 has its way, the rest of us will be poorer, colder and sicker – and without children to console us in our old age. And that’s the kind of Christmas present we can all do without.