NewsPaperthe art of publishing
HomeStatesidePostal voting – a recipe for fraud
195

Postal voting – a recipe for fraud 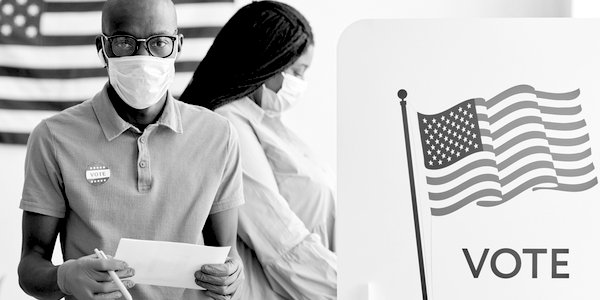 WITH legal challenges continuing, the outcome of the US presidential election is not as certain as the mainstream media would like us to believe. Whatever its conclusion, the election has highlighted the threat to fair elections posed by mail-in or absentee ballots (postal voting to the British). This shouldn’t come as a surprise to anyone. In 2005, former President Jimmy Carter led a bi-partisan commission which reported that ‘absentee ballots remain the largest source of potential voter fraud’.

The fundamental problem with postal balloting is that it undermines the secrecy of voting. There can be no guarantee that voters have not been bribed or intimidated into supporting a particular candidate. Britain’s Secret Ballot Act of 1872 was passed to protect employees and tenants from the influence of their employers and landlords and to ensure retailers did not need to worry about the opinion of their customers when casting their vote. Those who dismiss these concerns by arguing that cases of fraud are rare are being obtuse as this type of fraud is extremely difficult not only to prove but even to detect. Elections should – like Caesar’s wife – not only be pure but above all suspicion and suspicion will always be present with postal voting.

Certain US states have added to the murkiness of mail-in voting by one or more dubious practices. There is the suitably Orwellian-sounding activity of ‘vote curing’. Several states allow voters to amend incorrectly submitted postal votes, such as a missing signature, then re-submit them. Democrats have been literally going door-to-door in closely-contested Georgia, asking ‘absentee’ voters, in person, to ‘fix’ their ballots. Democrats also sued in Arizona for a list of names of voters whose ballots needed ‘curing’, probably so they could focus on likely Democratic voters. They lost, but the ability to intimidate or hoodwink voters such activity creates doesn’t need spelling out.

Vote curing is not allowed in the UK. If details on a postal vote envelope (which contains the ballot paper) are incorrect, it is rejected without opening it. The checking is usually done electronically, using the same technology that banks employ for verifying cheque signatures, with a manual check on any rejected votes. A letter is sent to the voter explaining why the vote was rejected.

UK postal voting slips should be sealed within an envelope inside the return envelope, so they can be verified as legitimate without knowledge of the voting intention. In Pennsylvania, following a Republican lawsuit, a court has ruled that ‘naked ballots’, i.e. not sealed within the postal return envelope, may not be counted. But other states accept them.

Then there is ballot harvesting, the collection of postal votes by political campaigners with the intention of taking them to polling stations. Campaigners handling ballot papers creates the possibility of altering or destroying them. The UK Electoral Commission’s guidance is that ‘anyone acting on behalf of a party or campaign should not solicit the collection of any ballot paper’. The practice was legalised by Democrats in California in 2016 and Republicans believe it helped Democrats win all the Congressional seats in Orange County, a Republican stronghold, in 2018. It is the ability of campaigners legally to handle voting papers that lies at the heart of some allegations of ballot fraud in this election.

Votes in the UK have to be deposited with election authorities by a set deadline, after which counting begins; if your vote is not in by 10pm on polling day it isn’t counted. Yet 14 US states, including Pennsylvania, have allowed ballots received after polling day to be counted. Sometimes postal votes need to be postmarked on election day, though this may not be a safeguard as it is alleged that mail-in ballots in Pennsylvania were postmarked after the event.

Fun and games with postal votes don’t necessarily end once they are in a ballot box. Swing states have been reported to be counting mail-in ballots after polling station ballots. There’s no reason why this should be the case; in UK elections, postal votes are counted at the same time as those received at polling stations. The delay in counting mail-in ballots leads to suspicions that this may allow extra ballots to be ‘found’ to counter any lead a candidate might have in the polling station votes.

The issues on postal voting in the US have come to a head with Covid, which has led to a massive increase in postal votes, more than doubling from the 33million cast in 2016. Nine states have sent mail-in ballots to all voters. One would expect more partially or incorrectly completed ballot forms as a result of more first-time postal voters. The rejection rate for first-time postal voters is usually around 3 per cent, so a reported postal vote rejection rate of 0.03 per cent in Pennsylvania is therefore extremely low. A 1 per cent rejection rate would mean about 25,000 might be expected to be rejected rather than just 961, although that discrepancy wouldn’t be enough to overturn the roughly 55,000 vote lead Biden currently holds in the state.

The UK can’t be too complacent about postal vote fraud. It exploded after the Blair government allowed postal votes on demand in 2000, reaching its nadir with the conviction of six Birmingham Labour councillors for postal vote fraud in 2004 council elections. Their practices, described by the judge as shaming to a banana republic, included forging postal votes, intimidating and bribing voters and sending children to steal ballot papers from letter boxes.

Following the Birmingham judgement, the Electoral Administration Act of 2006 introduced a requirement for applicants for a postal ballot to supply ‘personal identifiers’ (their date of birth and signature), as a basis for the subsequent verification of their postal voting statement submitted at the time of voting. The number of convictions for postal voting since then has been a trickle but as voter intimidation and bribery take place far from a polling station or a ballot counting centre that’s no surprise.

The Electoral Commission doesn’t want to restrict postal voting because removing the convenience of voting by post ‘would not be proportionate to the potential integrity benefits’. The Commission offers no answers to how voter bribery and intimidation might be addressed. This is an area where suspicions of fraud are numerous but proof is meagre. Investigations into alleged postal vote irregularities in the 2019 Peterborough produced no prosecutions.

And yet those dealing with this issue in the front line continue to raise concerns. After the 2019 general election, Steve Baker MP recounted his experience of postal vote fraud. Richard Mawrey, QC and deputy High Court judge who sat in the 2004 Birmingham fraud case, has called for the end to postal voting on demand. ‘Postal voting on demand, however many safeguards you build into it, is wide open to fraud,’ Mr Mawrey has stated. ‘And it’s open to fraud on a scale that will make election rigging a possibility and indeed in some areas a probability.’ He wrote in October how mail-in voting could rig the US election.

While the government is moving to introduce a voter ID requirement at polling stations, it remains silent on the risks around postal voting, though Conservative activists express their concern when the opportunity arises. Events in the US may show a rethink is needed.