NewsPaperthe art of publishing
HomeCOVID-19Prepare for the worst: Coronavirus could kill hundreds of thousands here
0

Prepare for the worst: Coronavirus could kill hundreds of thousands here 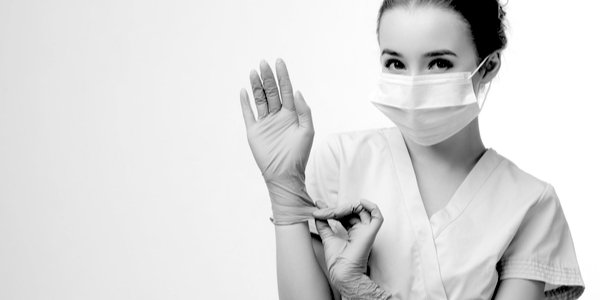 THINGS are moving fast in the coronavirus (Covid-19) outbreak. On February 22, I said there were five cases in Iran, two of whom had died. Now (February 25, 16:50 GMT) the Johns Hopkins tracker records 95 cases and 16 deaths.

In Italy, seven have died (none, a few days ago) out of 283 cases so far, and the government has imposed travel restrictions on a dozen northern cities.

Why should the UK (13 cases, no deaths to date) escape the scourge? Or rather, how?

We are only two months into the crisis and, aside from frantic research to find a vaccine (that may take a very long time), teams are trying to estimate the likely spread of the disease.

The standard model uses an analysis known as SEIR – what proportion of the population is Susceptible to catching it, how many of those will be Exposed to it, how many Infected, how many will Recover.

There are only two of those categories that are amenable to intervention: Giving prompt, good medical treatment (but as we have seen, even high-quality hospitals cannot always save the elderly and infirm) and better still, preventing contagion.

As to the latter, a Hungarian study published on February 19 looks at how the  international spread of Covid-19 could be limited, and concludes that countries with less frequent connections to China should focus on entry screening or travel restrictions, whereas those (like the UK) that have a high level of such connections should focus on further measures to control infection after arrival.

The bad news from that paper (see Figure 4, right-hand graph) is that for us, even if numbers of visitors from China are halved and the rate of exposure to others once they are here is cut significantly, the probability of a major outbreak in the UK rises above 50 per cent as total cases in China (outside Hubei province) exceed 600,000. The authors’ graph implies that we are more at risk even than Germany, France and Italy.

In a world that is economically interconnected, the authorities are conflicted, trying to balance safety precautions with the need to keep the trading show on the road. We saw the World Health Organisation first argue against travel restrictions and then warn us that the virus was ‘a serious and imminent threat’. Now it is telling us that the epidemic has peaked in China, despite the culture of secrecy there that means we might not know the whole truth.

In the UK, the Government attempts a similar compromise. Its advice to transport workers assures them that they ‘are not considered to be at a heightened risk of contracting coronavirus as a result of their work’ and that ‘staff are not recommended to wear respiratory masks. They do not provide protection from respiratory viruses.’

Passengers arriving via direct flights from specified areas will be given ‘health announcements … and … a general declaration 60 minutes before landing on any passenger health issues or suspected cases’, and so on. The latest advice for arrivals from northern Italy is that they should self-isolate .

The British approach may seem too soft-handed, but the alternative strategy of grasping the nettle tightly could be doomed. Although Wuhan, the epicentre of the outbreak, was officially locked down on January 23, this Twitter user says cellphone data shows that nearly 140,000 people escaped the city in the first two weeks of February alone. MedPage Today says that it is possible for the illness to be transmitted by carriers who show no symptoms. It describes a case of a young Chinese woman who inadvertently infected five members of her family.

A report from Imperial College, London says that two-thirds of Covid-19 cases that have left China may have gone undetected. In Europe, others may also choose to break quarantines, such as that set on northern Italian towns.

For example, just across the border in Hohenturn, Austria, a brothel services hundreds of visiting Italians every weekend) and, it seems, Austrian law does not permit the State to impose Italian-type cordons sanitaires. New Scientist magazine says that battle may already be lost.

How bad could it get? On February 12, Professor Neil Ferguson told Radio 4’s Today programme that if the disease got out of control in the UK, potentially 60 per cent of the population could be infected and if the fatality rate is one per cent, the toll could run into hundreds of thousands.

As with flu generally, old people with underlying health problems are most at risk, but that does not mean the rest of us can be sanguine. Imagine a country where 60 per cent of teachers, medical and emergency staff, port workers, passenger transport staff, delivery drivers etc, are off sick, even if only on a rolling basis on infection (and possibly even re-infection) over months.

The disruption to the economy could be far greater – and far closer to home – than temporary swoons on the stock markets. The modern system of just-in-time resupply could become too-late, please-wait.

Hope for the best, but prepare for the worst. Prudent citizens may have to do more than just wash their hands.

Share
Facebook
Twitter
WhatsApp
Email
Previous articleThe Midweek Hymn: To God be the Glory
Next articleWhy ditherer Charles must stand aside and let William be king