NewsPaperthe art of publishing
HomeNewsPrepare to meet thy Zoom
68

Prepare to meet thy Zoom 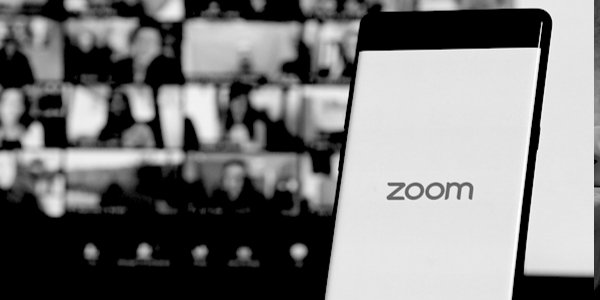 I’VE just been to a funeral in the South of France. Wonderful to see so many of my old friends again – and I didn’t have to leave my front room.

Unlike obsequies of the past, the smooth running of this one didn’t depend on people arriving on time by train, or funeral cars avoiding traffic jams; everything rested on the bereaved sending texts to mourners containing a link to Zoom.

Receiving and finding links is one of the new challenges of life. I was contacted on WhatsApp about the funeral, but couldn’t see how to send that information to my PC. I managed to do it by using my Zoom app online and writing in the ID number and code, but I nearly didn’t make it.

News of my friend’s death was originally sent to me on Facebook. I never look at my own page, as I am involved in two online chat groups.

Someone I didn’t know gave me the information about the death, on Facebook, and I went about feeling hurt for a few days, unable to understand why I hadn’t been told by my friend’s family.

That was not quite as bad as when my mother died and I heard nothing from several friends who’d known her well. I didn’t find their social media condolences until two years later.

I’m still a bit baffled about why people would choose to make a general proclamation of grief to the whole world rather than just ringing me up, or sending me a now old-fashioned email.

At 8.30am, we were all set up waiting for our ‘host’ to open our funeral ‘meeting’ and suddenly there was an array of faces, some I hadn’t seen since I left South London 30 years ago.

‘Oh Jane, you look so old,’ said one. A bit of a shock. Perhaps people who are now investing in plastic surgery to get themselves a better face for Zoom have got a point. Save Face, a UK register of accredited cosmetic surgeons, recently reported a 40 per cent rise in traffic to its website since the lockdown started last March.

We began greeting one another eagerly, but silence fell as we pinned the main image, the arrival of the coffin into the church 700 miles away. Well, almost.

During the service some older people who’d struggled valiantly to unmute themselves at the start, now found it difficult to re-mute, so we got a low burbling commentary of ‘Can’t hear a thing’, ‘Now what’s happening?’ ‘Those poinsettia look nice’ throughout, and another voice vainly hissing at them to be quiet.

The service was short, as so many of the family being physically absent meant there was no chance to turn it into a ‘celebration of the life’ of our friend as is now the fashion, with extensive eulogies from grandchildren.

The Zoom send-off is particularly suited to the old-fashioned English character, before public weeping and hugging became almost compulsory to avoid being seen as a bad egg.

Using a screen at long distance provides a perfect way to hide your emotions, no can to see your stiff upper lip wobbling, and there’s no need to make eye contact or conversation with anyone.

For the more sociable, there are drawbacks; our thumbnail chorus couldn’t follow the service to the crematorium or attend the small lunch afterwards, which is often the time when the catharsis of the funeral is completed; after the tears and regret, the relief of communal, convivial eating and drinking.

If the Covid crisis ever ends, perhaps many will go on choosing Zoom over pressing the genuine flesh. A wonderful window on a temporarily inaccessible world could easily become a locked door, but virtual reality can never create anything like the creative buzz of real people meeting face to face.

Let’s hope it won’t be too hard for some of us to come out of hiding again if the time ever comes.