NewsPaperthe art of publishing
HomeNewsThe Presidents Club one week on: the hysteria, the hypocrisy and the...
73

The Presidents Club one week on: the hysteria, the hypocrisy and the crimes that never happened 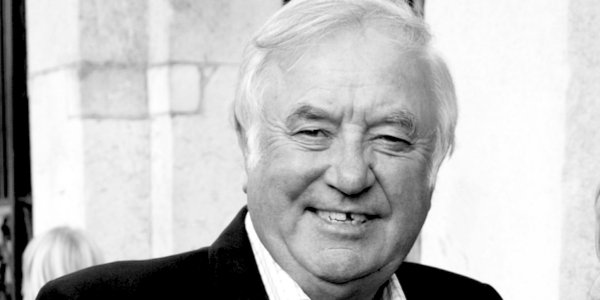 For elderly comedian Jimmy Tarbuck, the glory years have been and gone. Which is perhaps just as well, because attending the now notorious Presidents Club charity dinner, and remaining unapologetic for doing so, ensures that Tarby’s showbiz career will remain in his rear-view mirror.

Tarbuck – who says he proposed a toast, thanked guests and left without seeing anything untoward – is still the only notable attendee to have commented but not sought to distance himself from the event; instead, he rightly questioned why charities have been morally blackmailed into returning huge sums. Not that repentance helped others: despite instant public contrition by MC David Walliams, several publicity-hungry independent bookshops immediately cleared his works from their shelves, accompanied by press statements of ocean-going pomposity.

We saw political figures swiftly cast aside: charity fundraiser David Meller was immediately sacked from the board of the Department for Education, while Labour promptly sacrificed its spokesman in the Lords on business and international trade, Lord Mendelsohn. Both were punished not for their own misdemeanours, but for the apparent crime of being on a male-only guest list and of occupying the same room as an unspecified number of allegedly lascivious men. Conservative MP and minister for children and families Nadhim Zahawi escaped with a ‘dressing-down’ – not the most tactful term to use in a tale of scantily-clad hostesses – from Theresa May via the chief whip; but for nothing more than him having briefly shown his face at the event. There were petitions for his removal and a protest outside his constituency office, all fomented by the shamelessly opportunistic posturing of political opponents.

Leading the assault by tabling an Urgent Question in the Commons was, predictably, Jess Phillips – a professed pugilist for women, but who is strangely selective in whom she attacks. Because Speaker John Bercow indulged Phillips by declaring the Financial Times’s exposé to be ‘a matter of the utmost importance’, this allowed other female Labour MPs to deliver a series of sanctimonious speeches, each competitively ramping up the outrage regarding the minister. Zahawi had earlier given an assurance that he would never again attend any all-male event; he might now regret ruling out a potential refuge from Labour women.

Mind you, the Labour sisterhood was a model of restraint compared with the frenzied Maggie Chapman from the Scottish Green Party, broadcasting to the nation on the January 25 edition of Question Time. Spending the entire programme seemingly on the verge of a seizure, Chapman breathlessly denounced (from 23:15) Nadhim Zahawi as having ‘no place in the British Government’ and declared it an ‘utter disgrace’ that the PM had not sacked him, ergo ‘it shows just how little Theresa May really cares about genuine equality’. Though Maggie Chapman has not yet made it into the Holyrood Parliament, this overwrought prig is the impeccably PC co-convenor of the party which now props up the minority SNP Government. The rest of the UK should count its blessings.

It was interesting that one of the many things at which the splenetic Chapman fired the word ‘disgrace’ was the auctioning of cosmetic surgery for women, omitting that the full tongue-in-cheek, rhyming title was the much more even-handed ‘take years off your life or add spice to your wife’. From some of the hysterical reaction to this auction lot, one would think the spouse of the highest bidder was to be taken captive and forced under the knife. It is rather odd that affluent women having treatment in a Canute-like attempt to hold back the years are generally hailed as empowered, yet a husband or partner funding it by dint of a charitable donation is somehow reprehensible. Go figure.

For all the outrage generated about the Presidents Club event, which led to blameless men being cast from polite society and careers put under threat, one week on there remains precious little firm evidence of severe wrongdoing, such as serious sexual assault. All newspaper exposés of this nature rely on hyperbole – a point made on radio by Conservative councillor and businesswoman Tina Knight, a heresy for which she was forced out of her position as chair of the standards committee at Uttlesford council in Essex.

Even though the Financial Times had portrayed a bacchanalian hell, during an interview with Evan Davis the FT’s reporter Madison Marriage admitted that what she experienced wasn’t ‘high-level groping’; she also conceded that the role is one ‘plenty of the women genuinely enjoy’. It was odd that when asked for the worst she had heard from other hostesses, the two second-hand accounts were both of non-contact incidents: one of a man exposing himself during dinner; the other an exhortation to dance, knicker-less, upon the table. Gross behaviour, for sure; but even if accurate, neither act was directly threatening and both were the sort of vulgarity that could quickly be put down by a sassy response.

Davis’s Newsnight colleague Emily Maitlis had an interview with hostess ‘Anna’ and her mother, both with their backs to camera and camouflaged as though they were testifying against the Mafia. ‘Anna’ spoke at length of how her role had been that of ‘escort’ rather than hostess, while mum described how her daughter had returned home from a previous event so ‘incredibly upset’ that she telephoned the police, but they were unable to act. Following more than five minutes of empathetic frowning, Emily stunningly revealed that ‘Anna’ had ‘reluctantly returned this year’. Yes, ‘Anna’ had gone back for second helpings, admitting that this time she had ‘found it easier’. Despite having voluntarily returned for more, ‘Anna’ nevertheless declared herself ‘very happy and kind of amazed’ that the Presidents Club charity had been exposed and closed down. Make what you will of those mixed messages.

Not that it was only recent years from which the women in attendance had salacious tales. Former model Suzi Walker, who worked at the Presidents Club dinner several decades ago as a 19-year-old, recalled a ‘meat market’ where she and the other hostesses were treated as ‘garbage’. In fact, so unbearable was her experience that Suzi had been able to tolerate working at the event for only, er, six years.

For all the attempts to portray the Presidents Club as some charitable knocking-shop, other accounts are of it being no more menacing than typical carousing by over-privileged, boorish men. In this case, one suspects the true targets of the opportunistic moral outrage to be, first, men-only events, and secondly, the hostess industry itself. Because as demonstrated by the subsequent purge of decorative young women from darts and Formula 1, today’s militant feminists cannot abide that some of their sex hold views and make choices of which they disapprove. These soi-disant champions of women’s rights resent the agency of those who merrily trade on their looks and who, in the case of flirty hostesses, prefer to earn money buttering up men rather than lecturing on intersectional feminism.